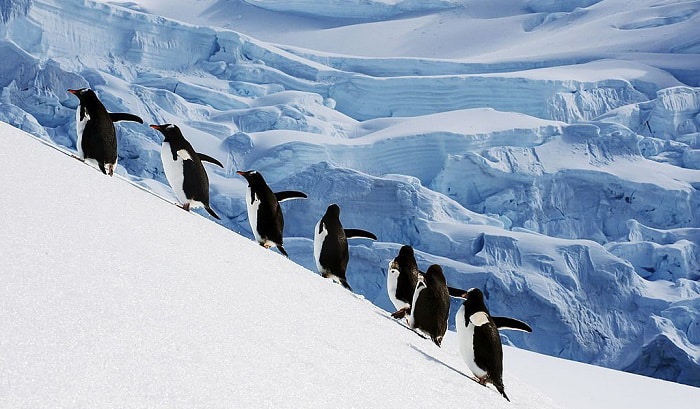 The fact is birds that can’t fly are not anomalies. There are over 57 avian species that have no ability to fly, but rather stay grounded for their whole lifespan.

The flightless birds may never know the joy of flying, but they have gained advantages on the ground. These avians have stronger legs, powerful feet, and adaptable plumage. Their body structure is built for survival.

Flightless birds have completely adapted to their surroundings and know how to survive. Like birds that can fly, these fowls have wings. However, their wings are more compact, and they don’t have an axial skeleton base.

Obviously, birds with no flight capability are year-round residents of their towns, cities, states, and countries. Their feathers safeguard them from the freezing temperature, and insulate their bodies while maneuvering water.

In this post, we feature a list of birds that cannot fly. Each fowl has a picture to make it easier for you to recognize these flightless birds. 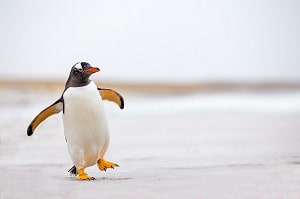 Penguins don’t have the ability to fly, and they can’t dance either. What penguins are good at is swimming.

They’re capable of staying underwater for almost 30 minutes, and their speed at swimming is incredibly fast (4 to 22 mph).

If you’re wondering how many birds can’t fly, then the answer is thousands. And some of them are the weka.

These birds are scavengers in nature, and they’re never afraid to come close to humans to ask for food. Wekas have an odd appearance with red eyes. 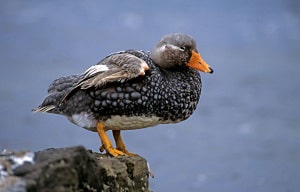 There are four species of steamer ducks, and none of them are capable of flying, possibly due to their DYRK1A gene. But despite their flightless nature, these fowls can drive away predators.

Ostrich is the largest flightless bird in the world. One large bird of this breed can weigh 290 pounds, which of course makes it impossible to fly.

Ostriches have long legs that allow them to run at 43 mph. However, the flightless state of ostriches is the result of evolution, since long ago their ancestors chose to stay on the ground rather than fly. 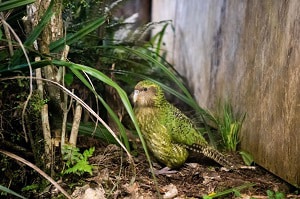 The kakapos are also known as the owl parrots. These birds are flightless, and there are fewer than 200 of them left in the world. Interestingly, these birds have a musky but sweet smell.

The main reason why kiwis can’t be in flight is because of their one-inch wings. They reside on islands, and since these parts had no predators in the past, their ancestors decided their wings had no use.

However, as islands are now populated by humans, the population of kiwis has declined. This is a result of the existence of mammals and new predators in their natural habitat. 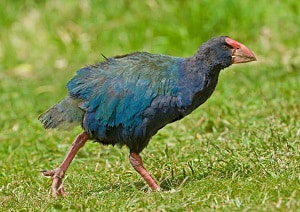 The takahe is from the rail family, which has no ability to fly. This species have short wings and lengthy feet and toes, which allow them to live on the ground all their life.

The takahes are vibrant, specifically with their crimson bill and legs and purplish-blue chest, head, and neck.

Some birds cannot fly mostly because over the centuries, they have lost that power, and the flightless cormorants are one of them.

Their wings need to be three times bigger for them to fly. Plus, they lack the full development of the keel on the sternum that is essential for flying. However, they are masters of propelling in water. 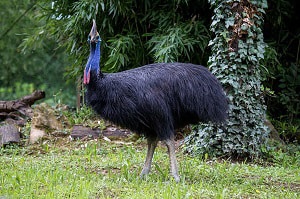 Cassowaries followed the ostrich and emu in the list of the largest avians in the world. Their blue head and neck are distinctive, and their massive physique, of course, makes it quite difficult to fly.

They have a mohawk head, and some may find them terrifying. In fact, at one time, the cassowaries were regarded as the most dangerous bird in the world.

The Campbell island teals don’t fly because they dwelled on islands. Unfortunately, this specific breed of birds is almost extinct, but wildlife preservers are trying to increase their population in the wild. 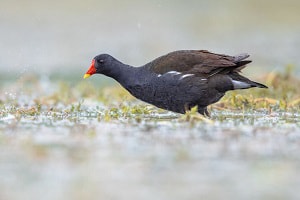 The original moorhen species originated from a remote island called Tristan da Cunha. But their population was wiped out in the 19th century, and a new breed emerged from Gough island.

These flightless moorhens are not able to fly due to their heavyset physique and chunky wings, but they’re good at travelling from one island to another.

The Guam rails are extremely good at running, though they cannot fly, despite their small physique. These birds are threatened by their primary predator, which is the brown tree snake.

This species is classified as critically endangered, though there are efforts to conserve it. 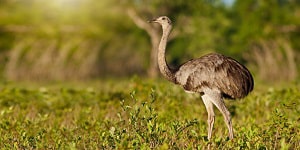 If you’re asked to name a flightless bird that is fascinating, you should consider the greater rheas. They’re not monogamous, unlike humans, and the males actually incubate eggs from their female mates.

The Henderson island crakes have lengthy orange legs and dark plumage. These flightless birds live on an island where plastic wastes are often gathered. And because they cannot fly, they’re stuck living with trash. 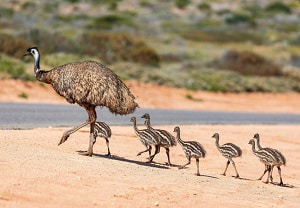 One of the amazing flightless birds is the emu. The emus are a close relative to the ostriches, but they are not as large as their cousins.

Their heads are a bit blue, and they can be up to 6 feet tall. Emus are extremely protective of their family.

The giant coots are fat, and that’s the main reason why they cannot fly. This species is native to South America and makes nests on water, which they often reuse.

The interesting part is young giant coots can fly, but as adults, they lose that capability due to their stout physique. 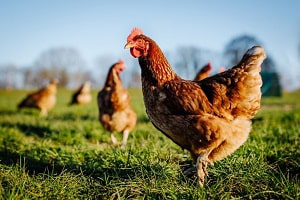 The domestic chickens made it to the flightless birds list because even though they can fly very short distances, they can’t do so for longer periods.

These birds are fattened in order to produce more meat. And so with their usual weight, they are not capable of flying.

The Auckland island teals are ducks that cannot fly, and they reside in islands where there are zero predators.

These fowls have a brown plumage, a speck of green on their napes, and a white eyering. They also have short wings. 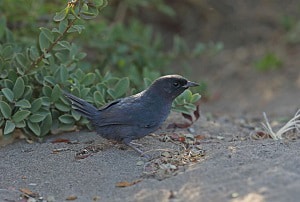 The scytalopus birds thrive in the mountainous areas, and though they can’t fly, they run fast. They are stout in physique with short tails and grey to black plumage.

These small fowls are hard to spot in dense vegetation due to their running speed. And because of this skill, they reduce their risk of extinction.

The magellanic steamer duck is a non flying bird that is mostly known as the Fuegian steamer duck. This bird species prefers the coastal regions, and they are quite large in size.

They can weigh up to 15 pounds, which definitely makes it difficult to fly. However, their wings are perfect for paddling.

The brown mesites are non-flying fowls that thrive in stuffy areas of the forest. They have the ability to camouflage their presence thanks to their brown plumage.

These birds like to stay hidden, which could be the reason why they don’t fly. But of course, the overall physique of the brown mesites renders them flightless. 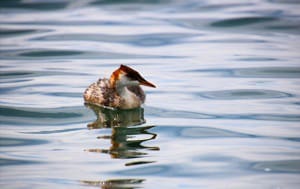 If you’re looking for more information on what birds can’t fly, then you should know about the titicaca grebe. This species has short wings and a dark belly.

And even though the titicaca grebes are flightless, they are exceptional and can reach a diving speed of 2 knots. 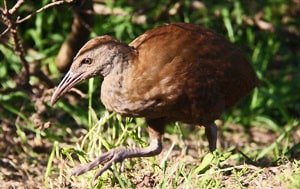 The Lord Howe Woodhens are a member of the rail family. They are a highly endangered species, but of course they try to live and multiply. The woodhens have only one mate for their whole lifespan, and they’re quite territorial in nature.

Junin grebes are exclusive residents of Lake Junin, and they’re unmistakable thanks to their red eyes. They are few in number, but they continue to breed to increase their population. As flightless creatures, Junin grebes eat tiny fishes. 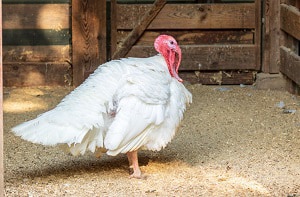 The flightless bird with longest name on this list is the broad breasted white turkey. The incapability of this fowl to fly is caused by a selective breeding system.

They are made to have higher weights and often suffer from health problems as a result.

Birds that can’t fly include ostriches, penguins, grebes, rails, steamer ducks, and many more. They have evolved into a flightless existence over the centuries, and can now survive without flying.

Flightless fowls are non-migratory and are typically larger compared to birds that can actually fly.

We hope you learned new things from this post. Kindly share this to your friends, and let us know what you think.