When we think of our feathered friends, we often think they eat seeds, berries, and insects. But did you ever think of birds that eat other birds, too? After all, most avian species are categorized as omnivores!

Now, we got your full attention and curiosity about the bird eating bird topic. We are here to bring answers and information about it. Birders and the bird-loving community will find this helpful in knowing more about the birds they see in the wild. Let’s get started!

10 Birds That Eat Other Birds

If you think only large birds do this, there are also small birds that eat other birds! We have a list of avian species that feed on other birds. 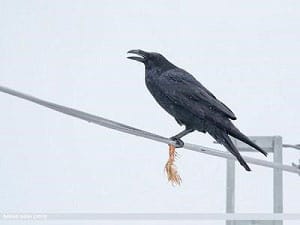 Also referred to as the Common Raven, these black birds are massive and are widespread in various habitats. American Ravens are brilliant in utilizing its beak and different tools to find shelter and defend their territories.

Their diets can vary depending on the food sources available and their location. It mostly comprises berries, small animals, eggs, and baby birds. You can also spot them scavenging for food from landfills and on the lookout for other predators’ meals. 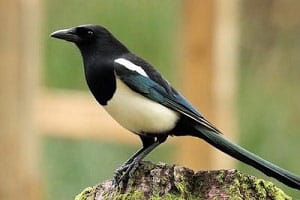 These birds are ranked as one of the most intelligent creatures in the world. Magpies can recognize themselves in the mirror! They are present in Asia, Europe, western North America, and other temperate regions.

The black and white bird is equipped with a strong and sharp bill that it used to dig, pick, and cut. Magpies eat other birds, invertebrates, grains, wild berries, and sometimes young rabbits. In the breeding season, you can observe them stealing eggs and fledglings of other birds. 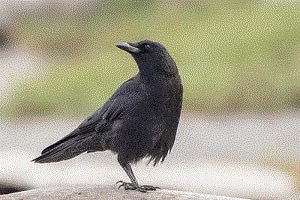 Crows are known for their harsh cawing and can be spotted throughout the continent from beaches to open woodlands. You’ll recognize them with their unique flight style of patient and orderly flapping.

Crows eat other birds, almost anything. They are omnivorous and will eat anything they can find, as long as it is edible. If given the chance, they will attack mallards and sparrow nests for protein-rich food.

The hunched posture and stocky appearance of this bird are one of its notable features. These birds are more active at dusk and night, foraging through wetlands like ghosts. They can be seen in every continent except Australasia and Antarctica.

Black-Crowned Night Heron has a diet that consists mainly of fish. They also feed on snakes, squid, rodents, and carrion, and sometimes they eat baby birds and eggs. 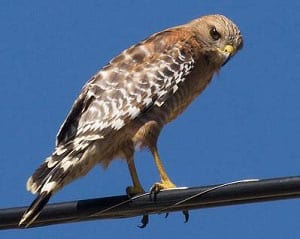 Red-Shouldered Hawks are part of the raptor family. Their reddish shoulders are their distinctive feature, along with their long legs and broad wings. You can find them in riparian areas, woodlands, and forested regions.

This hawk-eating bird is an opportunistic and skilled hunter. Aside from small birds and carrion, their diet consists of insects, frogs, reptiles, fish, small mammals, and crayfish. 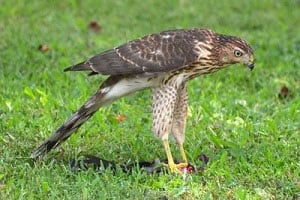 This woodland hawk is a nimble and sneaky hunter and a powerful and quick flyer. Cooper’s Hawk is a bird of prey from the family of accipiters, which means their main source of food is other birds. After ambushing their prey, they squeeze them to death with their sharp claws.

These hawks that eat birds also feed on small mammals and sometimes insects and reptiles. 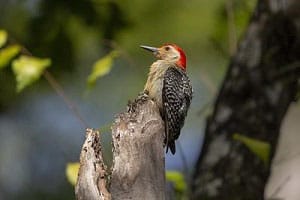 The Red-Bellied Woodpecker is well known for its ladder back and red spots on the crown and nape. Their bellies only have a tint of red, which is hardly visible from afar. These birds live in riverside woods and swamps but recently adapted to the suburbs.

These woodpeckers eat other birds’ eggs. Their diet also includes small fish, insects, nuts, berries, and peanuts. You can find them storing food in tree holes and crevices. 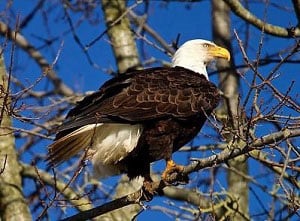 The United States national avian can be recognized with its snowy white head feathers. They are impressive birds with good eyesight and a large body. Their strong beak and large claws are used to hunt their prey.

Bald Eagles are flesh-eating birds, with fish and birds on their diet. They feed on living animals, including big ones like fawns and carcasses.

Also called buzzards, these birds have a bad reputation due to their bald and wrinkly faces. They are also called nature’s garbage disposal because of their inclination to eat carrion. But because of this, they play a significant role in the environment.

Other than the mammal carcasses, Turkey Vultures also feed on the remains of birds, reptiles, amphibians, and invertebrates, depending on which region they live in. They also eat rotten fruits and insects once in a while. 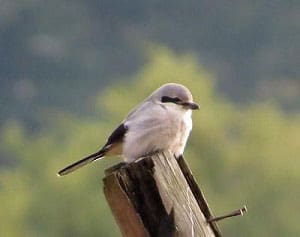 This gray songbird is medium-sized and is often confused with Loggerhead Shrikes. Northern Shrikes prefer semi-open habitats during the winter and settle in open woodlands during the warm months.

Their diet consists mainly of small vertebrates and insects. They rely heavily on eating other songbirds, small mammals, and sometimes lizards as their food source throughout the year. You won’t see them feed on plants and fruits. 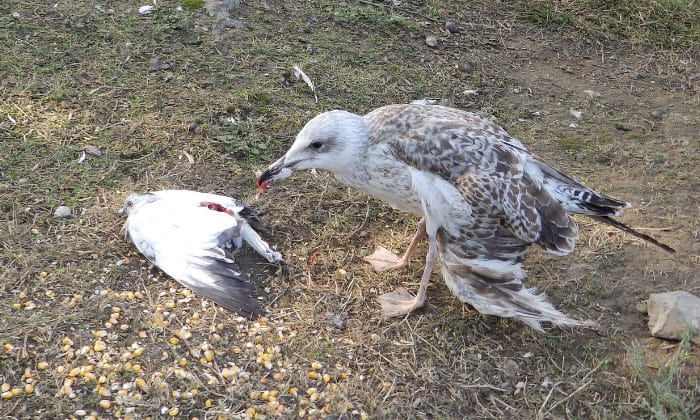 Why do birds eat one another?

There are several explanations for this:

Is birds eating other birds cannibalism?

Yes. This behavior could either be in their nature or because of some environmental reasons or situations which are mentioned in the previous question. Cannibalism is more common when the species face little to no supply of food and water.

Do birds eat other birds eggs?

There are avian species eating other birds eggs. One example is starved pigeons will resort to eating bird eggs when there are no other things to eat in their surroundings. They might even consider eating their eggs to survive. But this rarely happens and is not how they are regularly.

What is the well-known predator of bird?

Cats, both domestic and feral. Studies showed these animals killed over 1.4 billion wild birds annually, and the number is still rising with each passing year. Other predators of birds are snakes, deer, raccoons, squirrels, and birds of prey.

Predatory birds such as hawk eating pigeon, falcons, and owls feed on pigeons. The flight ability that they use to escape their land predators is deemed useless when pigeons are faced with these bird species.

Hawks are carnivorous and feed on any bird small enough for them to hunt. Some of the hawk species that devour small birds are Cooper’s Hawk, Northern Goshawks, and Sharp-Shinned Hawks.

Hawks eat cardinals, including their fledglings and eggs. Other birds that eat cardinals are the Northern Harrier, Great-Horned Owl, American Kestrel, and other predatory birds.

Did you learn a lot of new things about birds that eat other birds? Do you find the fact that species like hawk eating birds interesting, pitiful, or gruesome? This piece of fact might come off as a surprise to many, which is why we added more information related to this topic. We hope you acquire some new knowledge about these birds.

Have you ever witnessed a bird eating its kind, whether it is an adult, a fledgling, or an egg? Do you have some interesting facts to share with us? Comment below! We like to know what you have to share with us.