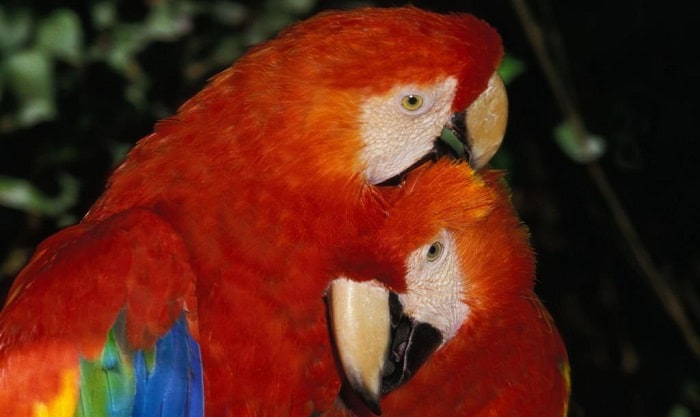 The fact is, 90% of the avian species in the world are birds that mate for life. These feathered creatures include owls, geese, vultures, cranes, swans, condors, wrens, and eagles.

Each pair has one partner for every breeding period. As mates, they’re romantic, and as parents, they’re caring.

Indeed, faithfulness from these outstanding birds is something to imitate.

When the breeding season comes, various bird species participate in mating, laying eggs, and raising chicks. Nesting is a part of the cycle of a bird’s life. And it’s certainly fascinating to learn that there are socially monogamous birds in the world.

In this post, we will unearth a list of birds that stay with one partner for the rest of their lives. 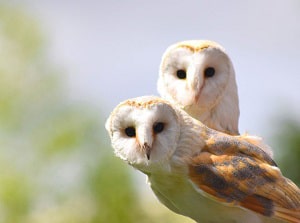 Barn owls are adorable bird species that spend all their lives with only one partner. The pair bond forever, unless one of them leaves this world first. During courtship, the males offer a gift of dead animals to the females.

In courtship, both sexes emit unique tunes that express their affection for each other. Once these birds pair up, they build a nest and start their own family. 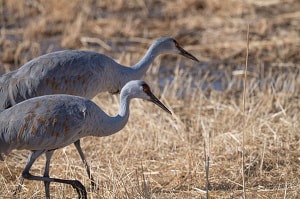 Sandhill cranes are monogamous birds that bond closely and mate for life. The male and female bird value family the most, and they have five courtship dance displays:

As long as both partners are alive, they love each other unconditionally. 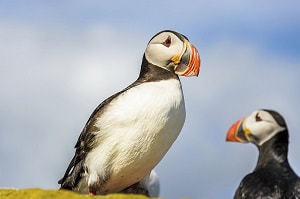 Atlantic puffins are birds that mate for life. They build their nest for the eggs on land, and raising young is an effort from both parents.

These bird species are extremely sweet, and they’re not ashamed to show the world how they feel. Atlantic puffins often kiss in public, and spend time in the seas outside the breeding period. 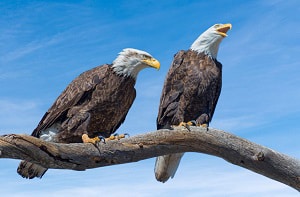 Bald eagles are not backyard birds, but humans love them because they’re some of the strongest and powerful members of the animal kingdom. When sexual maturity is achieved, these birds mate for life.

During courtship, a male and female bald eagle perform a Cartwheel Display. And then the pair of bald eagles generate 1-3 chicks.

As the symbol of the US, the bald eagle is definitely well-known. This avian is also the representation of everlasting love. 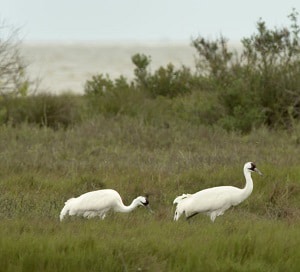 Birds mate for the primary purpose of producing eggs and raising baby birds, and the whooping cranes are no exception. They find a new mate when it’s time, build their own nest, and stay together forever.

As parents, they dote on their young and intensely protect their families.

Whooping cranes are notable for their dance performances while courting. This bird species aims to make their mates happy. And whooping cranes are absolutely romantic. They show their affections even outside of the breeding time frame. 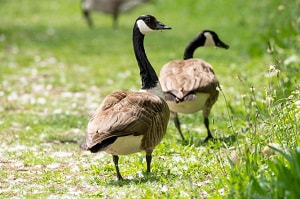 Geese are known to be monogamous birds that mate with just one male or female. They view their roles as lovers seriously, and they will never leave the other even if their mate is immobile or on the verge of death.

As super romantic birds, this geese breed prefers to stay alone after their partner dies. Indeed, the geese can survive a life of solitariness rather than find another partner. Their love is certainly eternal, which is something that humans can learn from. 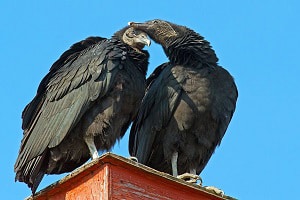 This may come as a surprise, but one of the birds that stay together for life is the black vulture. Once the black birds reach sexual maturity, aerial displays of courtship begins.

Male black vultures court the females by diving into them, and once the relationship’s established, they produce offspring and baby birds.

Pairs of black vultures stay together all the time with the same mate. They never go astray, and are known to stick with their families and exclude others from their circle. 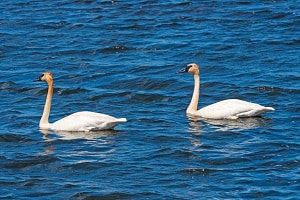 Birds mate, but not all bird species have one life partner.

Interestingly, trumpeter swans find their life partners at a very young age, and though some may move on to other mates from one breeding season to another, you can come across trumpeter swans that have only one lover.

However, they will only engage in breeding once they reach their fourth year of existence. And then the pairs perform copulations, make use of their nests, and incubate eggs. 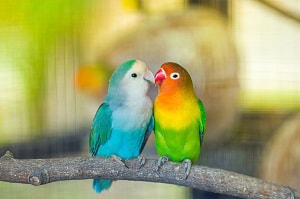 Unlike house wrens, small birds like the lovebirds choose their own mates and stay with them forever. Lovebirds are extremely devoted avians, and one male performs a courtship dance to woo the potential partner.

The two birds participate in incubating eggs and caring for their chicks. 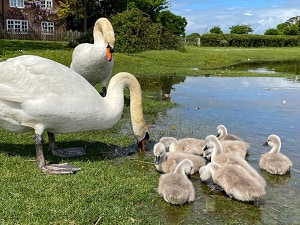 Like most birds, the mute swans have one mate during the breeding season. Both sexes participate in raising young cygnets. And in the next nesting period, they may use the same nest or create a new one.

Since this bird breed has longer incubation periods of 34-41 days, the territorial parents defend their homes with intensity.

And during the courtship period, the heart-shaped necks of these beautiful creatures are entwined. If one of the pairs die, the widow or widower swan grieves like humans do. 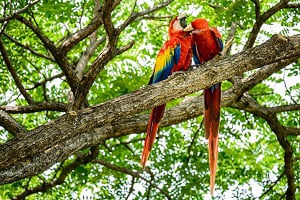 Genetic monogamy seems to be embedded in the DNA of the scarlet macaws. These loyal birds have the same mate for their 33-75 years of existence. But if one partner dies, a scarlet macaw will find a new partner for the next breeding season.

With their own mates, scarlet macaws produce up to four eggs per nesting time. And outside the breeding period, the gorgeous pairs of colorful avians spend time with each other. 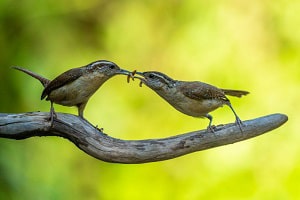 Carolina wrens are beautiful songbirds that engage in monogamous bonded pairs with one partner only for life. The nesting sites of these avians are found in their natural habitat, but humans can also find nests in residential structures.

These passerines are also backyard favorites, and they like visiting feeders and birdbaths.

Unlike other birds, the chicks of this breed of wrens don’t have more than one father. In every brood, females produce up to four eggs. And the parents raise the young together while safeguarding their homes. 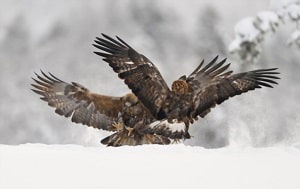 Golden eagles participate in the breeding season by performing aerial displays and then breed successfully. They’re known to be loyal avians that are sweet and loving to their partners. And when mating, the copulation takes up to 20 seconds only.

Additionally, golden eagles don’t just engage in coupling during the breeding months. They also mate outside of the nesting period, which, of course, solidifies their bond to each other.

And if one partner dies, the surviving partner feels the loss for a long time. 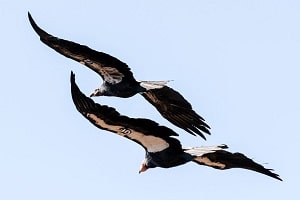 California condors are American birds that have only one partner for their lives. They part and search for another mate only when one dies and the remaining bird feels lonely.

These larger birds prefer to build a family in caves or cliffs, but they often don’t gather any nesting material.

The average clutch size is one only, and both males and females take their parenting responsibilities seriously. The two birds are exceptional parents as they care for their young condors for about six months.

Birds that mate for life are cranes, owls, geese, condors, swans, vultures, wrens, and eagles. They are loyal avians that are loving, sweet, and protective of their family. These bird species vary in courtship and general nesting processes, but they’re similar in terms of having one partner forever.

Kindly help us spread the news about the admirable pairing of these 14 bird breeds to the world. And if you have further inquiries, suggestions, or ideas, please feel free to leave us a message. We would love to hear your thoughts about this topic and connect with our readers.