8 Birds With the Largest Wingspan and Facts About Them 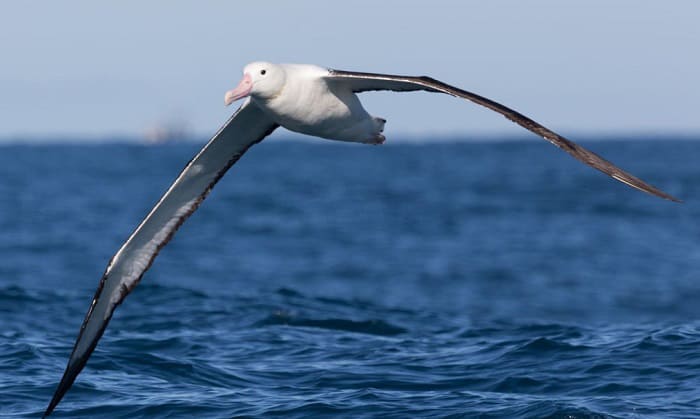 Birds are excellent gliders, and you can see them almost everywhere. Their majestic wings take them to places and make some of us curious about how wide they can get.

Many fossil evidence have revealed that the largest wingspan bird in the world is now-extinct and far larger than what we have at present.

If you are one of the many wondering about birds with the largest wingspan, you are in the right place where you can get the answer to that question.

Let’s find out the largest wingspan bird to exist today. The Albatross!

8 Birds With the Largest Wingspan

What bird has the largest wingspan? The answer is the Albatross. Seven other bird species made it to the list of eight birds with exceptional wingspan. Here’s a list from the bottom to the top. 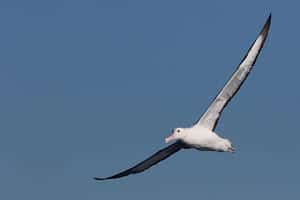 The Diomedea Sandfordi lives on the Chatham Islands in New Zealand. Despite being endangered birds, their numbers are steadily increasing. They are known for their intricate mating rituals done in the air and on the water. 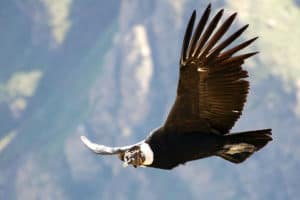 The Vulture Gryphus lives in the Andes mountain range. These scavenger birds prefer sticking to flightpaths they are familiar with or those where they can use mountain air currents. The thermals and wind in the mountains can keep their bulky weight aloft. 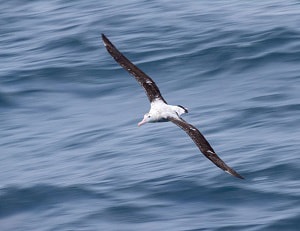 The Diomedea Antipodensis is an endangered bird species in the South Pacific. One reason is because they only lay eggs every two years, with both the female and male sharing the responsibility of incubating the eggs. They always return to where they were born to lay their eggs. 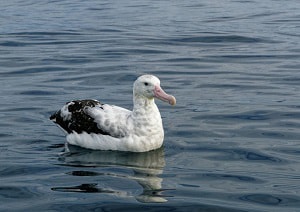 One cannot deny the massive wingspan of Diomedea Dabbenena. The Tristan Albatross is critically endangered since they mate for life and only breed every other year. 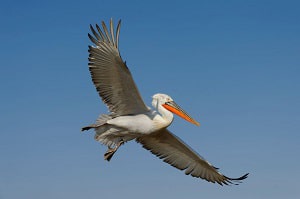 The Pelicanus Crispus also holds the title of being the heaviest flying bird in the world. It can weigh up to 15 kilograms and stand almost two meters high. It is a social bird and is the most prominent member of the Pelican family. Although it may lack grace on land, it can fly and swing powerfully. 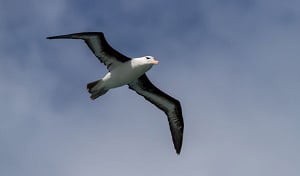 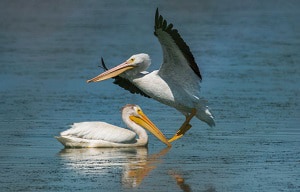 The Pelecanus Onocrotalus is a large bird living in the shallow swamps of Africa. It has short but strong legs that allow it to swim just as powerfully as it flies with its wide wingspan. Taking off from the water surface is a piece of cake, thanks to its fully webbed toes. 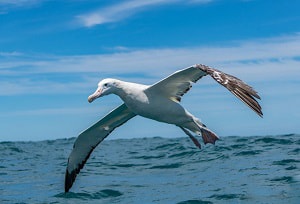 With a wingspan of over three meters, the Diomedea Exulans is the biggest flying bird in the world alive. It is no surprise that they can glide for long distances without flapping their wings. They spend most of their life flying, which defines their wandering lifestyle. The only time they land is to feed and breed.

Learn more about the largest flying bird in the world in the next section.

Facts About the Largest Flying Bird 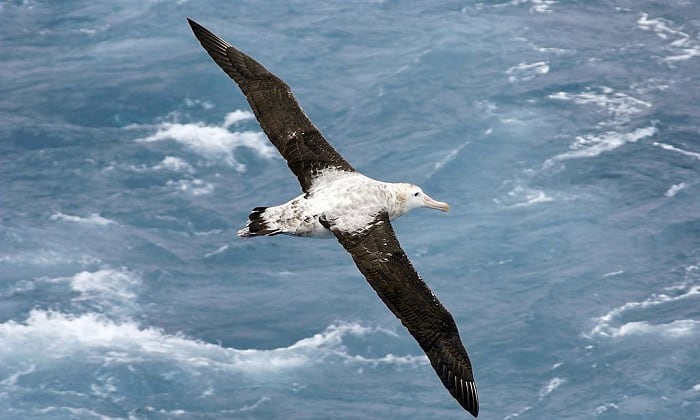 Topping our list as the biggest bird that can fly, there are many exciting things about the Wandering Albatross. These white birds with grey-black wings and hooked bills are also referred to as Snowy Albatross and White-winged Albatross.

They have wandered through all oceans, except the North Atlantic. The reason why these birds no longer venture here and become extinct is still unknown.

Their diet includes crustaceans, cephalopods, and small fishes. Wandering Albatross make shallow dives when hunting for food, and they can stuff themselves full until they are unable to fly, so they just float on the water. You can also find some following ships as the hope to feed on the garbage.

Wandering Albatross can live for over 50 years and fly up to 40 kilometers per hour. They mature sexually when they reach 11 years old, start courting, mate for life, and breed.

Their mating season begins in early November, with the egg-laying occurring between the middle of December and early January.

Due to their size and way of life, Wandering Albatrosses have nearly no natural predators. The only threat known to these birds are invasive species that roam around their nesting grounds and fishing vessels that often unintentionally snare the birds while they are going after fish.

Above are basic information about Wandering Albatross, but there are other interesting and wonderful facts you might want to know about these birds.

Wingspan, sometimes referred to as span, refers to the distance from one bird feather tip to the other wingtip. This analogy is also commonly used for aircraft and other winged animals. This is how we determined the bird with biggest wingspan by comparing the length in meters.

If we apply it to humans, it is the space from one fingertip to another of outstretched arms. We call it the arm span in this case.

How to Accurately Measure Wingspan

The specimen is laid flat on its back with wings grasped at the ankles and wrist joints for birds. The wingspan is then measured from the tips of the longest primary feathers of each wing. The process can be a bit different for other winged animals.

Yes. There is a discovery of patterns in the data collected that proved longer wingspans suggest longer flights. But while an enormous wingspan does help birds fly long distances, it is not the only factor.

The Wandering Albatross are birds with the largest wingspan. Alongside this majestic bird, several others have a large and impressive wingspan. They are all monumental with their unique traits and strong wings that can take them miles.

There is so much more to learn about the longest wingspan bird, but we hope that this article gave you some fascinating facts. Have you seen one or several of them up close? Among all the birds on the list, which one is your favorite? Please share your thoughts with us in the comment section below!