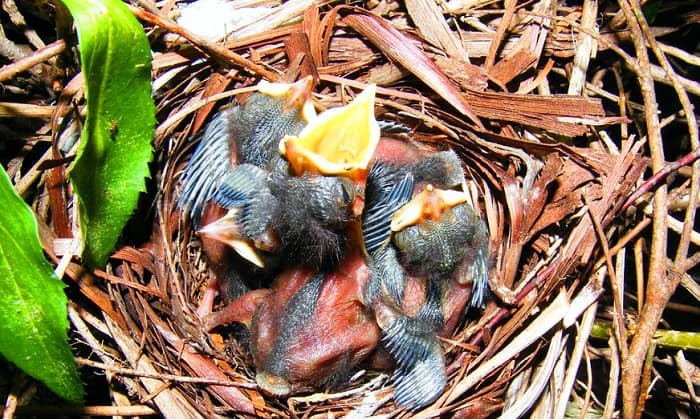 Can birds pick up their babies? Sadly, most birds cannot do it since they have weak muscles that cannot handle holding their baby while running or flying. Most bird species have weak claws and beaks, which are not ideal for picking up their fledglings.

That’s not to say there are no birds that can carry their offspring. There are always exceptions in the animal kingdom.

That is also why the baby bird you saw on the ground remains there with no mother bird in sight to pick them up. To learn more about this topic, read on.

Can Birds Carry Their Babies? 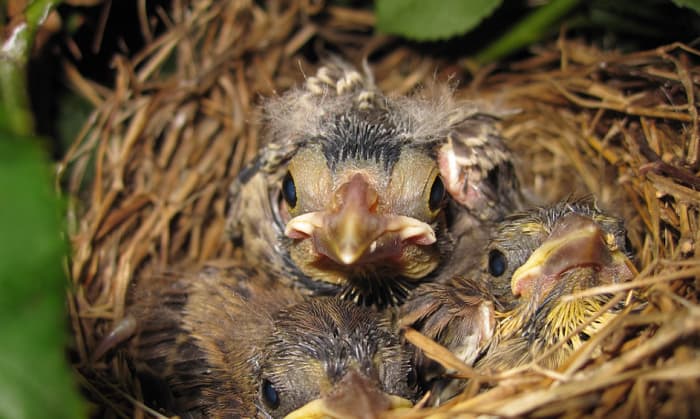 Most bird species do not have the build to lift heavy weights. Their beak and claws are too weak to support the weight of their little ones. This means they cannot carry and move them.

However, there are a few exceptions.

They certainly can carry their offspring, but sometimes, they do so to discard those babies to reduce the burden of raising and feeding them.

Ornithologists have listed 16 bird species that can pick up a baby bird. These include Cuckoo, Virginia Rails, Woodcocks, Clapper Rails, Willets, Gallinuts, and Chachalacas.

Do Birds Carry Their Babies While Flying?

If you witness birds carrying babies for a short moment, it is probably coincidental. This happens from time to time when the chick is stuck to the parents’ undersides.

Can Birds Get Their Babies Back in the Nest?

It is normal behavior for baby birds to leave the nest before they can fly properly.

That is why you can find them in bushes, branches, or on the ground. Most mother birds still feed their nestlings wherever they end up.

However, the mother bird will not pick them up to reunite with their siblings in the nest.

Most birds cannot since they are not physically capable of carrying their babies back to the tree or above the ground where their nest is.

Only 46% to 73% of fledglings survive in the nest. There are several causes of baby birds disappeared from nest, and falling from it is among the reasons.

Reasons for Birds Throwing Babies Out of the Nest

There are circumstances when mother birds push babies out of nest. They mainly do this for the survival of their brood.

Throwing out baby birds from the nest is pretty common, especially for first-time parents, as they are not sure of what to do.

Will a Mother Bird Abandon Her Baby if I Touch It?

It is a myth that the parent bird will not accept the baby chick if you touch it.

Birds with their poor sense of smell cannot identify any unfamiliar scent on their fledglings. They won’t recognize if a human touched their offspring or came in contact with their eggs or nest.

Therefore, a simple human touch is not why parent birds abandon their babies, eggs, or nest.

Can Robins Pick Up Their Babies?

Robins are large songbirds, but like most avians, they lack the strength to pick up and carry their baby birds.

If you come across a young featherless robin on the ground under their nest, return it to their nest. Otherwise, leave it where you found them since they’ll soon learn to fly.

Bring it to a licensed wildlife rehabilitator if you find it in an injured state. It is against federal law to be in possession of any wild native American bird. Raising a wild robin in captivity will get you in trouble with the authorities.

What Birds Carry Their Babies on Their Backs? 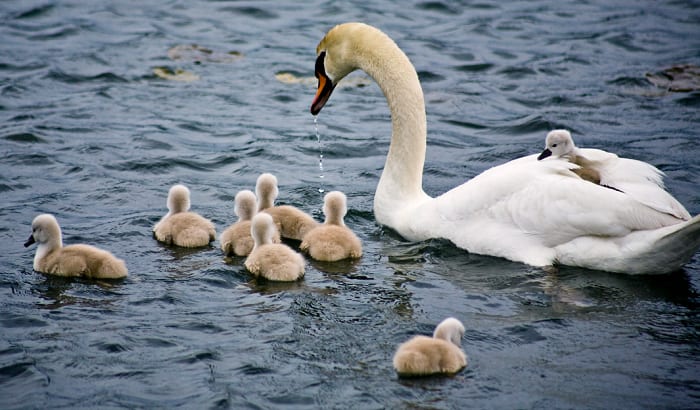 Swans, loons, coots, and grebes are birds that carry babies on back. This behavior is referred to as aquatic carrying and is more commonly seen in birds living in wetlands, which are infrequent fliers.

By observing their large bodies, small broods, and younglings that grow slower than most bird species, it seems like this type of carrying is designed especially for them.

The parent bird lets baby birds hop on their backs. The young ones will clamp their bills on the adult’s feathers to hang on for security and avoid falling into the water. This is a more manageable way birds move their babies.

Can birds pick up their babies? Most avians cannot since it is not within their ability. While it is rare to see birds carrying their babies amid flight, they can pick up and transport their fledglings in certain situations and conditions.

Next time you see a bird on the ground, you know the possibilities of why it was there and the reason its parent is not bringing it back to the nest.