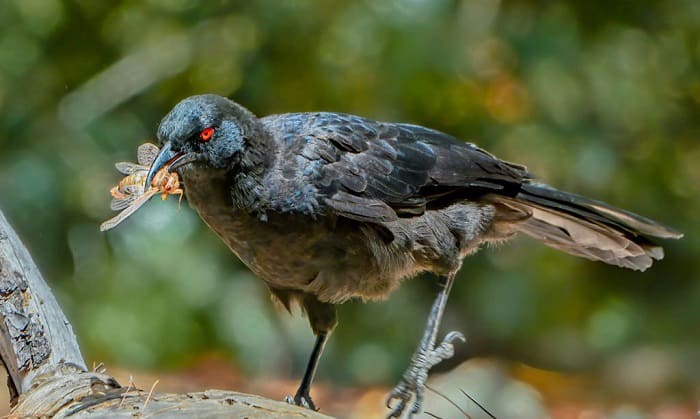 Do birds eat cicadas? Of course, they do since these adorable feathered creatures love insects. In fact, many avian species feed on cicadas. They include woodpeckers, robins, jays, cuckoos, crows, owls, hawks, ravens, falcons, and sparrows.

However, cicadas are not a year-round meal for the birds. This insect appears only during the summer for the annual cicadas and once every 13 or 17 years for the periodical species. Aside from birds, animals like raccoons and pets also feed on cicadas.

All the bird species love to catch and feed on insects. And cicadas are no exception. When it’s time for this insect breed to crawl from the earth and into the world as nymphs, they come in millions. Their mass existence makes it easier for predators to feast on them. But what birds eat cicadas? 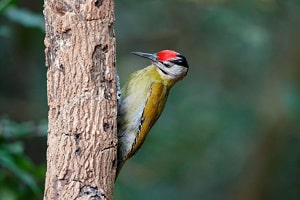 There are over 15 breeds of woodpeckers that love to feed on cicadas. They prefer the adult ones instead of the nymphs or larva. But of course, it takes only a couple of days for the cicadas to mature, so what they don’t eat in the first week of emergence could be their meals in the next.

Woodpeckers are gifted with robust beaks to peck and hunt seamlessly. 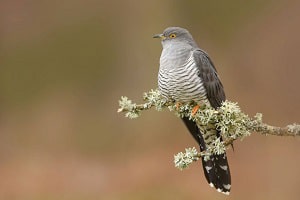 The cuckoo is found in every lowland and forest in the world. And cuckoos like to feed on insects which, of course, include the cicadas. They also eat critters and smaller animals. 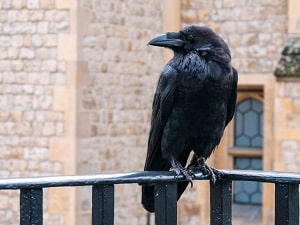 The black ravens have excellent hunting capabilities that make catching cicadas effortless for them.

These large birds are fond of insects, and so they feed on cicadas when they come out from the earth. And in the months or years that cicadas are still below the ground, they eat other insects. 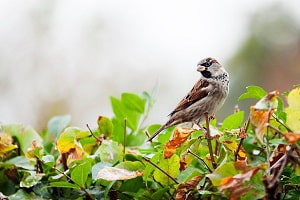 Nymphs are baby cicadas in the second stage of the life cycle of this insect. And sparrows prefer to feed on nymphs. They don’t really have a fondness for adult flying insects.

However, for the sparrows to catch the nymphs, they need to be watching at the earliest time of the cicada emergence period. 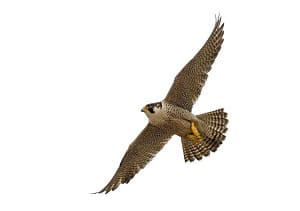 Falcons are fond of hunting animals like rabbits, but they also eat large insects. Cicadas are big, and they are millions in population when they emerge from underground.

Plus, cicadas are rich in calories, and falcons love to build up their body proteins and other essential vitamins. And with the speed of this bird breed, hunting cicadas is an effortless process. 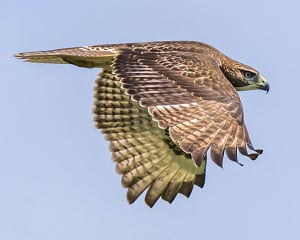 As a beast of prey, hawks hunt for their meals with a swiftness that awes birders. They like feeding on smaller birds, but insects are part of their diet too.

And thanks to their fast-diving skill, hawks have no problem catching cicadas and feeding themselves as well as their baby birds. 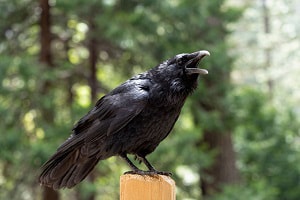 Crows are notorious scavengers, and they are always in search of food. When it’s cicada season, this avian species hunts in groups and feeds on as many cicadas as they can get their powerful beaks on. And while they feed on these large insects, people nearby can hear their bird calls. 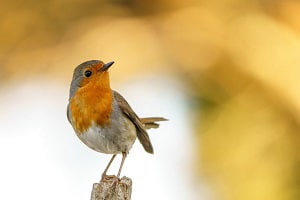 Robins are recognized as one of the bird breeds that are serious beasts of prey of cicadas. They simply love insects and feed on earthworms most of the time when the cicadas are not present. 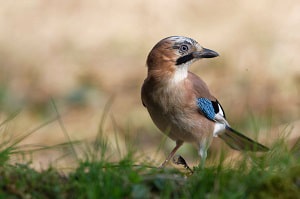 At night, jays serenade the world with their loud songs, especially when they roost in the forests. As part of the crows family, jays eat fruits and insects.

And when cicadas are above ground, they feast on them until they have their fill, or until cicadas die naturally. 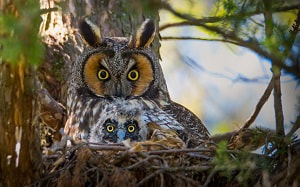 The exceptional eyesight of the owls makes them superior hunters. Owls hunt better at night, and they opt for larger insects like the cicadas. 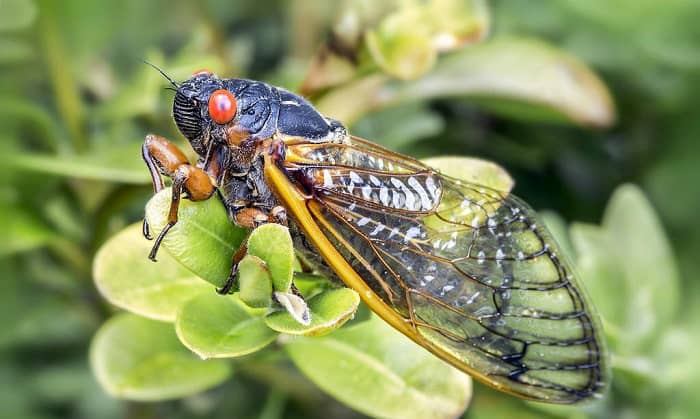 An exodus of 1.5 million periodical cicadas per one acre of land emerges in Maryland every 13 or 17 years. This happens from May up until July, when the temperature is at least 64 degrees.

The female cicadas lay eggs, and the nymphs stay underground for years until it’s time to wake up.

There are also annual cicadas that come out from the ground every summertime. These insects become food to nestlings as their emergence coincides with the hatching of baby birds. 70% of the meals of young avians consist of cicadas.

Cicadas are insects that have a lifespan of a few weeks only. They have bulging eyes, three tarsi joints, transparent wings, with a short head antenna.

Their buzzing sound is so loud that they drown the songs of birds as they feed on the cicadas.

The annual cicadas live on the ground for one to nine years, but some of the nymphs come out each year, while the remaining larva stays underground.

On the other hand, the periodical cicadas live on the earth for 13 or 17 years. The nymphs do not rise above the surface until the expected year.

There are approximately 3,000 species of cicadas in the world, and predators of cicadas include birds, reptiles, arachnids, mammals, animals, marsupials, larger insects, fungus, pets, rodents, fish, and even humans. However, the beasts of prey can only feast on these sumptuous insects once a year or every 13 or 17 years.

Why Birds Feed on Cicadas 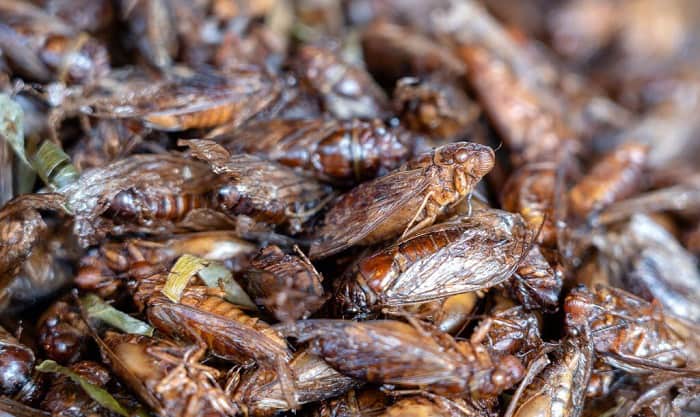 Cicadas are non-toxic flying insects that come from underground in a massive group of millions. The list of cicada predators is long, but birds specifically love to feed on these insects. This is mainly because cicadas are rich in protein.

What animals eat cicadas are probably the same creatures that feed on birds. All creatures that consume cicadas turn out to be healthier. This is all thanks to the protein, vitamins, calcium, potassium, iron, zinc, and magnesium in their bodies. And it is even noticed that the bird population increased after the emergence of cicadas.

The question “do birds eat cicadas?” has been answered with a resounding “yes!”. Cicadas are annual and periodical insects that consist of 50% protein and essential nutrients. And so birds love to feed on them, as well as other animals.

Cicadas have a very short lifespan, but they stay under the earth as a larva for months and years. They are healthy to eat and are not a threat to the environment.

We hope that you found new insights from this post. Kindly share this knowledge with your social media and friends.

Furthermore, discover other articles on birds: