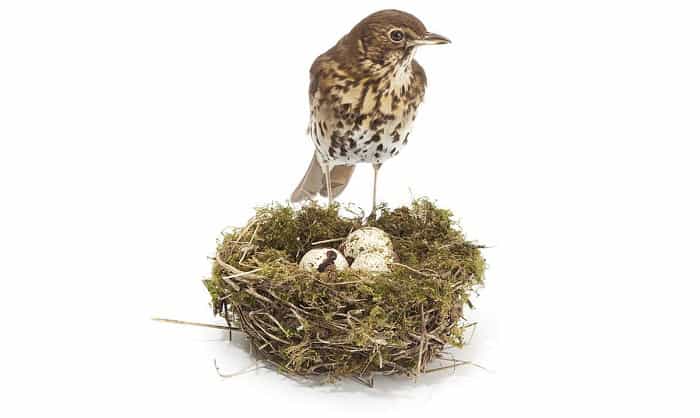 Obviously, avians can reproduce, as evident with the eggs they lay and the chicks they create. But do birds get pregnant? The fact is only humans and mammals can actually experience pregnancy.

Facts About How Birds Reproduce in the World

How do birds reproduce if they can’t get pregnant? They find their mates when the breeding season comes and copulate to produce eggs. But how exactly does this process work? Keep an open mind, and let’s explore the cycle of bird reproduction.

1. Are Birds Equipped With Genitalia

As avians, birds are not born with external genitalia like humans and mammals do. And so it’s best to let go of the common perception of a sex organ in order to comprehend the cloaca in birds.

This is a vent opening or an interior chamber where birds discharge their poop, urine, sperm, and eggs.

Typically, birds are ready for mating after a year of existence. At this time, their testes are filled with sperm from their bodies, and there’s no scrotum like mammals or humans. And when it comes to female birds, they are only gifted with one left ovary, and not two like humans.

And due to the absence of a dangling penis, the male and female birds are mostly not distinguishable.

During the breeding season, the swelling of the cloaca for both sexes is a natural occurrence. This means that the avians are ready to find a mate and copulate. And then the courting process begins.

In order to breed, birds engage in a courtship process. The males showcase their flying skills in front of their prospective mates, as well as show off their vocal capabilities.

90-95% of birds are monogamous, such as the albatross, sandhill cranes, bald eagles, and Californian condors. This means they can have one mate during their lives.

But there are also bird species that are polygamous in nature, such as the house wren, wild turkey, saltmarsh sparrow, and red-winged blackbird.

Birds can build their nests before or after they copulate, but one thing is for sure: spring is the common mating season.

3. How Do Birds Perform Sex

After finding the right mate, the male and female birds rub their cloacas at each other. This is the time when the sperm enters the opening vent of the female birds and journeys towards the internal chamber. This is basically how birds mate and reproduce.

Contrary to many beliefs, and as much as it’s fun to think about it, birds don’t have sex mid-flight. They have one sexual act position only. And their sexual performance is referred to as avian insemination.

During sex, the male bird positions himself on top of the female partner. The female mate then reveals her cloaca by shifting the tail aside, giving way to the male to rub against her. Sex between birds does not involve any penetration since there is no penis.

The copulation happens for a few seconds only through, and is commonly known as the “cloacal kiss.”

4. How Are Bird Eggs Formed

As mentioned, bird pregnant before laying eggs is not true. The avian species don’t get pregnant but rather perform a “cloacal kiss” to form eggs. And once the eggs are ready to be released, the cloaca becomes bigger in order to push out a couple of clean eggs, devoid of bodily waste and urine.

When eggs are fertilized inside the bellies of the female birds, a yolk filled with protein is formed. And what is added next is the egg white or the albumen. This combination is then covered with the first layer of elastic membrane.

A couple of egg shells are then shaped with calcium carbonate substances. And what happens next is pigmentation. This process makes it possible for the eggs to have varying colors.

During the pigmentation process, two pigments play a huge role in the color production.

Different colors happen when there is a reduction or abundance of pigments during fertilization. And it’s good to note that even in one clutch of eggs, pigmentation could differ.

Now that the question of “how are bird eggs fertilized” is answered, it’s time to dig deeper into the fertilization process.

6. Parental Care From Hatchlings to Fledglings

After the female birds lay eggs, the male bird typically hunts for food to feed the family. The males are very protective of their nests, and they are aggressive when it comes to predators.

When the males are out to forage for their next meal, the females use their bird calls to signal for help in case of danger.

Male birds may stay with the eggs during incubation, or they may not. But when the eggs are hatched, the males are always there to defend their nesting spot and feed their babies.

The parent birds care for their hatchlings, nestlings, and fledglings until it’s time for the juvenile avians to be on their own. 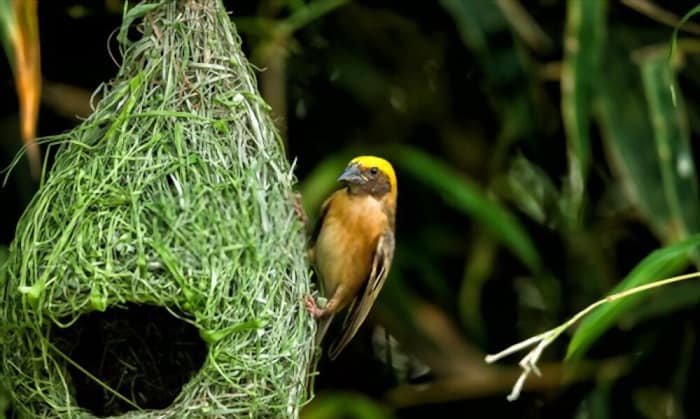 Many bird enthusiasts are curious about the mating process of birds. And aside from the information we have provided in this post, there are still a few questions to attend to.

1. If birds don’t have external genitalia, how can we tell a male from a female avian?

With the absence of an obvious sexual organ, you can differentiate males from females through their plumage.

2. What factors affect the mating process of birds?

Many factors impact the mating process of avians, such as the weather, predators, other birds, available food sources, environment, and age of birds.

3. How long is the incubation period of eggs?

On average, incubation is about 21 days. But the time frame depends mostly on the species of the birds.

Mating time usually starts in the spring season. The birds know when it’s time thanks to the changes in weather and their surroundings.

Do birds get pregnant? We now know that it’s not possible. Birds copulate through a mating process called “cloaca kiss.” The fertilization period varies per bird species, and so does the incubation period.

Have you learned new information from this post? If so, kindly share this article. We’d love to know what you think as well. Message us.