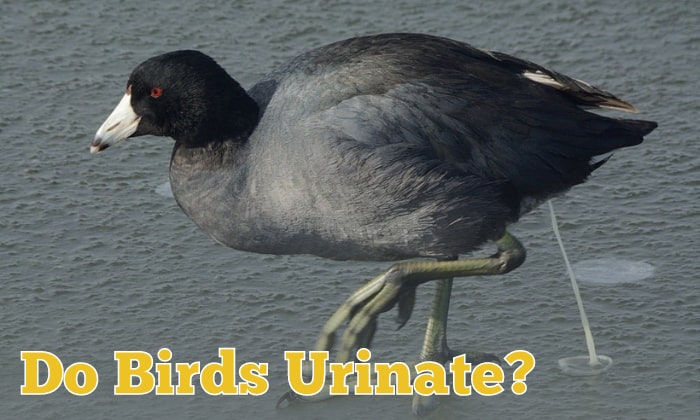 Whether an avian aficionado or not, you’ve probably seen birds dropping before – be it on outdoor cars or an unfortunate person. However, have you ever wondered do birds urinate? After all, you certainly have never seen a bird doing so before.

Here’s the thing: birds do not have a bladder, but it doesn’t mean they do not produce urine. They just do this in their unique way because they don’t have an exclusive opening for urinating. Instead, they excrete the liquid waste along with their poop. 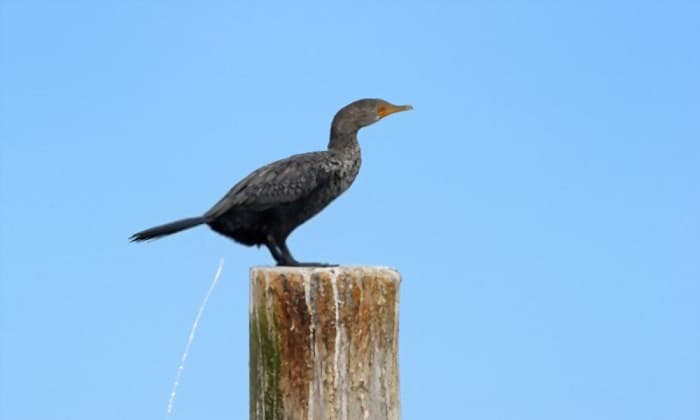 Sweat glands are absent in birds, so they do not lose water easily. As a result, avian species usually only lose water during respiration and through their waste.

In order to understand how birds piss, let us take a look at the anatomy of their excretory system.

Birds have kidneys found behind their lungs and on two sides of their spine. This is where blood is filtrated to remove toxic by-products of metabolism. It is also the site of water absorption, an important function to help birds conserve water.

Each kidney is connected to a ureter that functions as a passageway for the urine into the cloaca.

The cloaca is the distal end of the excretory, digestive, and reproductive system of most species of birds. In other words, this is where birds’ droppings pass through.

To specify, after urine enters the cloaca via the ureter, the water from the bird’s liquid waste is absorbed and gets more concentrated through a process called reverse peristalsis. At this point, the urine’s component is mostly a mixture of uric acid and nitrogenous waste.

After this process, the urine appears like a whitish paste and is deposited out through the anus along with poo.

Do Birds Pee and Poop From the Same Hole at a Time? 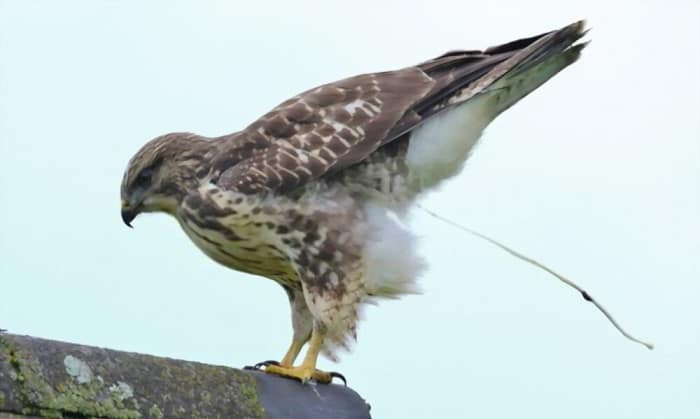 Yes, birds have only one opening for the pee and feces to pass through. As explained above, the ureters empty into the cloaca, where the urine passes and then goes to the rectum, where water is further absorbed in the lining of the large intestine.

After this process, the urine has a thicker consistency and may be deposited as it is or excreted as poop and pee at the same time. The resulting mixture may look like a white paste.

Do Birds Pee While Flying? 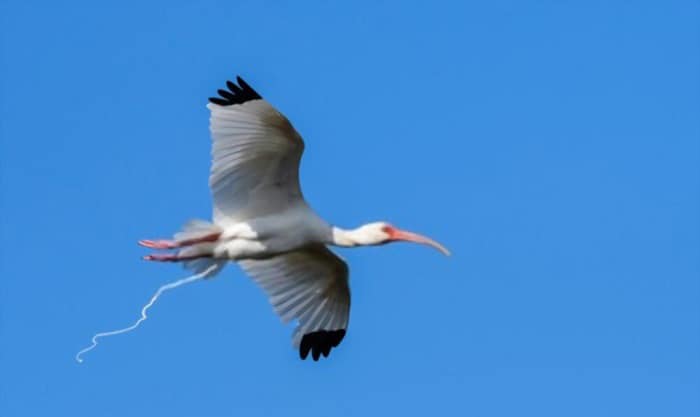 Yes, birds are capable of peeing during flight. All birds can do this since peeing can happen involuntarily and anytime. Budgies pee, parrots pee, and many other avian species are capable of doing so during mid-flight.

For instance, parakeets pee quite often, expelling a uric-acid-rich sludge every 15-20 minutes. Similarly, pigeons pee and poop at the same time during flying. Watch out for that!

Do birds have bladders or kidneys?

The urinary anatomy of birds has 3 main parts: bilateral kidneys, ureters, and the cloaca. So, birds do not have bladders, except for ostriches and American Rhea, which have a structure analogous to a bladder that stores urine.

Is getting peed on by a bird good luck?

If you experience this disgusting incident, don’t feel bad because, according to some bird superstitions, if your head, car, or windows get hit by bird droppings, this will bring you good luck.

According to a Russian belief, getting hit by bird droppings is a harbinger of forthcoming riches. Even sailors refrain from cleaning out bird poop on their ships because they believe it brings good luck to their journey.

Can birds pee without pooping?

Yes, birds can pee without pooping at the same time. A special case for this is the ostrich bird because it has a separate passageway for urine and feces. The liquid waste is collected in a structure called the coprodeum, a part of the cloaca, while the poo is in the terminal colon.

How do birds drink water?

Birds drink by dipping their beaks in water and swallowing.

Interestingly, there’s also the Galápagos that drink blood to stay hydrated when the weather dries out. This may lead some to think these birds have teeth, but the species actually drink blood by pecking at the prey with their razor-sharp beak.

Overall, birds need water, but not as much as humans or other mammals, because they do not have sweat glands. Additionally, they are built to conserve water through their urinary system, which absorbs moisture from their urine prior to excretion.

Once you get to know basic bird anatomy, it is easy to understand how these avian species produce urine. By now, you certainly already have a definite answer to the question: Do birds urinate?

In short, birds do excrete liquid waste. However, it’s not in a sense we’re familiar with – they usually expel urine in the form of uric acid paste.

If you learned something new and appreciate the facts from this article, share this with your friends so they can read about it themselves.