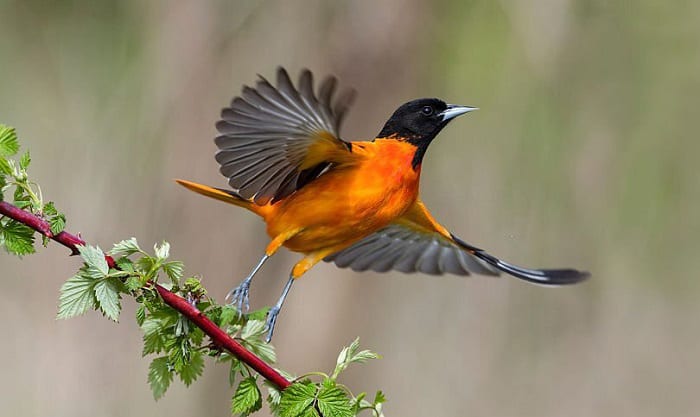 How do birds fly? Avians are equipped with wings and strong muscles for flying upwards, downwards, across, and forwards.

The flight speed of the birds depends greatly on the wing size. With longer wings, the speed is faster and less effort is exerted in flapping. But if the wings are short, the avians require more beats per second and more energy.

In order to understand the explanation text about birds’ flying ability, it’s necessary to comprehend what a “lift” is. When avians are in flight, they combine the functionality of their wings and the air around them to generate what is called a lift.

Thanks to their concave-shaped wings, avians are able to move through the wind and shift directions as they go.

Lift works when the air beneath the wings is slower compared to the passing wind above the feathers. And to fly so fast, the birds flap their wings faster.

In order to fly the birds require the use of their wings. Keep in mind that the shape of the wings matters in terms of flight performance. There are four different types of bird wings, which are:

How Do Birds Use Their Wings to Fly 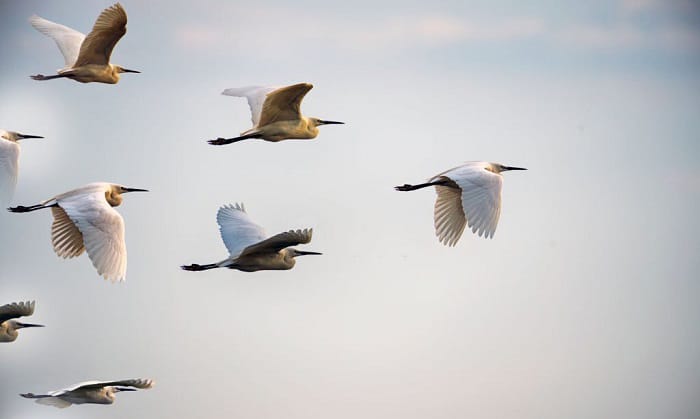 To better understand how birds can fly using their wings, it’s time to turn to physics. Newton’s Third Law of Motion conveys that “every action has an equal and opposite reaction.”

So when bird take off, they point their wings downwards, and that creates an opposite reaction where the avians are pushed higher.

Birds glide on beautifully through the wind, and they indeed are a picturesque sight! However, you need to know that even without wind, bird flies nonetheless. This is because flying has more to do with the “lift” than the presence of wind. As long as there is air, birds can fly.

In terms of aerodynamics, there are four forces that greatly influence bird flight. These are lift, thrust, drag, and weight. Since we have discussed lift above, this next part will focus on the other three.

With the combination of the four forces, the birds are able to fly and even migrate for miles. And if you’re wondering do birds get tired of flying, of course they do. After all, they’re living creatures like humans are.

However, weeks before they migrate, birds fill their bellies with energy-rich foods. This allows them to keep their bodies strong while travelling for long hours and days.

As for non-migratory birds, they roost in trees, bird houses, cable wires, and on fences.

How Do Birds Change Flight Direction

Birds fly against the wind, and they are capable of shifting directions anytime they want. Their whole body structure is built for flying, and they know how to control their flight paths.

Bird flying up and down is made possible by shifting the angle of both wings along with the flow of the wind. This flying motion is also called pitch, as related to the movement of an airplane.

In terms of a side-by-side flight motion or a roll, the avians allow one wing to gain more lift compared to the other.

And to perform a left-and-right flying movement or a yaw, the avians rotate the tips of their wings to their preferred direction.

What Are the Usual Flying Patterns of Birds 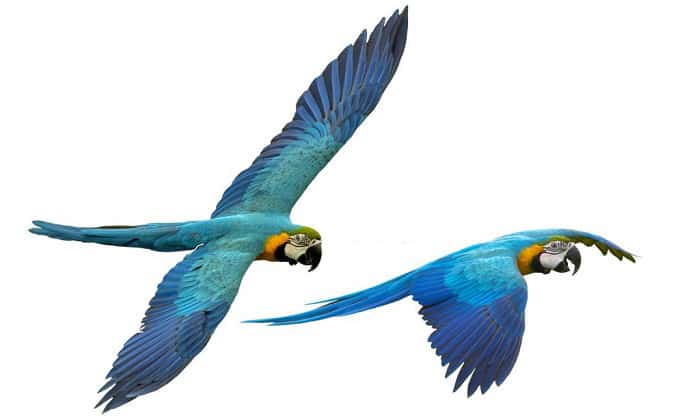 Why do birds fly? Because they can. Avians use their flying skills to hunt for insects, seek seeds and fruits, outsmart their predators, and migrate when winter comes. And they fly in various patterns too.

How Do Birds Keep Their Feathers in Shape

The flying bird wings are essential to the survival of the avians. So how do the thousands of bird species care for their feathers?

There is an act known as bird bathing, where the birds take out all parasites that stick to their plumage. Birds take a short bath in water puddles, as well as in birdbaths in yards installed by homeowners. Bathing is about wetting their feathers and shaking off the water.

The avians also have a natural oil found at their tail, and they spread that substance throughout their body using their beak. This process keeps the feathers in an optimal state.

How do birds fly? The wings of the birds are instrumental in the flight capability of our favorite feathered creatures. We now know that there are four types of wings, as well as the forces that contribute to the flying motion. We have covered the different flying patterns of avians as well.

Through this post, we hope you know how avians take advantage of their natural body structure. They are built to fly, and they do so to survive. Kindly take the time to share this post to your social media. We also welcome your comments and ideas.

Furthermore, here’s an article on which birds can’t fly if you’re wondering. Moreover, explore some more bird behaviors, such as: