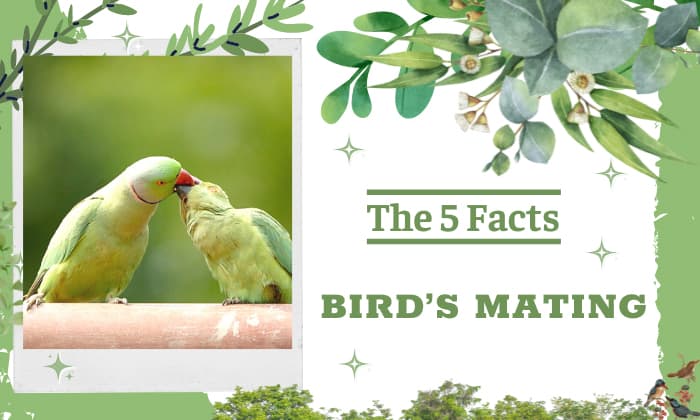 Birds are known to be sophisticated wooers. These little creatures have a vast array of courtship performances that not only capture their potential mate’s heart but even us birdwatchers.

But how do birds mate? The answer is by the “cloacal kiss.” This is a quick copulation, where the male hops at the back of the female to rub their cloacas together and eject the sperm.

Since birds surely make us wonder, here are the 5 facts about bird’s mating. 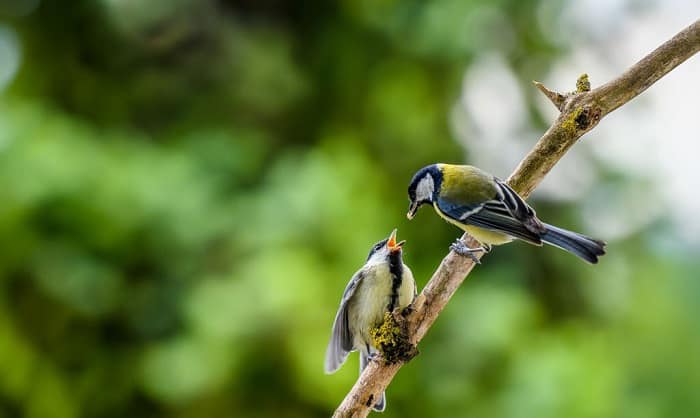 Bird genitals are formed differently compared to mammals. Apparently, in the avian world, there is pretty much no such thing as a penis or vagina — what they have is a cloaca.

It is an opening where the sperm/egg, feces, and urine flow out. This reproductive organ is just one whole, pinkish or whitish bulge of skin that bears no resemblance to a mammalian penis.

Even though 97% of birds possess no penis, several species that are waterfowl, such as ducks and swans, belong to the remaining 3% of birds that have a penis. This, however, is still far from a mammalian penis.

And interestingly, these parts are shrinking. According to researchers, birds’ testicles are consistently getting smaller as they evolve to having only one mate at a time.

Fact #2: The Bird Way of Mating

After the male bird wins the heart of his mate, they can now copulate. The male bird positions himself at the back of the arching female bird to rub their cloacas, and in just a second, sperm is ejected into the female chamber.

This mating is what we call the cloacal kiss.

For this to be successful, the female must raise her tail and receive the sperm. But birds can also have a bad day when female birds are unreceptive and keep their posture horizontal, leaving the male in failure.

In rare cases of birds with penis, male birds will get erected with the help of their lymph system, and the penis will be penetrated into the female while mating.

Unlike humans who experience pleasure from this act, there is no such thing as sexy time for the birds. It turns out that mating for avians is just a mere act of reproduction to pass on their genes and continue their species.

On the other hand, birds can mate with other species of birds. In fact, about 10% of the identified bird species take part in this type of mating. Their offspring are called “hybrid birds”; some notable examples are the Rackelhuhn and Barnes’ Astrapia.

Birds breed mostly during spring, when the food sources are adequate and the temperature is warmer, a condition conducive to their chick’s survival.

During this time, their reproductive organs reach the peak size and produce some hormonal adjustments.

Birds have sexually reproduce once the transfer of sperm is successful and internal fertilization occurs. Technically speaking, birds don’t get pregnant as they are avians and not mammals.

As a result, birds don’t get a pregnant belly. Rather, avians will lay eggs immediately, so they can stay light and able to bear their weight for flying.

But to put it in human language, “birds get pregnant” by mating. And it only takes one to two days of fertilization before birds reproduce by laying their eggs. Lastly, the incubation period could take up to one month, after which the chicks can hatch.

Refer to the picture below for birds mate diagram and fertilization process.

Out of 11,000 bird species, 90% of them are monogamous. But their relationships are what you might imagine. These birds stay loyal only for a certain period of time that may last until nesting is done.

It is thought that birds prefer “social monogamy” to “sexual monogamy.” It means that they are more responsible parents rather than faithful partners.

Social monogamy means protecting the nest, feeding the young, and taking care of the eggs. Meanwhile, sexual monogamy is having only one partner at a time.

Birds can “cheat” by having more than one mate at a time. It means that the female bird has sexual relations with birds that aren’t her partner, and the male bird is fathering in more than one nest.

Sometimes, divorce can happen too when nesting is not successful.

There is a high chance of seeing birds mate during the springtime. The most recognizable sign of birds mating is their positions.

If you see a bird hopping and balancing itself at the back of another hunching bird, the probability is high that they are copulating.

Another way to spot mating could be by observing the bird’s courting behavior. Dancing and singing, especially in the nest, signal courtship, and what happens after this is, of course, mating.

For instance, robins mate by starting with a loud courtship song in hope of attracting a potential partner.

If ever you spotted birds that are mating, the best thing you can do is to keep your distance. These little creatures can get terrified by humans, which lessens the chance of successful fertilization.

And since they usually mate near their nest, remain quiet, as birds might even leave their home if disturbed, which reduces the likelihood of hatchling’s survival. 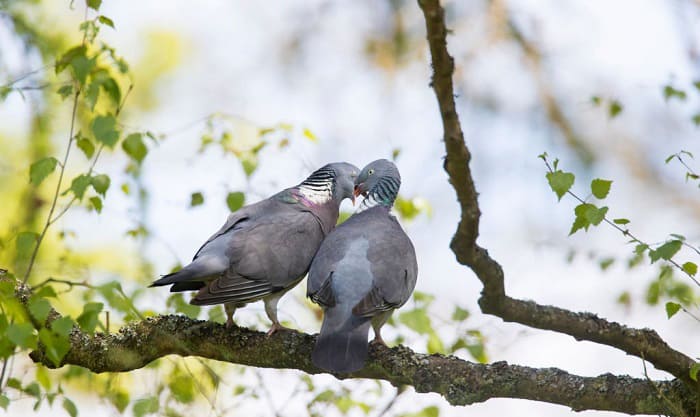 1. Why do some birds have penises and some don’t?

It is true that some birds have a penis and some don’t. But in terms of genetics, all birds during their embryo stage have a penis cell.

However, this component doesn’t continue to grow and just cease to exist for most birds as they mature. But for birds with a penis, this gene continues to develop.

2. How can I identify if a bird is male or female?

Unlike humans who have penises for males and vaginas for females, most birds only have cloaca for both genders, making it hard to differentiate their sex.

Doing this is quite challenging since it requires knowledge about their singing and appearance. Usually, females are larger in size while males have more colorful plumage and stronger vocals.

3. Can birds mate during flying?

It is not possible for birds to mate during flight because most birds copulate in a position where the male bird balances on top of the female. This act of balancing is a sensitive time to transfer the sperm, so sex in flight is just not possible for fertilization.

4. Do birds participate in same-sex mating?

Same-sex mating is not a big deal for avians. In fact, over 130 bird species have exhibited homosexuality. Surprisingly, they don’t only mate, but they also court, nest, and even raise eggs together.

Birds seem to embrace the world’s unique creations. These little creatures are in every corner of our planet, possessing distinct colors and behaviors.

They are not just the epitome of wooers, but also good parents for their young. And when it comes to mating, they only have one goal – to reproduce.

Now that you know how do birds mate, you can now enjoy bird-watching without disturbing their private time while also learning more about their behaviors.

If you had fun uncovering the mystery of birds mating, do not hesitate to share your learning with us.

Moreover, you can read more interesting facts about birds: