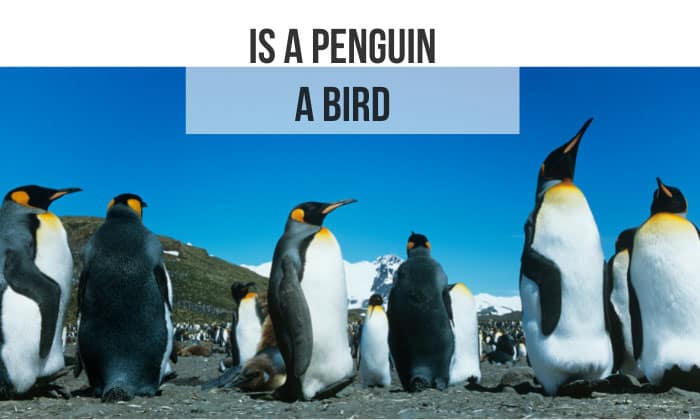 Is a penguin a bird? Yes! These aquatic flightless birds belong to the class Aves or birds. But they cannot fly. What makes them qualified as birds?

Flight is not a prerequisite for an animal to be considered a bird. For instance, there are kiwis and ostriches which are also classified as Aves, even though they cannot fly.

Learning more about penguins, their features, behavior, habitat, and different species will bring light to this common question. We have penguin infomation for you to read and ponder upon. 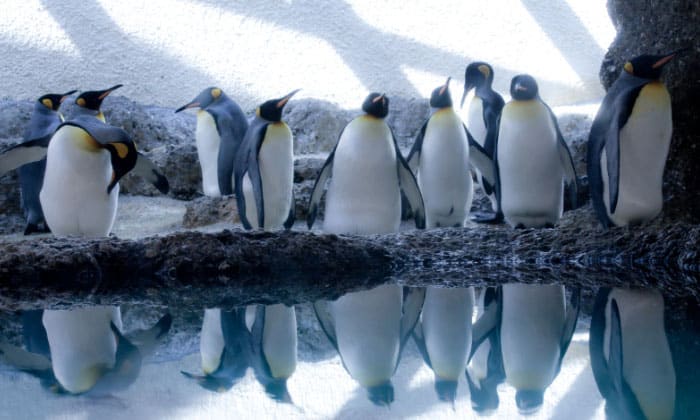 A group of penguins is called a colony. These avians are on a carnivore diet and feed on fish, krill, squid, and octopus. Penguins can live from 15 to 20 years on average. Their height can range from 16 to 45 inches, and they can weigh between 2 to 88 pounds.

Regarding zoological taxonomy, penguins have the following classifications:

What does a penguin look like? These flightless birds are known for their flippers and upright stance when on land. Their webbed feet make them clumsy on land, but their fusiform and sleek body helps them move gracefully without effort in the water.

The majority of penguins, mostly adults, have dark and white countershading with some yellow patches. The pattern and coloring allow them to camouflage with the ocean when viewed from above. The distinct markings and coloration differ depending on the penguin species.

A large percentage of penguins live in subantarctic and temperate islands in the Southern Hemisphere.

That said, you can find more of a certain penguin species in a region. For example, African penguins can withstand heat well, which is why they live in southern Africa. Emperor penguins, meanwhile, reside in the Antarctic, thanks to their four layers of feathers and huddling habits that help keep them warm.

There are 18 penguin species found in the south between 45° and 60° latitudes. Let’s learn about these penguins scientific names and more in the table below.

Penguins, regardless of their species, are known for their upright stance and adorable waddling. They are also seen pushing forward with their feet while slipping across the ice on their bellies. Large penguin colonies often have thousands of penguins huddling for protection and warmth.

Penguins’ inability to fly makes it more challenging to find food. They cannot assess the environment from above, which limits the area they can forage. What they do is simply locate possible food sources within their reach and hope for the best.

It takes around 3 to 8 years for penguins to reach sexual maturity. The majority of penguins breed yearly, usually from spring to summer. Each species’ breeding cycle differs, but can last from 50 days to 16 months. Little Penguins are known to have the shortest reproduction period while King Penguins breed late and longest.

Emperor Penguins do not take turns incubating their eggs and foraging for food. The male keeps the egg warm between their feet, fasting and living off its reserved body fat. The female feeds itself for several weeks and comes back just in time for the egg to hatch.

What Makes a Penguin a Bird?

Let’s look at a penguin’s characteristics that make it a bird. Penguins share these things with other avians, proving they are within the Aves classification: 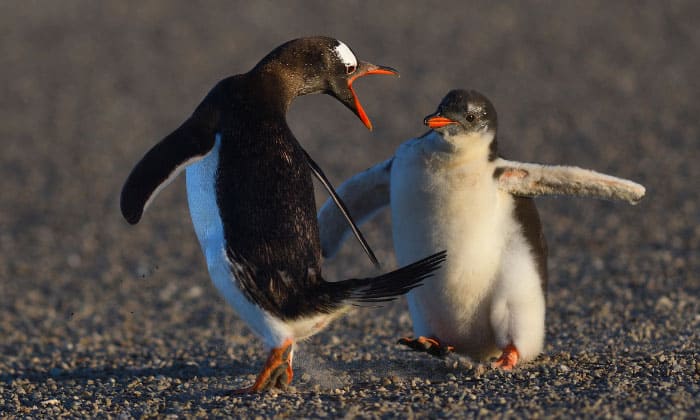 Do penguins have feathers?

Yes. They have approximately 100 feathers per square inch, which are more than what most birds have. These feathers help keep the birds warm.

What do penguins do?

Unlike what many people think, penguins are not idle birds. Their days are spent doing more than just swimming and waddling in search of food. Penguins spend their day:

Is a penguin a fish?

No. Penguins have wings designed to allow them to swim. This is the main reason many confuse them with fish. But if we look closely, the way they swim is more similar to a flying bird than a swimming fish.

Now that you know the answer to the question, “Is a penguin a bird?” it is time to share this information with your family and friends, especially those who love penguins. Knowing what type of animal is a penguin and learning all sorts of facts about them brings us closer to understanding these animals.

We hope you had a great time reading this article as much as we love putting them together for you. Can you name all the National Geographic penguins and identify each one? Share what you think in the comment section!