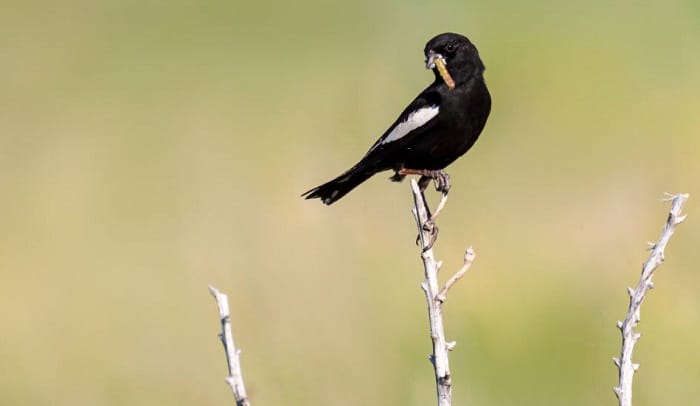 It was in 1931 when the Centennial State proclaimed the lark bunting as its legislative avian. And now you know what is the state bird of Colorado. This bird species was chosen thanks to its beautiful vocalization and graceful flight maneuver.

As a member of the sparrow family, the lark buntings prefer the grasslands as their roosting sites and nesting location. They surely love insects, though fruits and seeds are also favored. As for their population, it’s sadly declining.

What You Should Know About Lark Buntings 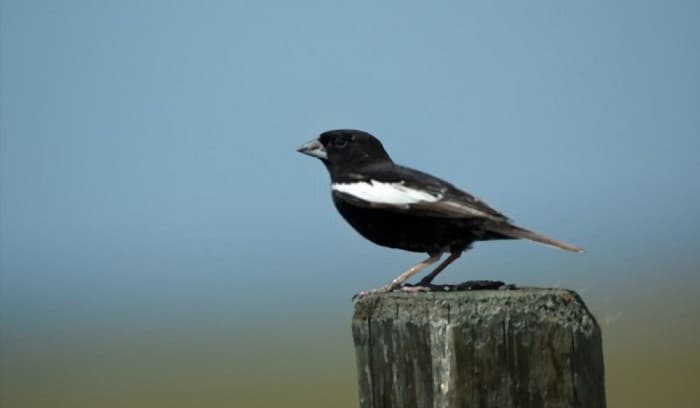 The rich wildlife of the Centennial State is the perfect habitat for a magpie Colorado state bird, and other bird species.

The state has many symbols for representation, and they opted for the lark bunting as their legislative avian on April 29, 1931.

Colorado’s state bird is called the lark bunting, but the irony is, this bird species is not a lark, nor is it a bunting. This adorable songbird is recognizable for their black feathers with an obvious white patch located on the wings.

Before they became the state bird, Colorado authorities were also considering mountain bluebirds and meadowlarks for this designation. Of course, the lark buntings won.

In Colorado lark bunting birds are medium-sized passerines with a unique bluish beak. These birds have a short tail and white feather tips. However, only males that participate in breeding have a black plumage.

The typical measurement of the lark buntings is:

The Lark bunting Colorado state bird lives in lush grasslands. The males stake out the perfect breeding ground and perform flight and singing performances that ward off other males. They are aggressive when it comes to their territories, and when they have established their nesting spot, the females arrive.

Both male and female birds build their nests at the bottom of a cactus, shrub, or tall grasses. In creating their home for their eggs and baby birds, it’s crucial for them to have enough cover from predators.

Typically, the ground nest of lark buntings is a cup-shaped den crafted with leaves, grass shoots, roots, stems, and grass. It’s important to note that lark buntings don’t breed in colonies. They nest close together, but females display aggression to any bird that comes near her nest.

The nest measurement is as follows:

After the nest is ready, the mating begins, and then the female bird lays the eggs.

Once hatched, the baby birds are defenseless, and they have a few feathers only. Then, both parents search for food for their young avians. Later on, after the breeding season is over, the buntings form a flock to migrate to the south.

The CO state bird feeds on the ground. These birds mostly eat insects in the summer.

However, when the cold months come, the scarcity of insects forces the lark buntings to eat seeds, leaves, grains, fruits, and grass. Indeed, this bird species has the ability to adapt to its surroundings and survive.

Facts About the Lark Bunting 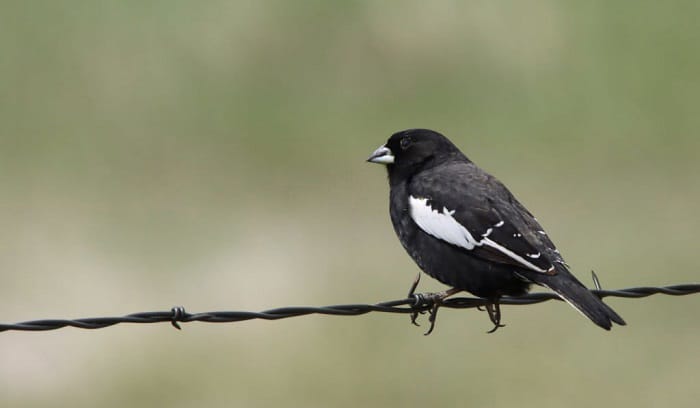 The Colorado birds black and white plumage is unique in its design – the males look like they’re wearing a tux. Lark buntings are always attracted to big open areas, but they do come to backyards to seek insects, bugs, and seeds. However, they’re skittish around humans.

This bird species is amazing, and there are a couple of interesting facts about lark buntings. Let’s discover them.

One of the most amazing things about lark buntings is their shifting plumage. Not all sparrows can do this. When it’s the breeding season, they have black and white plumage. But when winter comes, they transition to gray-brown, coupled with black and white spots.

Female buntings may choose mates based on how dark the males are.

The fascinating courtship dance of the male lark buntings is simply breathtaking. They soar into the skies at 50 feet high, and then descend into a coil pattern. This flight performance is coupled with melodious singing for their potential mates. And then the females decide which bird to partner up with.

The fact is, not all males find their own partner during the breeding season. Many stay single, while females can choose different mates every year. This is because there are more male lark buntings in the world compared to the females. And so in the mate selection process, females have plenty of options.

Because the males outnumber the females, many male lark buntings cannot find a mate in the breeding season. But, they are not useless. In fact, single males have a role to play in the nesting of bird pairs in a loose colony. They serve as nest helpers by helping the new parents feed their baby birds.

Colorado is where the hearts of the lark buntings belong. But before the state is covered with snow, they migrate to Texas, Arizona, and northern Mexico. They mostly stay within the country, and after the winter season, they happily come back home in flocks.

Bird calls are short sounds that are often used when avians are in danger, feeling threatened, or sending alarms. Let’s look at a few bird calls of the lark buntings:

Lark buntings are blessed with gorgeous voices, and they have two songs. They’re capable of displaying superior flight performances and at the same time sing their hearts out gracefully.

Lark buntings seem to have a great ability to find and consume water, given that they survived the Dust Bowl which killed many animals.

Currently, the population of the lark buntings is over 10 million. But their number is decreasing.

The decline in population may be caused by changes in the natural habitat of the lark buntings. Pesticides and insecticides also play a huge role in the demise of this avian breed.

The oldest lark bunting bird was found in Arizona. That male avian was 4 years and 10 months old.

What is the state bird of Colorado? The lark bunting is. The black plumage of the birds is streaked with a distinctive white patch. They winter in other states, and come back to their home in Colorado after the freezing season passes.

Kindly spread this post to your social media if you like it. And if you have some thoughts, please leave us a message.