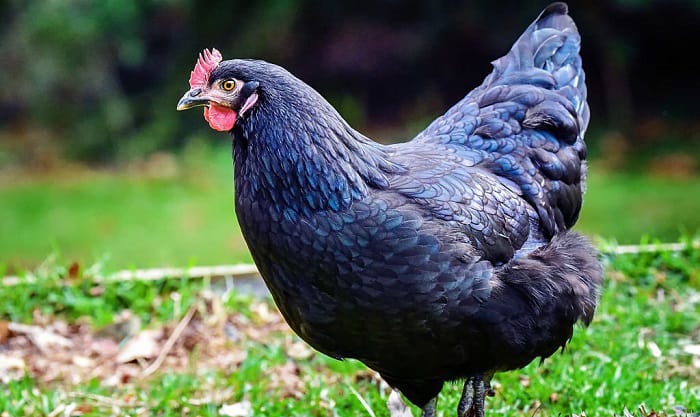 All 50 states of the United States of America have a state bird. Typically, states choose a bird they have a lot of or are unique to their area and have some symbolic significance to their community.

What is the state bird of Delaware? Delaware’s state bird is the Blue Hen, a chicken that is actually more often black or brown with only bluish tinges.

Since when has it been their state bird, and why?

The chicken emerged triumphant when Delawareans had to pick between the red cardinal and the blue hen to be the official Delaware state bird. It was officially given the prestigious title on April 14, 1939, and has held on to it since.

Interestingly, the blue hen chicken (Gallus gallus) isn’t one of the birds native to Delaware or even to the United States – it’s a species native to Southeast Asia.

Additionally, it’s technically not even a recognized chicken breed!

Still, this has not stopped the state and many of its constituents from celebrating the species.

As an aside, the cardinal did receive its recognition when it was named the official state bird of Ohio in 1933!

Where Can You See the Blue Hen Used? 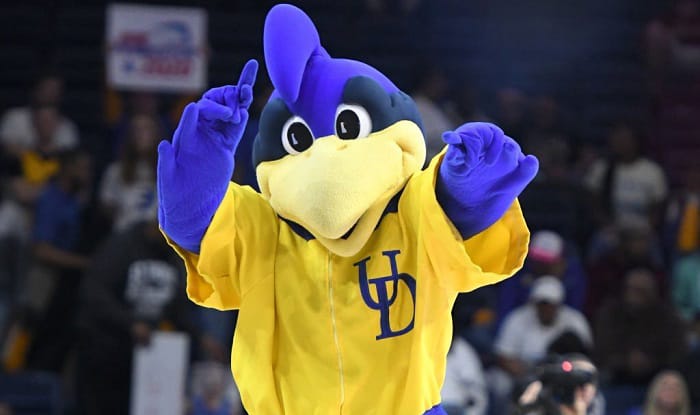 The University of Delaware adapted the bird to be its mascot in 1911, 28 years before the state legislature. Their mascot is fondly named YoUDee, with a younger sibling named Baby Blue.

The university’s athletic teams are also collectively referred to as the Delaware Fightin’ Blue Hens.

Additionally, the Blue Hen is the emblem of some Delaware Air National Guard (DANG) squadrons, particularly the 166th Airlift Wing and the 142d Airlift Squadron.

And finally, there are numerous stories of usage scattered throughout Delawarean history. Records tell of the blue hen model that sat atop the flagpole of Delaware’s building way back in the 1870 Centennial Exposition held in Philadelphia.

Why is the Delaware Blue Hen the state bird for Delaware?

One way of picking a state bird is by identifying the bird species that are most prevalent in the area. An example of a state that did this is Alabama which selected the abundant Northern Flicker or Yellowhammer as their state bird in 1927.

This was not the case for Delaware, though.

Two stories explain why the blue hen is the DE state bird, related to Delaware’s participation in the American Revolution in the late 1700s.

One story tells how soldiers would amuse themselves between battles with cockfights among their blue hen chickens explicitly brought for that purpose.

When the time came to fight the enemy, the Delawarean soldiers’ bravery brought the fighting blue hen to people’s minds.

The second story also pays homage to the Delawarean soldiers’ fighting abilities, but this time it is said that the Captain simply remembered his blue hens back home.

He then dubbed his men “The Blue Hen’s Chickens” and the “Sons of the Blue Hen.”

Whichever story is more accurate, what’s sure is that the blue hen eventually grew to become a symbol of the entire state of Delaware and its people.

When did the Delaware Blue Hen become the state bird for Delaware?

The Blue Hen chicken was officially recognized as Delaware’s official state bird on April 14, 1939, by the Delaware General Assembly.

Before that, however, it was already widely used as a symbol or logo for various official entities and occasions.

What does the state bird of Delaware look like?

Its feathers are the most straightforward means of identification for the Delaware state animal. Despite their name, they are not typically bright blue – they are often steel-grey to a brownish-grey, with a bluish tinge.

They usually have a single red mohawk-like, pointy ridge or “comb” on their heads that starts at their beak and a red featherless face. They also have bright red “wattles” or skin flaps found under their beaks.

Thankfully, you can always check the internet for pictures.

Are All Delaware Blue Hens Female?

The word “hen” is part of the chicken’s name and does not indicate that it is a “hen” or a female chicken.

Therefore, there are Blue Hen hens and Blue Hen roosters.

Since they were initially fighting cocks, blue hens are known for their aggressiveness and spirit.

Blue hens are also said to have a strict social ladder, where all chickens recognize one male cock as the alpha in the group.

Today, however, after centuries and some cross-breeding, the blue hens found in Delaware are generally much more docile animals than their pure-bred ancestors.

Is the Blue Hen a Delaware Chicken?

Blue hens are not Delaware chickens. As mentioned, the blue hen hails from Southeast Asia and has been around the US for at least three centuries.

On the other hand, Delaware chickens are a species of chickens bred in Delaware beginning in the 1940s. They were once extremely popular “broiler chickens,” or chickens raised for their meat.

Unfortunately, they have since been eclipsed by the Cornish Cross breed, almost to extinction.

Still, the species is slowly returning due to its popularity as a backyard farm animal.

Delaware chickens look like regular farm chickens with white feathers streaked with black around their necks and red combs and wattles.

How can you tell apart a Delaware Hen vs. Rooster?

Generally speaking, Delaware roosters are bigger in almost all aspects: They weigh more and have more prominent wattles, combs, and earlobes than hens. They also have longer, pointier, and more majestic tail feathers.

You can always fall back on observing their behavior: Roosters crow, and hens lay eggs.

Just because their state bird is a chicken doesn’t mean that the residents of Delaware are cowards – quite the opposite.

Long before officially deciding what is the state bird of Delaware, citizens had already emblemized the blue hen for its fighting spirit.

So before getting into an argument or into a football match against a Delawarean, think again! They are feisty, spirited people who will not back down until they emerge victors.

For more other birds that represent your state, don’t hesitate to learn more about our topic on state birds, some featured articles: