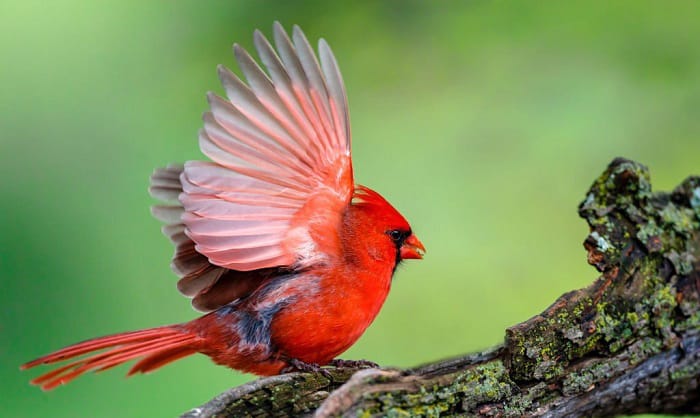 The state of Illinois is located in the midwestern territory of the United States. The predominant lowland topography as well as the presence of the Illinois river makes this place an ideal habitat for different species of wildlife such as birds.

Almost 450 species of birds have been documented as mainstays in the state of Illinois. It is a favorite home for many different birds and for every state there is always a symbolic bird that is chosen among others.

This may lead one to ask, what is the state bird of Illinois? The chosen one for this state is the Northern Cardinal.

Why Did Illinois Choose the Cardinal as the State Bird? 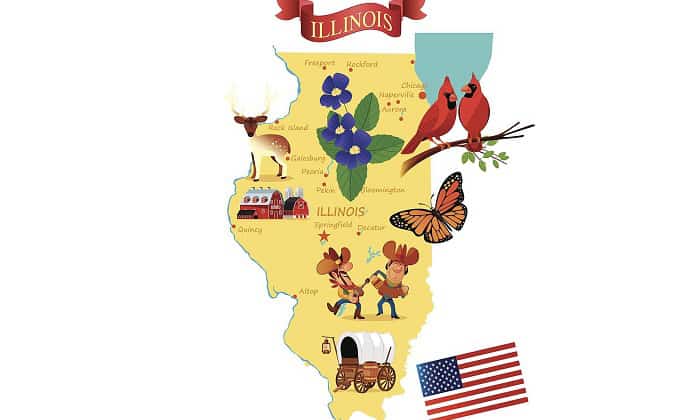 Northern cardinals are commonly found in the locality and have made this state their home. It is a well-loved bird in the area, easily found feeding in one’s backyard. No wonder it was chosen by school children to become the Illinois national bird during the year 1928. It wasn’t declared officially until the following year. It won over other birds such as the oriole, bluebird, meadowlark and the bobwhite.

When Did the Northern Cardinal Become the State Bird for Illinois?

The Northern Cardinal was declared by law as the official state bird in 1929 by the Illinois General Assembly. Although 6 other states have chosen this bird to represent their state, Illinois was the first one among them all to adopt this bird as a state symbol. 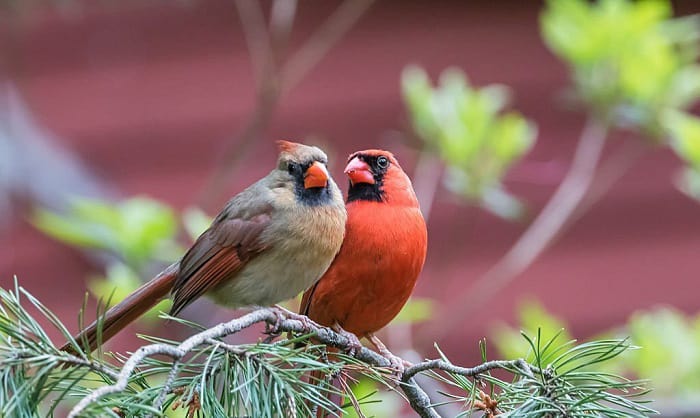 The northern cardinal is one of the 3 species that belongs to the genus Cardinalis. Birds belonging to this classification share distinctive features such as a striking crest and a conical beak. It belongs to the large family of passerine birds.

The scientific name of the Northern Cardinal is Cardinalis cardinalis and it has several nicknames such as the redbird, common cardinal or red cardinal.

Some simply call it the cardinal. This species was part of the earliest taxonomy record done by Carl Linnaeus in 1758 and published in his milestone book Systema Naturae.

The northern cardinal is a songbird with a characteristic call. It is a medium-sized bird with a predominantly granivorous or seed-eating diet.

The male is considerably larger than the female cardinal. It sports a crimson red plumage and has a distinctive black mask over the face and extends to the neck.

Once you see pictures of this bird, you will see the beautiful feathers of the male birds, distinctive and easy to spot when you see a real one.

These red birds, Illinois has chosen to be their symbol, were named as such in reference to the cardinals of the Roman Catholic Church because of the bright red capes and caps that they wear.

The females are predominantly grayish with tinges of red on its wings, crest and tail. Female cardinals also have a face mask but are lightly colored and less distinct compared to the male Illinois state bird.

When the birds are still young, both male and female cardinals have colors similar to that of the female. They will appear gray to brown and will take on the distinct colors of their own when they undergo molting and grow adult-colored feathers.

The beak of both sexes is cone-shaped and tough. The color of their feet is brown as well as the iris of their eyes.

The Illinois cardinal prefers to live in thick shrubs and trees in the forest. The natural habitat of most small birds of Illinois such as the northern cardinals include forests and shrublands as well as lush gardens that’s why they are regularly seen in most backyards in Illinois.

There are many species under the endemic birds of Illinois identification listings in birding sites since these numbers reach up to more than 400 species and one of them is the official state bird of Illinois, the northern cardinal.

The northern cardinal likes to feed mainly on seeds and grains. Sunflower seeds are their favorite meal and this would attract them to feeders that contain such seeds. They also consume fruits, berries and insects.

They are described as ground-feeders since they would look for food on the ground by hopping between trees and shrubs.

Pairs of cardinals may mate for years but they are not exclusively monogamous.

The cardinal is a songbird and they have their own unique calls which may vary per region. Both males and females sing in a clear and whistling pattern.

They are very territorial. Male birds will defend their home aggressively. Since it is a songbird, it will defend its turf by emitting a loud whistle from the top of a tree. It will attack other male cardinals who dare step into his territory.

What other states have the Northern Cardinal as their state bird?

Six other states have adopted this crowd favorite as one of their state symbols, in particular as the state bird of these following states: Indiana, Kentucky, Virginia, West Virginia, Ohio and North Carolina.

What are the other Illinois state symbols of note aside from the state bird cardinals?

After reading this article and getting to know what is the state bird of Illinois, you can identify a real Northern Cardinal once you spot one or two in your backyard. You can also identify them with their clear and loud whistling bird call.

These remarkable creatures are so stunning in pictures that it must be amazing to see one for real. Plus, there are so many remarkable facts about this species and one can learn more about the Illinois state bird by reading and sharing this article.

Furthermore, the Northern cardinal also represents other states. If you need to learn more, here are some states you may not know: