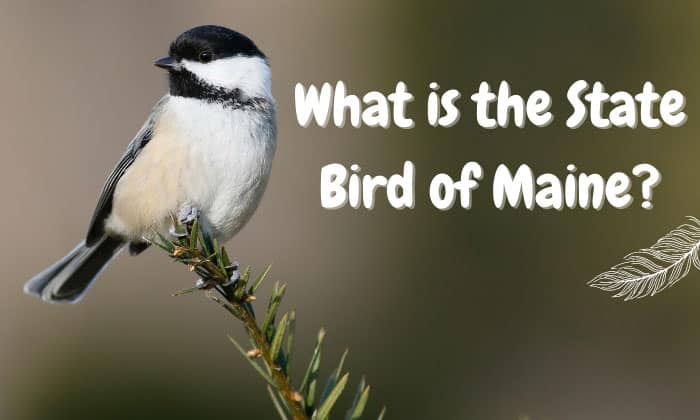 What is the state bird of Maine? You may have already guessed it by now. It’s the black-capped chickadee.

When you’re strolling in the woodlands of Maine, it’s hard to miss this adorable mix of a perfect black cap and the white blush, the distinct identification of a chickadee bird.

These birds sing in the tune of nature’s delight and are admired almost everywhere. It seems that these black-capped birds actively enjoy human interactions as they are observed accompanying locals and travelers in their morning jogs.

Read on to learn more about this fascinating creature and how it became Maine’s state bird. 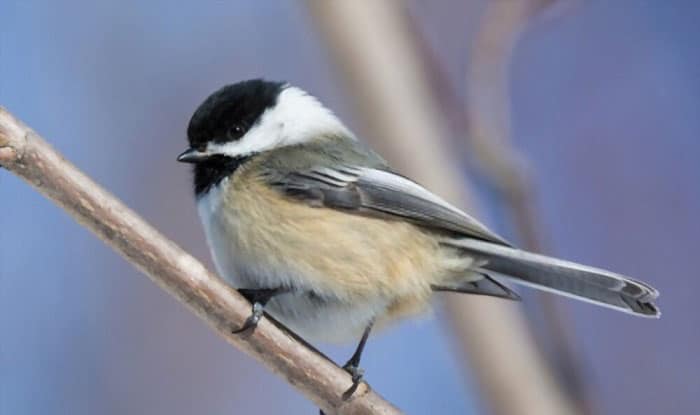 Although Maine’s chickadees may be amusing to encounter, there’s so much more to them than their friendliness and boldness. These black head chickadees can be territorial when met in their breeding season.

You’re highly likely to be able to recognize the Black-capped chickadee as this small, circular, and sociable bird in the woodlands of Maine.

Friendly with an energetic stride, their tiny body and big head will likely steal your attention from daydreaming. Here’re some Chickadee birds of Maine images and pictures for you to notice the next time you visit the city:

They are seen year-round in the backyards and forests of North America, incessantly building boxes of nests to rest their heads.

Fact #1: Black-capped chickadees have millions of breeding populations in Maine

The chickadee bird has an approximately 18 million breeding population in the United States and houses in natural cavities, artificial nest boxes, and abandoned woodpecker shelters of varying heights from the ground.

They can seek refuge as high as 55 feet, mainly in deciduous forests.

Maine’s bird is usually drawn to cavities with wood shavings and specks of sawdust in it. On occasion, they are seen with New Hampshire’s state bird, the purple finch, exploring the woodlands by the afternoon. 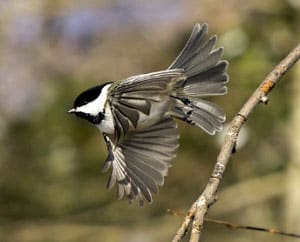 Maine state birds are known for caching, a behavior where they can store food in various locations and remember which items are located. This becomes extremely helpful during the peak winter season.

It’s common to see these birds of Northern Maine feed on bird seeds directly from your palms.

Chickadee birds are also fond of using a specific sing-song call, “chick-a-dee-dee”, in communicating with their flock. Depending on the level of frequency used and the amount of “dee-dee” they call out, they could be alerting the flock to imminent danger.

Humans who recognize these calls advise best to heed their regard. Universally known as congenial songbirds, black-capped chickadees often live in mixed flocks of woodpeckers, kinglets, creepers, and warblers.

Fact #3: Birds of Maine are territorial

Sociable as they may seem, chickadee maine can be quite territorial during breeding season.

They usually pair up and stay together for several months or years, isolated from the flock, only to reunite with the others during the non-breeding seasons. Monogamous pairs are formed during fall migration, where male chickadees often chase female chickadees in flight.

Males are more dominant, and so are older birds in their flock, having the advantage of better mates, nesting areas, and meal resources. Black-capped chickadees often remain in the same region year-round and migrate only at a short distance. 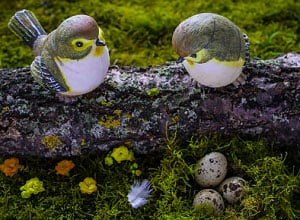 Chickadee eggs are laid in between April and July, usually, a day or two after nests are completed. A regular black head chickadee nest will contain around 6-8 eggs, which the females will keep warm for over 12-14 days wh

The males hunt for food to bring home. When the eggs hatch, chickadee chicks will often weigh 1-2 grams and need food and warmth for the next fortnight to a month when they can fledge. 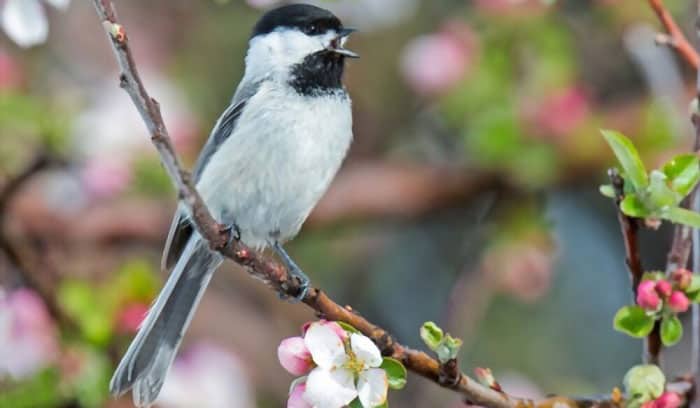 As Maine state’s birds are constantly adored, it’s not uncommon to find many people intrigued by them. Let’s examine some of the most frequently asked questions about black-capped chickadees.

Why is the black-capped chickadee the state bird for Maine?

A chickadee bird is loved and admired anywhere it goes. There are various reasons why this tiny, sing-song bird was chosen to be Maine’s state bird.

Still, two of the main reasons are that they are seen as populated in the main backyards and woodlands of Maine, and second, that they reflect the cheery and friendly disposition of the people from the state.

When did the black-capped chickadee become the state bird for Maine?

The state of Maine named the black-capped chickadee as their state bird in 1927. Maine’s chickadees are settled across its millions of acres of forests. They are known to delight both locals and foreigners alike. They are also seen in local backyards perched on open woods and willow thickets.

What do black-capped chickadees eat?

Birds of Northern Maine have a usual diet consisting of seeds, insects, snails, vegetables, and berries.

In fact, if one wishes to attract these adorable chickadee birds in their backyards, leaving sunflower seeds and black oil in the open will do. During summer, they are also observed to feed on caterpillars acankerworms.

What is the state bird of New York?

Even though the black-head chickadee is a beloved bird in New York, it is not their state bird. Instead, Eastern bluebird is the symbol of New York.

You may have fully known by now what is the state bird of Maine. Regardless of where one is global, Maine’s state bird chickadee is hard to miss.

Encountered in videos, books, or in person, this intriguing and adorable fluff of a bird is something one won’t easily forget. If listened close enough, the frequencies of chickadee bird calls can be fairly distinguished.

Aside from Maine, a chickadee bird can be encountered in the forests of Massachusetts and Southern Canada.