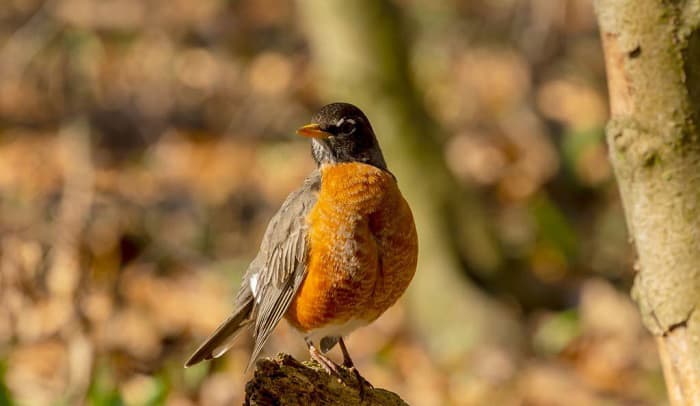 What is the state bird of Michigan? The American robin was declared as the state avian in 1931. This bird species is favored by people, and so the responsible parties recommended and voted for it.

All Information About the American Robin

Michigan’s state bird, the American robin, is also the legislative passerine of Wisconsin and Connecticut. This fact shows that this songbird is quite popular and loved by many people.

Aside from the obvious beauty of this bird species, the American robins possess incredible qualities that humans admire.

Why Is the American Robin the State Bird for Michigan? 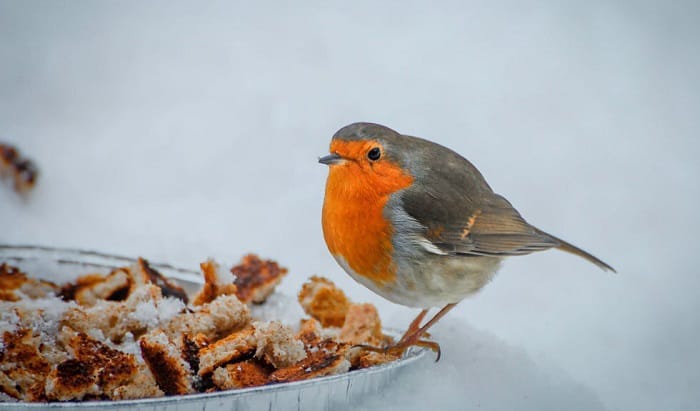 State residents can tell when spring is on the horizon thanks to the robin redbreast bird.

The robin redbreast is super loved by the people of the Great Lake State. They are always seen in backyards, nature parks, forests, and every part of the state.

The appearance of the American robins have been imprinted in the minds and hearts of people. And so it’s no surprise that this bird won the competition for the state avian.

When Did the American Robin Become the State Bird for Michigan?

The robin bird symbolism was officially established on April 8, 1931. Since that day, this songbird has continued to touch the hearts of residents. Its beautiful songs act as alarms to wake people up in the morning.

The American robin is noted for its general gray-brown coloring with the exception of a crimson chest. Though both males and females look the same, the latter has a duller complexion on the breast and belly.

This bird species has a dark beak, gray torso, fragmented ring on the eye, and a white shade on the tails. Some measurements for this avian are:

To have a better idea on what these adorable passerines look like, here are a few pictures of the American robins.

Do American Robins Have an Unusual Diet? 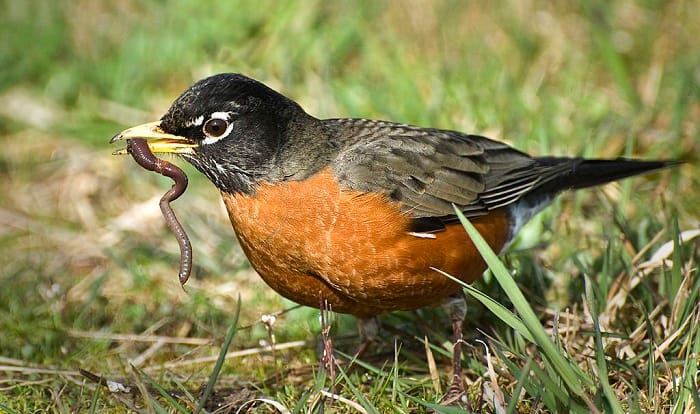 These popular Michigan red birds feed on insects, fruits, and seeds, just like other passerines. However, what is unusual is their schedule for eating certain kinds of foods. Learning about their feeding habits helps residents attract these red-breasted songbirds.

Early in the day, American robins prefer to feed on earthworms. They forage the ground for this particular food, but they also visit feeders in the morning if they can find earthworms there.

Later in the day, this bird species opt for fruits to fill their stomachs.

Other favorite foods of the American robins are: 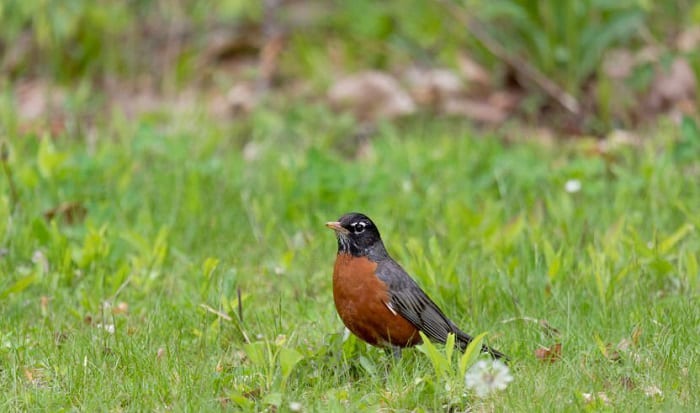 Robins in Michigan breed between April and July. And for each year, these passerines only have one mate, until the next breeding months where they find another partner.

When nesting, these passerines build their small homes in treetops or in lower sections of trees. They can also be found raising their baby birds in residential structures, especially in holes and crevices.

Every year, American robins mate and generate eggs three times. But, 60% of the baby birds die without growing up.

2. The Best Parents To Their Young

American robins are doting parents to their baby birds. The hatched eggs are helpless, and only a few are lucky enough to survive.

Hence, both male and female robins defend the nest from predators; male robins, for example, are known to dive-bomb threats that are close to their babies. They make sure that their young songbirds can make it in the world.

Facts About the American Robin 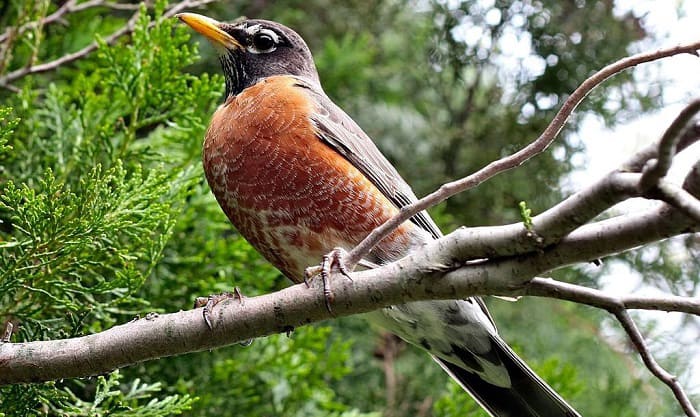 The American robins are popular to young people and to adults. Residents see this bird in state flags, seals, coins, and other representations of Michigan. Aside from the distinguishable scarlet chest of this bird species, there are other interesting facts for you to learn about.

The American robin has a red breast, and because of that, this songbird gained the nickname of robin redbreast. With this distinctive look, birders can easily recognize this bird species.

In the months when leaves fall and the land is covered with snow, American robins love to feed on honeysuckle. They simply love this delicious treat, and humans who see them enjoy this kind of meal are fascinated.

The American robins are naturally jolly songbirds that sing their hearts out. However, when the breeding season arrives, their cheery disposition transitions into an aggressive one.

The males pursue females as their mates and sing songs to attract them. And in nesting, the passerines protect their families.

Robin redbreasts are known to have a sweet tooth. They love to munch on sweet berries, fruits, and human treats. That’s why birders find it easy to attract these songbirds to the feeders.

Aside from bird seeds and fruits, feeders can also contain cakes, pastries, and other sweet treats.

American robins have superior eyesight. They can see the slightest details, which allows them to find worms and other foods easily. Their sharp eyesight also helps them detect predators and avoid them.

Thanks to this inborn skill, robin redbreasts can thrive better in the wild and live longer.

So what is the state bird of Michigan? The American robin became the state bird in 1931 thanks to its popularity and distinct look. Residents truly love this songbird, and they’re often lured to visit feeders and birdbaths.

This passerine species has the nickname “robin redbreast,” and there is indeed much fascinating information about Michigan’s state bird.

Kindly help spread the word about this songbird. And feel free to leave us your thoughts or ideas.