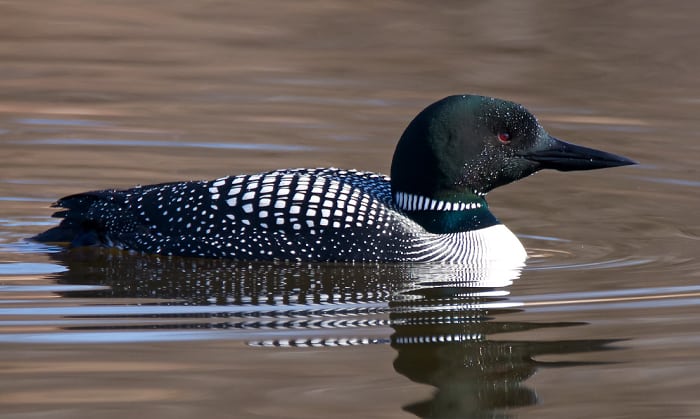 What is the state bird of Minnesota? Did you hear an eerie call on a freshwater lake just as dusk begins to fall? Then you see a black and white thing floating in the water; you are probably looking at the Common Loon, the representative bird of Minnesota.

There are many things to learn about these birds, which are fun and interesting. If you are curious about these sophisticated bird species and how they came to be the state bird of Minnesota, we have everything you need to know! 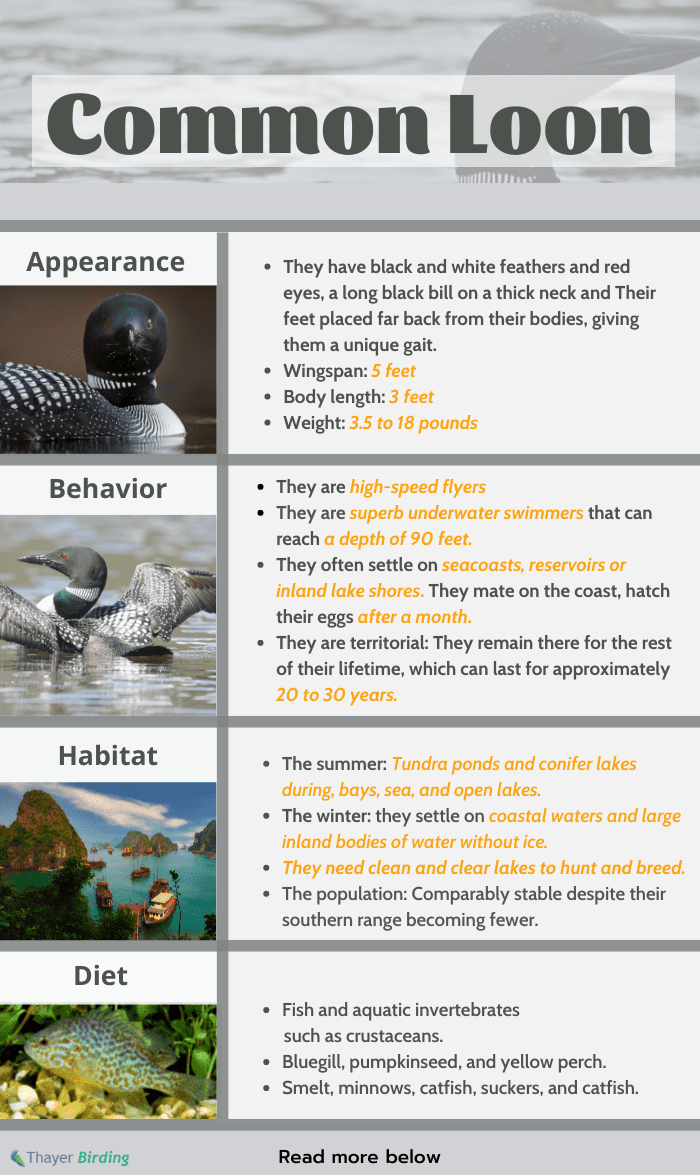 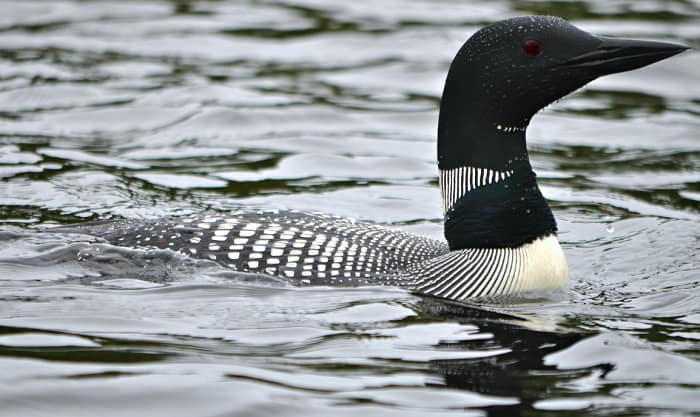 Minnesota’s state bird name is Gavia immer or Common Loon. These birds are also called the Great Northern Diver, and you will find around 12,000 on freshwater lakes throughout Canada and the northern United States during the summer season.

Common Loons are known for their wails and ghostly calls. It is their distinctive feature that anyone can easily point out, especially near the northern lakes. Their wails are also used in many movies to depict the atmosphere of being in the wilderness. However, movie editors can’t know the best time of the year and place to use the call correctly.

It was March 13, 1961, when then-Governor Andersen signed the law officially appointing the representative bird of Minnesota as the Common Loon. No other state has designated this bird as an official avian.

The Minnesota state bird is an interesting Diver specie that is often called vigilant, active, and strong. They are intelligent and resilient as they have been recorded to follow anglers in a quest to snatch their snared fish off the line. Common Loons are also agile and powerful divers.

Common Loons have become linked and synonymous with the northern Minnesota cabin. Resorts, lakes, and events pay tribute to the state bird souvenirs sold by gift shops across the state.

What more is there to learn about Common Loons? What do they look like? How do they act? Where can you commonly see them? What goes into their diet? Learn more about this in the next section. 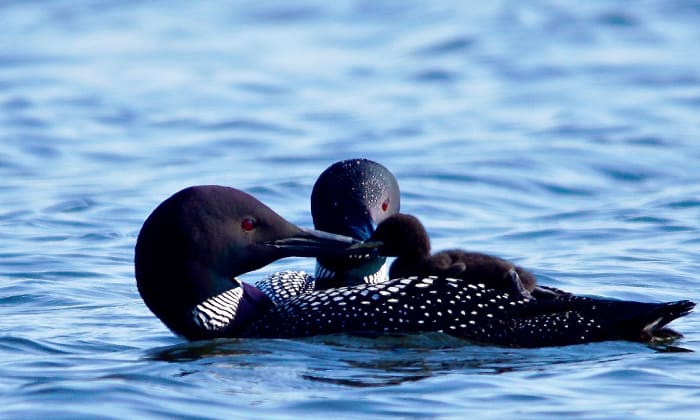 Many want to know about the state animal, state bird, and flower. How well do you know the Minnesota loon bird? Apart from their haunting songs, these are some exciting things about these birds.

Common Loons have black and white feathers and red eyes. They also have a long black bill on a thick neck. Their wingspan can stretch up to five feet, and a body length can reach up to three feet. These birds are smaller than a goose but larger than a mallard, weighing between 3.5 to 18 pounds. The most recognizable features of these birds are their feet placed far back from their bodies, giving them a unique gait.

Common Loons might be clumsy on land but excellent on air and water. They are high-speed flyers and superb underwater swimmers that can reach a depth of 90 feet, all thanks to their leg placement. These athletic birds often settle on seacoasts and sometimes on reservoirs or inland lake shores. Despite being water birds, they mate on the coast, where they also incubate and hatch their eggs after a month. Loons are territorial, and once set on a location, they remain there for the rest of their lifetime, which can last for approximately 20 to 30 years.

During the summer, you will find these birds on tundra ponds and conifer lakes during the summer. Also on bays, sea, and open lakes. During the winter, they settle on coastal waters and large inland bodies of water without ice. These avians are sensitive to pollution, and they need clean and clear lakes to hunt and breed. The population of Common Loons is comparably stable despite their southern range becoming fewer.

Common Loons’ diet consists mainly of fish and aquatic invertebrates such as crustaceans. They feast on fishes they have pursued, swallowing them underwater in the natural areas of Minnesota. Some of their favorites are bluegill, pumpkinseed, and yellow perch since they are erratic swimmers making them effortless to catch. You can also see them dining on smelt, minnows, catfish, suckers, and catfish.

This article answered the question ‘what is the state bird of Minnesota?’ and provided more information about them. Now, you know more than just a simple name of a bird and some interesting facts about them. Those who asked you the question will surely appreciate more input about the Common Loon.

If you know anyone curious about Minnesota’s state bird or Common Loons, direct them to this link. We hope that we were able to deliver information that will broaden your knowledge about these fantastic birds.

In addition, refer to our article about other state birds like: