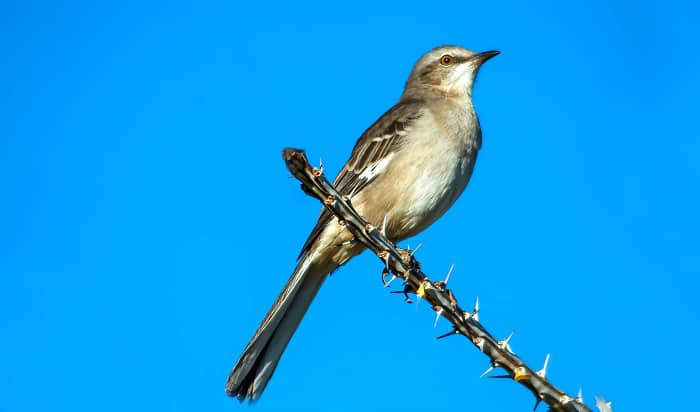 Mississippi is known for its “Big river” and “Magnolia” as a homage to its natural resources. The state land is half-covered with forest and naturally occurring flowers, making them remarkable for diverse plant and animal life.

What is the state bird of Mississippi? The answer is the Mockingbird (Mimus polyglottos). It was recognized on February 23, 1944, and signed by Governor Thomas Lowry Bailey.

About the Mississippi State Bird 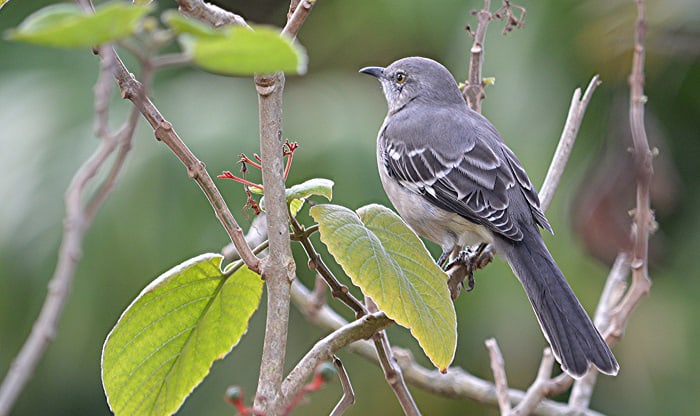 Mississippi mockingbird can entertain you day and night through its extraordinary vocal capacities. Here are the 6 fascinating facts about MS state bird:

Fact #1: They are the king of all songbirds

The Northern Mockingbird has a scientific name of Mimus polyglottos which literally translates to “mimic of many voices.” Just like their name, this bird’s music even gets compared to Beethoven and Kendrick Lamar due to its wide range and diversity.

These medium-sized birds can sing over 200 songs and often mimic the songs of other birds, amphibians, and even automobiles on the street. Their imitations are so fine that if you hear without seeing them, you would not be able to identify which is which.

Another thing that distinguishes mockingbirds from other songbirds is how they use more muscles in their vocal organ (syrinx) than other passerines do. Theoretically, they have more brain matter specialized in song memorization compared to others.

Indeed, you cannot spell mockingbird without adding the KING!

Fact #2: Chosen by the Federation of Women’s Clubs

In the early 1940s, this federation initiated a state bird campaign where they selected the mockingbird. Later on, it gained approval from the Mississippi State Legislature, and the bill was signed by their Governor in the spring of 1944.

Its selection has been influenced by its reputation for vocal ability, uniqueness, and closeness with people. And if you ever wondered what a mockingbird a symbol of, then there is a lot on the list. But on the top are imitation, innocence, and protection.

Pictures of Adult and Juvenile Mockingbird 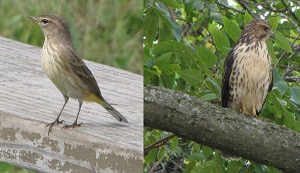 They have an overall gray-brown color, while their breast and stomach have a lighter shade.

Additionally, they have a long tail and a distinctive white patch on their wings.

Moreover, the juvenile mockingbirds have a brown spotted breast compared to the whitish breast of an adult. Their eye colors range from dark gray (juvenile) to bright yellow (adult).

There is not much to look for in terms of male and female differences. Unlike other avians, both genders of MS state bird look similar. It seems that the only way you can tell by their appearance is by the male’s slightly larger size.

But if you are determined to differentiate, you can observe their singing, breeding, and defensive behaviors (which we will tackle in later sections!)

Turns out the mockingbird fits its title as the Mississippi state bird because it likes to be seen. You can see them on high vegetation, fences, roofs, or parks.

Standing firm on their slender figure, these birds, especially the males, are extremely territorial year-round. They can defend their home against other mockingbirds, as well as cats and sometimes humans.

Since songbirds normally defend their territory with song. It has been proposed that the mockingbird’s mimicry may deceive rivals into believing that the region is already inhabited by birds of an invader’s species, leading to the intruder moving on.

As to their diet, they are classified as omnivores. They can eat berries, insects, worms, and snails. The fact that they have a broad spectrum of food choices makes them competitors of most birds.

Even though both males and females sing, the male possesses more prolific singing and mimicry. In preparation for the spring breeding season, the males sing louder. In contrast, females rarely sing during this season; they do sing during fall.

This male behavior helps them attract mates for breeding since females prefer males with greater variety for singing.

Much to either disturbance or entertainment of human neighbors, unmated male mockingbirds will risk their predation just to blast their nocturnal singing.

Fact #6: The mockingbird is the symbol of FIVE STATES!

In accordance with the Senate Concurrent Resolution No. 3 of the 1927 legislative session, the mockingbird is the state of not only Mississippi but four other states too.

1. How can mockingbirds be so good at imitating?

“Morphing” enables them to switch between sounds in a way that pleases both songbirds and human hearing.

2. Do mockingbirds have their distinct song or do they just imitate?

Mockingbirds only capable of copying others’ songs is a common myth. Actually, these studious birds can also make their own compositions.

3. What are the birds of South Mississippi?

Now that you hear the question of what is the state bird of Mississippi, you can quickly answer your peers and share your knowledge about the fascinating facts about the mockingbird.

The glorious and numerous carols of mockingbird are phenomenal. They are not only good mimickers but also very territorial avians. And to listen to how they pour their love notes during the bosom of the night is a human grace.