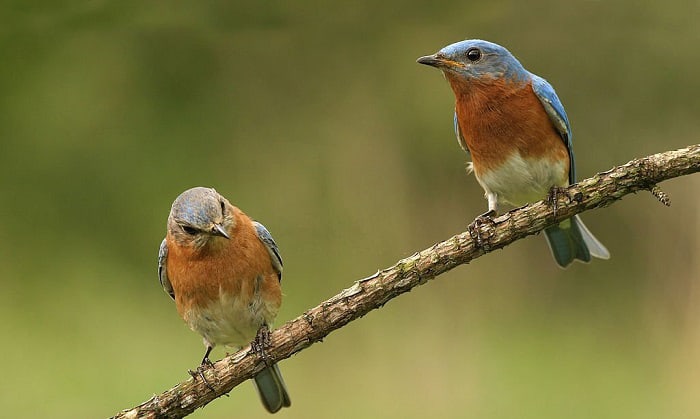 What is the state bird of Missouri? It’s the Eastern bluebird bird! This bird species is sometimes confused with the blue jay state bird, but after reading this article, you will be able to differentiate them better. We will provide all the vital information on how the Eastern bluebird bird became the representative avian of the state and everything you need to know about it. Let’s get started. Read on! 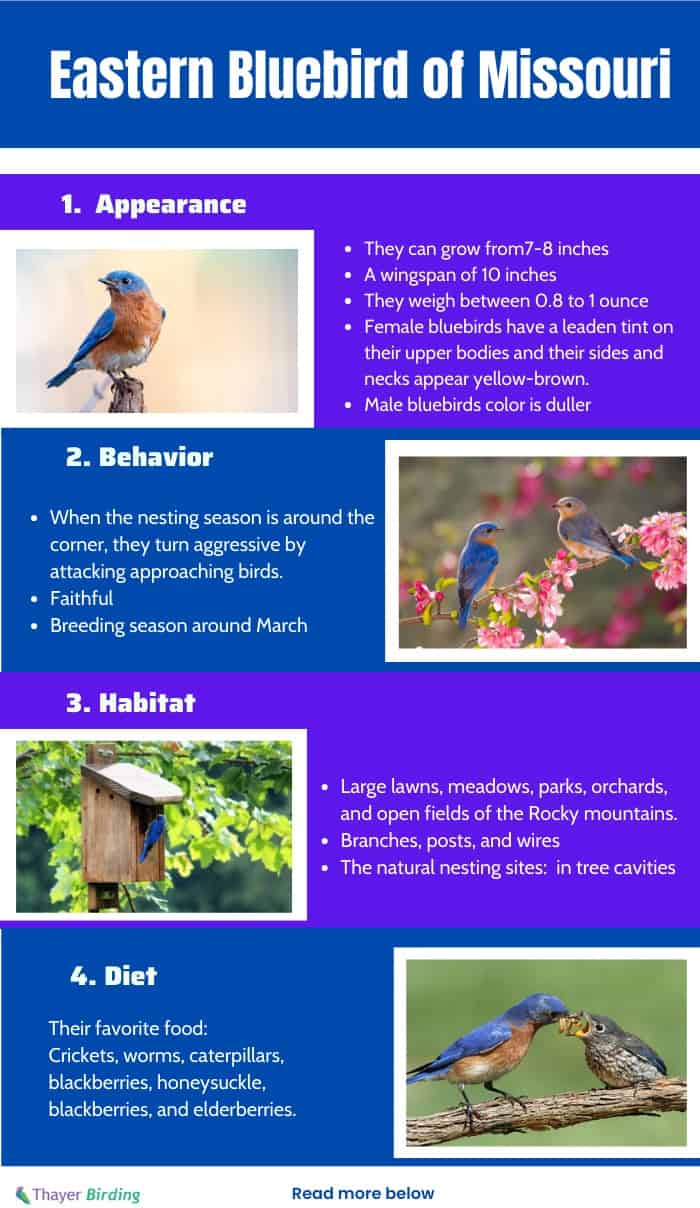 The State Bird of Missouri 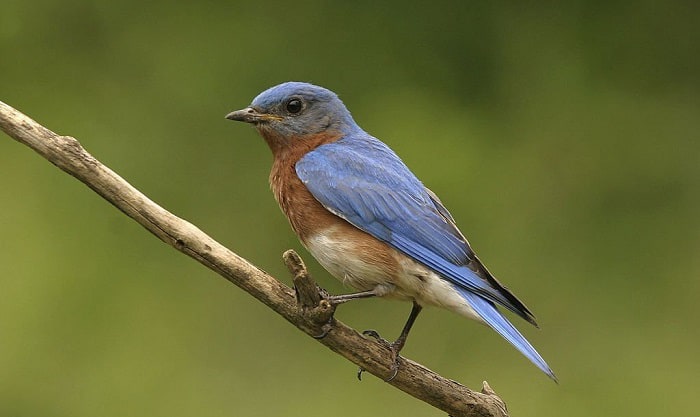 The name of the Missouri state bird is Eastern Bluebird or Sialia sialis. It is a small North American migratory thrush and is the most widespread bluebird species. The Siali sialis resides in the southern area but migrates to the north early in the spring. You can spot it in Missouri throughout the year.

On March 30, 1927, the Eastern Bluebird was officially adopted by the Missouri legislature as the state bird. The reason behind the designation is because these birds proved to frequent the state of Missouri and the bluebird symbolizes happiness. The state of New York also has this bird species as the representative avian.

Many residents love the cheerful song of these bluebirds, and they love it so much that they built birdhouses for them. You can see these bluebirds fluttering on fence posts while warbling their pleasing notes.

Eastern Bluebirds have plump bodies and short wings, and they can grow from eight to seven inches when measured from head to tail. With a wingspan of 10 inches, they weigh between 0.8 to 1 ounce, which is the same as other songbirds.

Their light blue and glossy plumage covers their upper bodies until their breast. In Spring and Summer, the colors turns cinnamon-red, and when autumn comes, it is a rust hue. Female bluebirds have a leaden tint on their upper bodies, while their sides and necks appear yellow-brown. On the male, the color is duller. Both have white stomachs and black bills and feet.

You will often hear these bird species singing cheerfully. Usually, they are not aggressive, but when the nesting season is around the corner, they turn aggressive by attacking approaching birds. Eastern Bluebirds are monogamous and become anti-social when it is time to mate and build their families. They can be social and flock with about a hundred other birds, but once it is amorous, the pair keep to themselves. Bluebirds’ breeding season varies depending on the state they breed in. In Missouri, it is around March.

Eastern Bluebirds are permanent residents in the Southern States. They are usually found in large lawns, meadows, parks, orchards, and open fields of the Rocky mountains. But you are more likely to catch sight of them perching on branches, posts, and wires where they are on standby, searching the ground for their prey. Their natural nesting sites are in tree cavities such as those left by woodpeckers, but they are also increasingly seen in nesting boxes made of pine needles and grass.

Eastern Bluebirds follow farmers during spring and winter to find unearthed insects in newly plowed land. This benefits farmers since the birds’ targets are the insects that attack crops. You will also find them pouncing on grasshoppers in old fields during autumn.

Ripe fruits and various kinds of insects are a regular part of their diet. Their favorite food includes crickets, worms, caterpillars, blackberries, honeysuckle, blackberries, and elderberries.

During the 1950s, the Eastern Bluebird population declined in many areas due to the loss of nesting sites and habitats. Fortunately, it has been increasing again in recent decades thanks to the birdhouses and nesting boxes throughout the state.

Knowing the answer to what is the state bird of Missouri definitely gave us a chance to know more about the bluebird significance. There is much to learn about these avians, such as birds symbolism, and we hope we have covered all the essential parts.

Did you learn a lot from this article? We hope you did! Let your friends read this too! If you have encountered the eastern bluebird or have taken a picture of them, share it with us in the comments below.