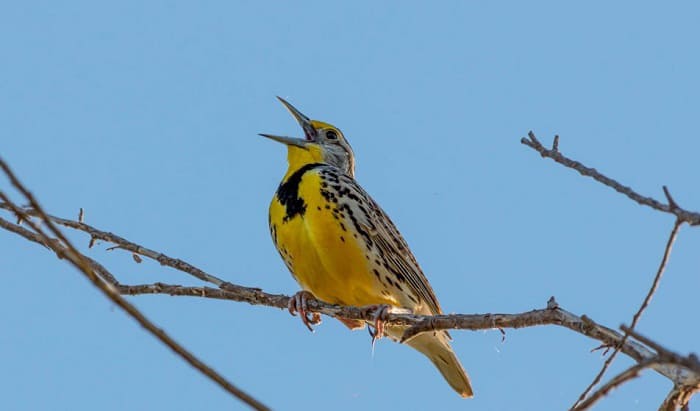 Every state has its representative animals, flowers, and mottos that are unique to the region. So, what is the state bird of Nebraska? 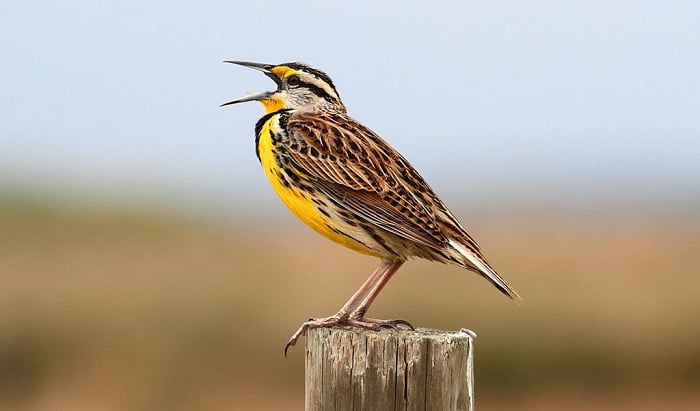 Nebraska is a state with an area of approximately 200,330 square kilometers. It is not as large as the other states, yet it is rich with breathtaking scenery.

Take a look at these pictures of the Western Meadowlark, also known as the black and white birds in Nebraska: 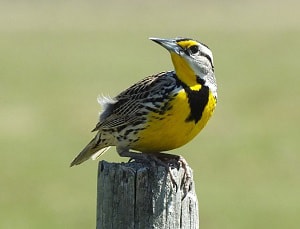 Why Has the Western Meadowlark Become Nebraska’s State Bird?

Most Western Meadowlarks live in agricultural areas such as Nebraska’s grasslands, but they also roam the wild. Because Western Meadowlarks can be found in their area and have a chirp full of joy and happiness, they chose this bird as their state bird. 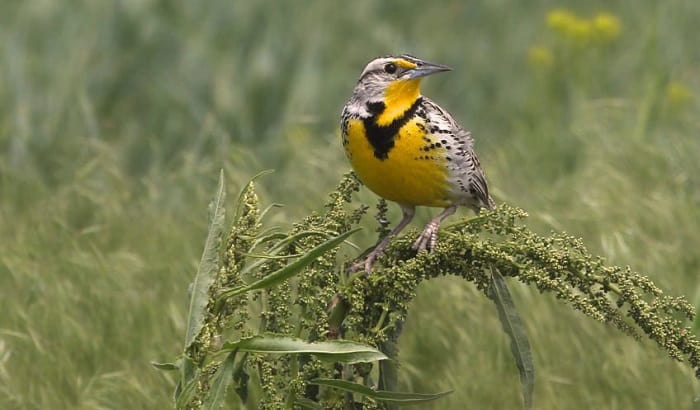 Western Meadowlarks can create noises that sound like they’re singing a song.

When you hear a Western Meadowlark singing faster, it signifies they are chasing. Using the low-pitched chirp indicates that they are upset, in mating, or simply in their territory.

Western Meadowlark migrates late in fall but earlier in spring. They can be found in fields and meadows across the United States.

They say that before you see the Western Meadowlark, you’ll hear them first. That’s how loud their sounds are!

Since Western Meadowlarks usually live in agricultural places, like grasslands, they love eating wheat, seeds, and insects like grasshoppers, ants, and crickets.

Male Western Meadowlarks are territorial. They will undoubtedly fight enemies by rapidly flapping their wings. 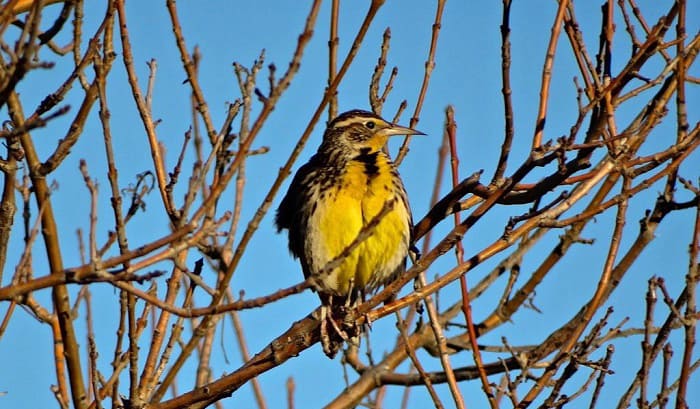 What is the lifespan of Western Meadowlark?

The Western Meadowlark, which has lived the longest in Colorado, has lived for 6 years and 6 months.

The average lifespan of this bird is around 2 – 4 years.

When did Nebraska get a state bird?

In 1929, Nebraska designated the Western Meadowlark as its state bird. This bird shares the same ancestors as blackbirds and orioles.

How did Nebraska get a state bird?

Nebraska had to wait a long time and go through several processes before declaring its official state bird. It must be approved by the vote. After the resolution was passed, it was signed into law and the Western Meadowlark was designated as Nebraska’s official state bird.

Be sure to keep an eye out for it the next time you’re in Nebraska! And if you can spot one, don’t forget to take a picture!

I hope this article about the Western Meadowlark has inspired you to learn more about the amazing wildlife in Nebraska. Happy birdwatching!