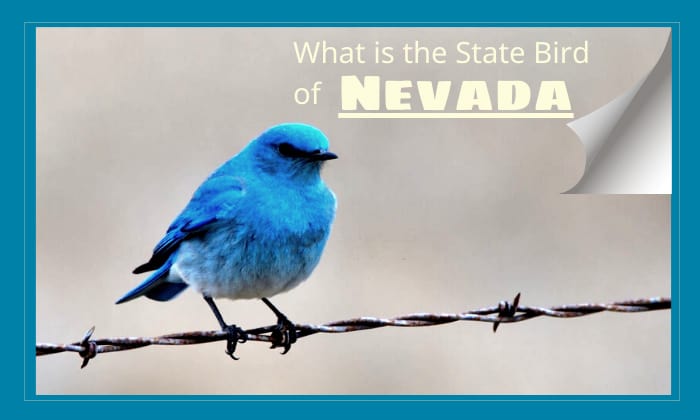 What is the state bird of Nevada? It’s the Mountain Bluebird! This NV state bird is a thrush, well-known for its distinct feathers that mirror the azure sky and the short yet clear warbles. When you see one flying from one branch to another, you will surely recognize it.

But for those who are still new to distinguishing bird species or want to know more about this Nevada blue bird, we have an informative and interesting article for you. Read on! 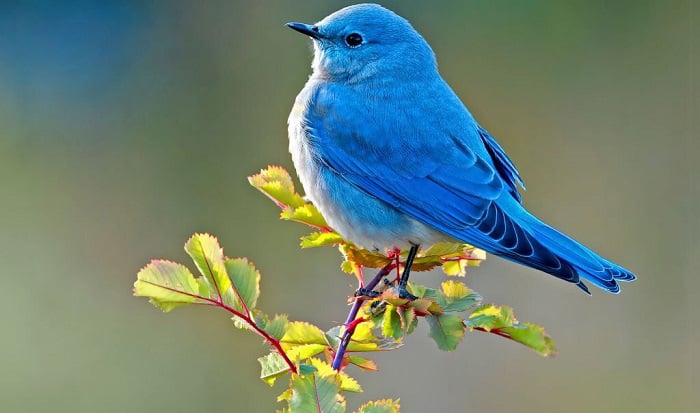 The Mountain Bluebird, with the scientific name Sialia Currucoides, became the representative avian of Nevada in 1967. You can easily identify it with its blue feathers mixed with white and brown. This species is often confused with its cousin, the Eastern Bluebird.

To distinguish this bird from other species that look similar in pictures, read through the following Nevada birds identification of the bluebird. 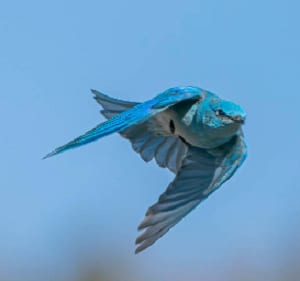 Mountain Bluebirds are part of the thrush family. They weigh from 27 to 34 grams, 15 to 20 centimeters, and have wingspan between 25 to 32 centimeters.

Both genders have a blue plumage but are more vivid in males with their white bellies. Female bluebirds have an eye ring and brownish feathers with a tint of blue on their backside, tail, and wings. Their pointed bill, legs, and feet are black. 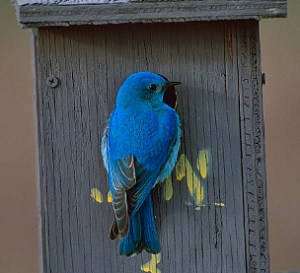 These birds are insectivores and frugivores. Their diet comprises insects in the summer and berries during winter. They also feast on fruit seeds like grapes and mistletoe seeds. 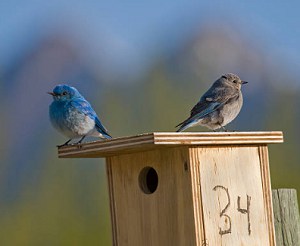 Mountain Bluebirds are monogamous. The male will find a nesting site, preferably in a crevice or a hole created by a woodpecker. The female chooses their mate depending on the nesting location, not caring about the looks or songs of the male.

These birds are clean freaks, cleaning the material for the nest and keeping their home every day. The egg incubation can last for 13 to 14 days. Once the baby mountain bluebird is hatched, both parents will share the duty of providing the food. 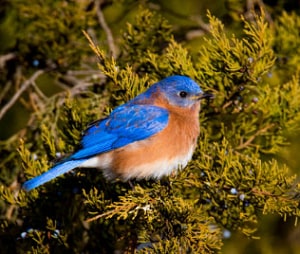 You can find Mountain Bluebirds across several states living in coniferous forests, high sagebrush, orchards, meadows, and grasslands. These birds are present in Alabama all year. While a part of their population overwinters, others migrate to Texas, Mexico, or Alaska. 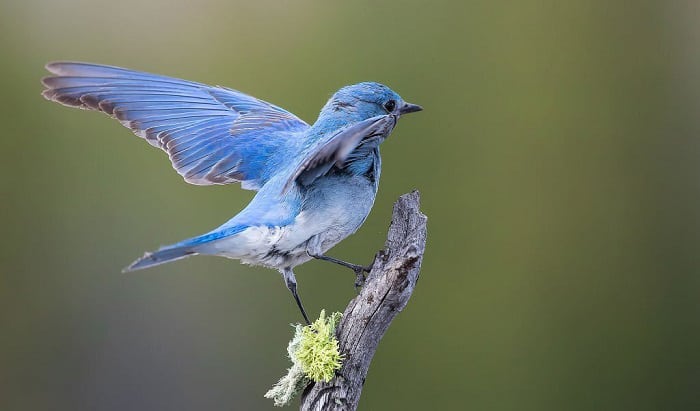 Why did the mountain bluebird become Nevada’s state bird?

The Nevada national bird is an all-year resident of the region. They sing their songs audibly as each season passes. Their loyalty earned them a special favor from the residents, which led to the legislation to make them the representative avian of the state.

The state and federal government also granted them protected status since Mountain Bluebirds are experiencing a loss of nesting sites because of pesticide use.

What state has a mountain bluebird for their state bird?

Nevada shares their state bird with Idaho, which also adopted the Mountain Bluebird as its representative avian in 1931.

What do mountain bluebirds eat?

Their diet mainly consists of berries (juniper, mistletoe hackberry) and insects (bees, ants, caterpillars, beetles). They also feed on whatever crops they can find during fall and winter, especially fruits.

What is the Nevada mountain bluebird symbolism?

The mountain bluebird is a small thrush, but it has a significant influence on different cultures. They are associated with warmth and spring.

But if we are to link a single word that perfectly symbolizes a bluebird, it’s happiness. This is recognized around the globe, even in places where the species are not found.

What are some Nevada state symbols facts?

What more is there to know about the state symbols of Nevada other than the Mountain Bluebird being its state bird?

Now that you know what is the state bird of Nevada, you can share this information and some fun facts in this article. I bet you can even put the Mountain Bluebird in a drawing!

Did you find everything you need to know about Nevada’s state bird? We hope you did. If you encounter this well-loved bird, share your experience with us below. If we missed some important pieces of information, let us know. We love reading your comments!