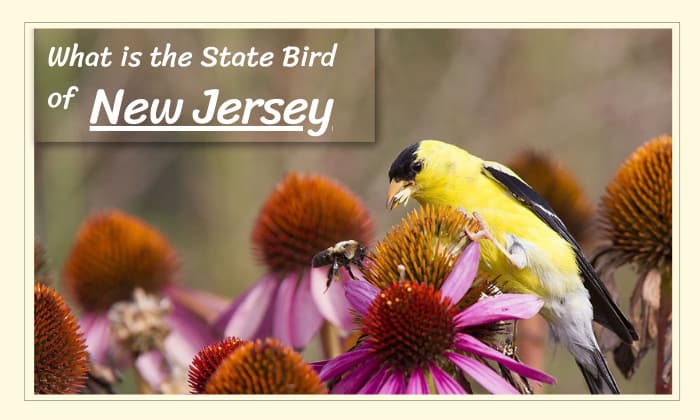 New Jersey is a Middle Atlantic state in the US with territories extending to the East Coast. It may be the 5th smallest state in land area, but it is home to over 480 avian species.

Considering that the region also ranks 13th among the US states with the most varieties of avian species, one can’t help but wonder what is the state bird of New Jersey. To answer the question, their official bird is the Eastern Goldfinch. 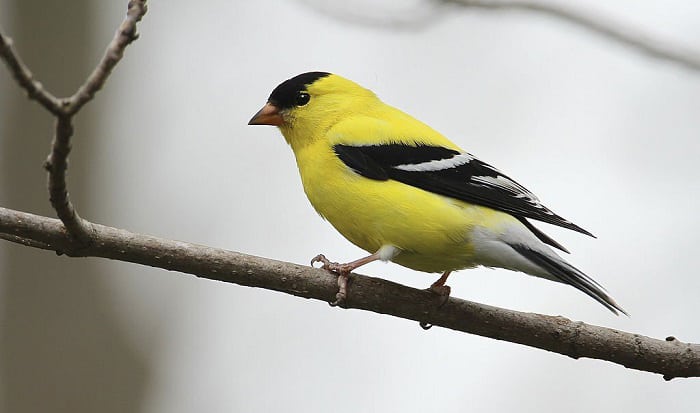 This small finch of the Fringillidae family goes through a molting process twice a year. The male and female goldfinch also exhibit sexual dimorphism, meaning they have individual characteristics that distinguish them. 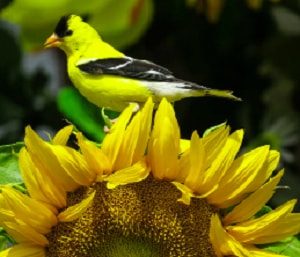 The male goldfinch is predominantly bright yellow with a black cap on top of the head. Their wings have streaks of black and white.

By nature, the male is brighter as a means to attract a mate. Meanwhile, the female goldfinch is slightly drabber with its olive to khaki-tinted feathers.

Both sexes undergo molting, which happens in autumn and spring. However, they only molt completely in the autumn, as they need the duller brown feathers to avoid predators.

When spring comes, the birds will partially change to brighter feathers – this occurrence is more noticeable in the males due to their bright lemon-yellow feathers. As for the females, the color change is negligible during this season.

This small yellow bird has a small, robust conical beak that is designed for gathering seeds from its favorite plant.

Goldfinches’ beak is usually pink most times of the year for both male and female goldfinches. The only exception is the spring molt when the color shifts to a lively orange color. 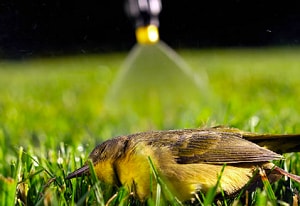 The eastern goldfinch is a granivorous songbird with a diurnal feeding time. Interestingly, it is known to be a strict vegetarian, feeding mostly on seeds and plants. The rare occasions goldfinches consume insects are typically to feed their young.

Among the various grains that goldfinches usually eat, their favorite is the Nyjer and sunflower seeds. That said, other composite seeds, such as dandelion, ragweed, teasel, and native milkweeds, can also attract these famous New Jersey state symbols.

This bird is usually found in open woodlands, on the edges of forests, in open fields and meadows. Even if they migrate during mid-autumn and early spring, they will still seek out these kinds of habitats.

During winter, flocks of goldfinches will move south to Mexico. And when the breeding season comes, they can be found nesting in parts of North America. 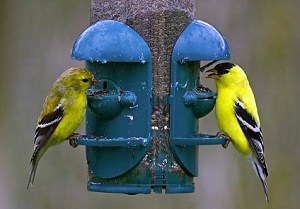 The nesting period for the Eastern Goldfinch typically begins in the late summer. Females are the sole builders of their characteristic cup-like nests, often built on top of a shrub or tree’s outer branches. This construction task is completed after six days.

The nest of the goldfinch is sturdy because it is made up of several layers. The outer part comprises bark, grass, moss, small roots, and vines.

In addition, the female also uses thin threads, such as spiderwebs, to strengthen the edges of the nest. Then the inside is lined with thistle and milkweed fibers. Afterward, the female will start laying eggs.

The eggs of the eastern goldfinch are oval and have a bluish hue with speckled brown spots. Only the female is involved in incubating the eggs, while the male partner hunts for food for both of them. Males will continue to feed their young until the chicks leave the nest. 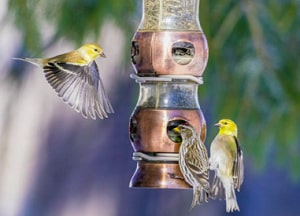 The characteristic call of the New Jersey bird sounds like “po-ta-to-chip.” The song is usually sweet and composed of long notes, sung during flight or when calling to their partners as a courtship call. 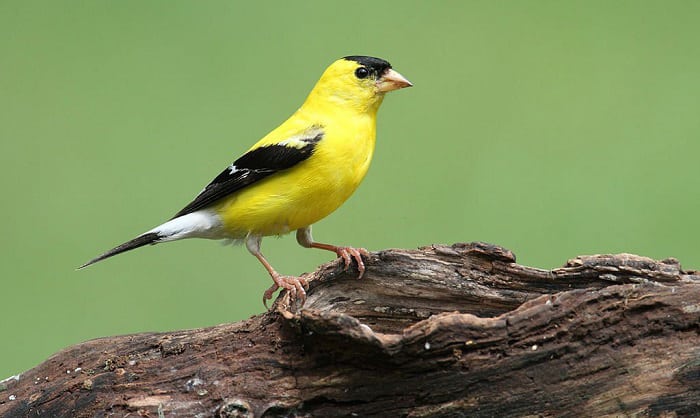 Why is the American Goldfinch New Jersey state bird?

New Jersey has a lot of state symbols on its list, such as the NJ state bird and flower, which is the American Goldfinch and the common meadow violet, respectively.

While there’s no official statement as to why this yellow and black bird New Jersey has become so closely associated, many people believe it’s because of their popularity.

With how frequently finches in New Jersey appear, it comes as no surprise how the residents here would recognize these vibrant birds and their signature songs.

When did the American Goldfinch become the state bird for New Jersey?

The American Goldfinch has been the state bird of New Jersey since 1935. This was officially declared during a state legislature meeting on June 27, 1935.

With almost a century as one of the state symbols, American Goldfinches will be the first thing many people think of at the mention of yellow birds in NJ. However, did you know that it’s also the state bird of Iowa and Washington?

Is it true that the American Goldfinch has been replaced in 2022 by a new state bird which is the “middle finger”?

No, it’s just an April Fool’s prank by the Governor of New Jersey. He was only joking when he tweeted that he signed an executive order changing the official state bird from the American Goldfinch to a new one: The Middle Finger.

The Governor said that this reflected the values and culture of the state since drivers of NJ were constantly using this graphic hand gesture. He published a type-written document with the last line reading, “HAPPY APRIL FOOLS!”.

You may not know, the Eastern Goldfinch is also present in Iowa state. Click this link to learn more!

The American goldfinch is a well-loved bird in many states besides NJ. It can also be found in other states, such as Michigan and Pennsylvania, along with other species of finches.

New Jersey, also known as “The Garden State,” is only one of the Eastern goldfinches’ homes. However, I can hardly think of many other places with such perfect conditions to nurture these state birds and many other avian species.

Now that you know what is the State Bird of New Jersey (it’s not the middle finger!), I hope you’ll come to this yellow bird more.