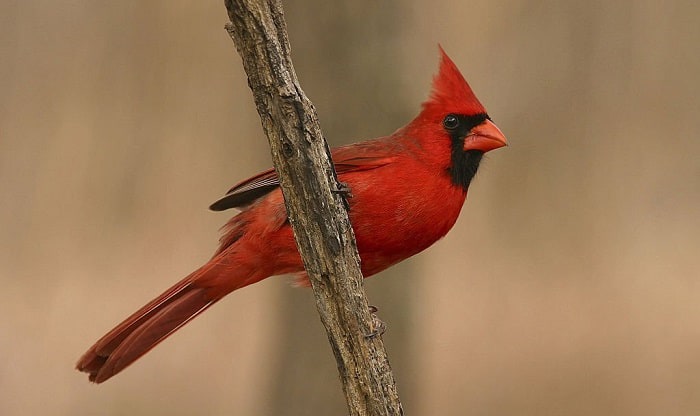 On March 1, 1803, Ohio received its statehood and became the 17th state of the United States. It has adopted many symbols over the years, but what is the state bird of Ohio? The Northern cardinal was chosen as the legislative avian in 1933.

This bird species is undoubtedly a popular one, thanks to its appearance and behavior. Six other states adopted the Northern cardinal as their state bird, namely, Virginia, West Virginia, Kentucky, Illinois, North Carolina, and Indiana.

All About the Northern Cardinal

As one of Ohio state symbols, the northern cardinals produce songs that are absolute music to the ears. They are beautiful to look at, and they behave well. No wonder seven states chose this songbird as their state avian.

Why Is the Northernn Cardinal the State Bird of Ohio?

The Buckeye State used to have a dense forest prior to the 19th century. This is the main reason why northern cardinals were not common birds there.

But when Ohio’s environment evolved into a mixed habitat, the land started to hear the beautiful whistling of the red birds.

Because of the appearance of the northern cardinals, farmers and gardeners were blessed with natural insect and weed seed eaters.

And so in 1933, the state of Ohio chose and declared the northern cardinal as its state bird.

Is the Northern Cardinal an Endangered Species? 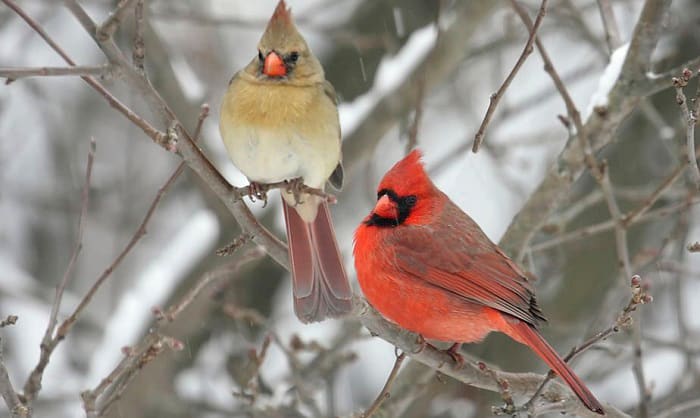 The Ohio state bird is protected by the Migratory Bird Treaty Act. No human is allowed to harm this songbird, and so they live their lives in the wild with less to worry about.

In fact, anyone who is caught killing a northern cardinal, purchasing one as a pet, or hunting them will either be sent to prison for half a year or fined $15,000.

And so with the law at their side, coupled with the generosity of humans, this passerine species is thriving well and not in danger of going extinct. Cardinals get to live for up to 15 years.

How Do These Birds Behave?

No matter how small the red cardinal bird is, its size does not stop this breed from being overly aggressive. Cardinals are obsessive creatures, and their intense behavior turns up a notch or two during the breeding season.

In fact, northern cardinals even attack their own reflections on glass windows in houses or cars.

The males are especially protective of their mates and nest. Thankfully, when the mating period is over, these passerines go back to being cool-headed.

Northern cardinals are also sweet lovers. Both sexes sing, unlike other passerines where the males are the ones that display their vocal skills. Male and female mates communicate through songs, and they’re exceptionally lovely to listen to.

What Do Northern Cardinals Eat in Ohio?

The Ohio national bird is originally an omnivore. But their existence in the Buckeye State turned cardinals into a herbivorous lifestyle. The diet of these avians is 90% plant-based. They especially love sunflower seeds and often visit feeders that offer their favorite food.

The rest of the percentage of their diet is insects. So you can offer mealworms in your bird feeder or other kinds of dried or fresh insects.

The male Northern cardinals have a vividly scarlet plumage, while the females are gray-brown. Both sexes have a head crest and black mask. And in the fall season, these birds shed their feathers to grow new ones.

To give you a better view of these popular red birds, let’s take a closer look at some pictures of Ohio birds. 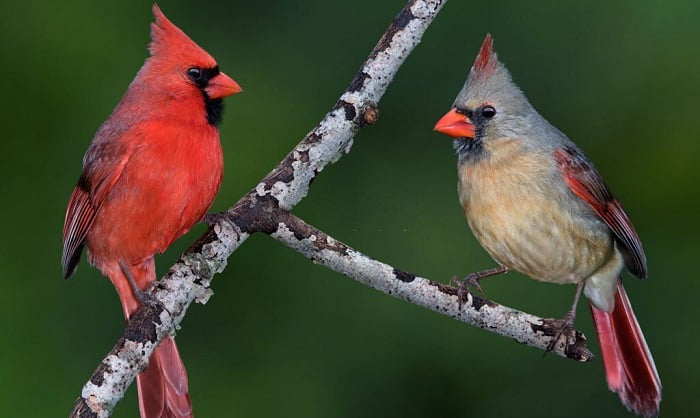 In every breeding season, the red birds of Northern Ohio find their own mates. The males display their sweetness by feeding their potential partners their favored seeds. Their courtship ritual is referred to as “beak-to-beak”.

Once a male and female redbird form a partnership, they both search for their nesting spot. They gather everything needed to build their new home. The nest on a tree is usually 1-15’ off the ground, and in a cup form.

Upon hatching, the baby birds have very little feathers, with closed eyes and clumsy movements. Luckily, the doting parents are always there to care for their young passerines.

Facts About the Northern Cardinals 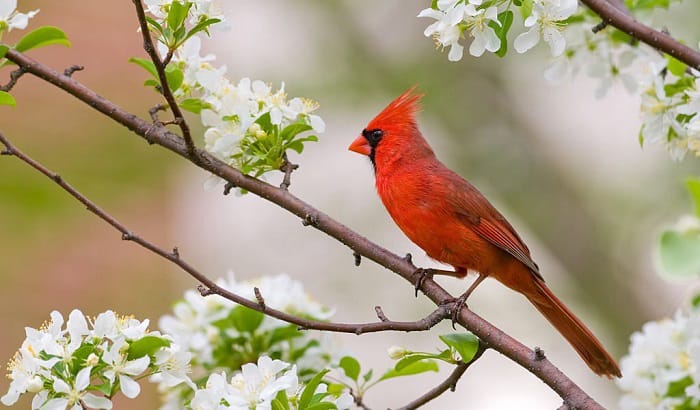 Northern cardinals are permanent residents of Ohio. They are found all year in mixed forests, nature parks, backyards, and other parts of the state. These gorgeous red birds are super interesting, and we’ll explore a few facts about them.

The northern cardinals are bright red in color. These red birds are extremely visible in the snow, and so they received the nickname of Winter Redbirds.

In the state fair area, locals and tourists enjoy the sight of the giant cardinal statue. It is one of the beautiful views of the event, and countless photos have been taken with the structure.

The red birds in Ohio are usually seen as mascots for various sports. Residents love and adore them, so they became the face of many teams.

During the winter months, northern cardinals form a huge flock. They do this in order to find food better at times when resources are scarce. And they even perform this team effort with other bird species.

Northern cardinals are red in coloring. And they got their name because their shade resembles the robe of Catholic Bishops. Whenever residents and tourists see these redbirds, they are always reminded of the religious Cardinals.

What is the state bird of Ohio? The Northern cardinal was made the state bird of the Buckeye State in 1933. They’re sweet creatures but turn extremely aggressive while breeding. As non-migratory songbirds, these redbirds form a large flock in wintertime to look for food.

Northern cardinals are no doubt very popular, as evident by seven states using them as a national symbol. They mainly eat plant-based foods and very few insects.

Kindly share this article to your friends if you like it. And let us know what’s on your mind.