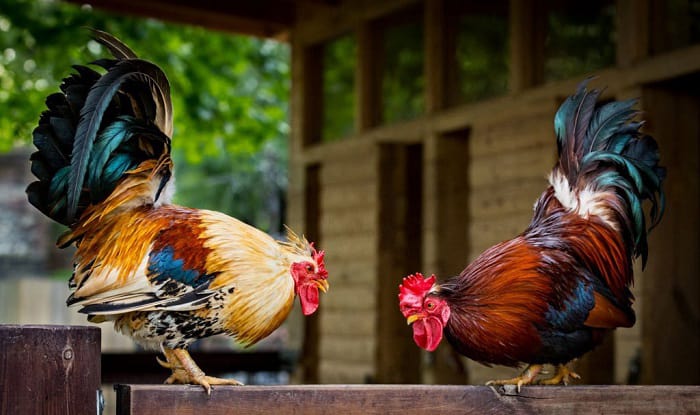 In 1954, a state bird election was conducted in the state of Rhode Island. It was sponsored by the Audubon Society of Rhode Island, the Providence Journal Company and the Rhode Island Federation of Garden Clubs.

The Rhode Island red chicken bested all the other contenders and since then became the symbolic Rhode Island state bird.

Quick Facts about the State Bird of Rhode Island 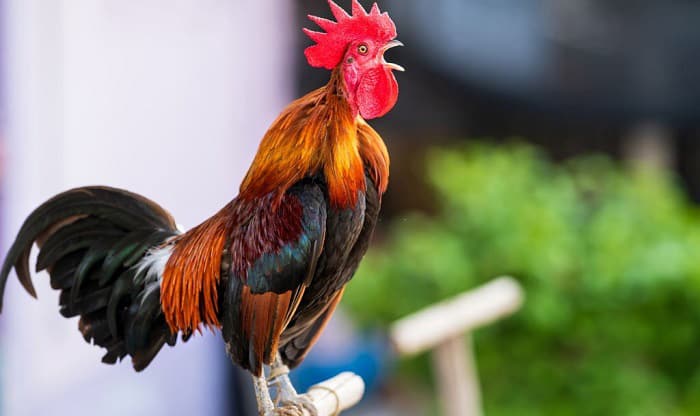 The common name of this bird is Rhode Island Red Chicken, and its scientific name is Gallus gallus domesticus.

Some of his distinct traits that help you recognize them are:

What to Know About the Rhode Island Red Chicken

The Rhode Island red chicken is classified by the American Poultry Association as an American breed of domestic chicken.

Its origins are from the said state and were developed as a result of cross-breeding oriental birds such as the Malay, Java, and Cochin with the brown leghorn originally from Italy to produce the ideal hen.

The Rhode Island red hen and rooster were raised mainly for a practical purpose because of their generous meat and the hen’s amazing capacity to lay eggs. The female can produce as many as 200-300 eggs every year.

The History of the Rhode Island Red 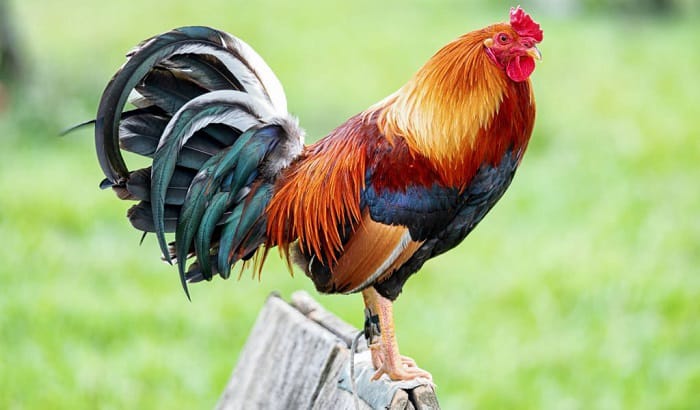 The Rhode Island Red was bred in Rhode Island and in Massachusetts in the late nineteenth century. The first person credited for successfully breeding this kind of chicken was William Trip.

He acquired a Malay rooster from another sailor and began mating this with his American breed of hens. He then partnered with his friend, John Macomber, and they both started breeding successfully a progeny of chickens that have superior egg-laying qualities.

It earned the nickname “Trip’s fowl” or some would call the breed “Macomber”. Sadly, even if Trip and Macomber were the first to do successful breeding, the naming of the breed as Rhode Island Red is credited to Isaac Wilbour. He was as successful as the two in cross-breeding and producing Rhode Island reds.

Characteristics of the Rhode Island Red

A Rhode Island red chicken can lay as many as 300 brown eggs per year. That’s why this is a favorite breed among poultry owners because the hen is so prolific in laying eggs.

As early as 16-18 weeks old, the Rhode Island red hen can already start laying eggs. It can produce as many as 5-6 medium-large size brown eggs per week.

As the hen gets more mature, the size of the eggs also increases every year, which is very advantageous for breeders. Good quality and a good quantity of eggs!

Rhode Island reds are not only a favorite in its home state but also in other states. Farms as far as Colorado breed these kinds of chickens for selling and for the dual purpose of supplying meat and eggs. 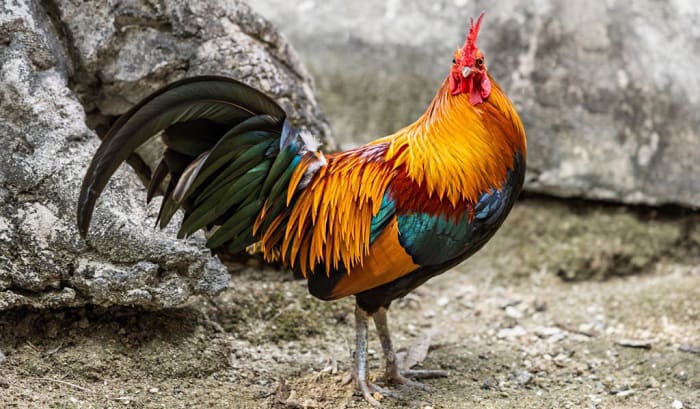 Why is the Rhode Island red the state bird?

When did the Rhode Island Chicken become the state bird?

It became the official state bird in 1954 after it was chosen during an election.

Most breeders would describe this breed as friendly and easy to keep in their backyards. The females are usually docile but the males can be noisy and aggressive.

What are the other state symbols of Rhode Island?

Other notable state symbols of Rhode Island are their state drink which is called “coffee milk” and the state marine animal, the harbor seal which was adopted in 2016.

The state tree is the red maple and the state seal can be seen in pictures with an anchor in the middle with the words “hope” as the motto that comes with it.

Is Rhode Island really an island?

No, Rhode Island is not an island. It is the smallest of the 50 states in terms of land area.

Its northern and eastern border is Massachusetts and, in the west, it is bordered by Connecticut. It shares a maritime border with New York state in the south.

The Rhode Island Red is an interesting and unique bird, historically speaking and in terms of its breed. It’s no surprise why it has become the symbolic bird of the state of Rhode Island.

When someone asks you one of these days the question, “What is the state bird of Rhode Island?”, you will definitely have more to say than just the name of the bird but a few more facts about this remarkable American breed after reading this article.