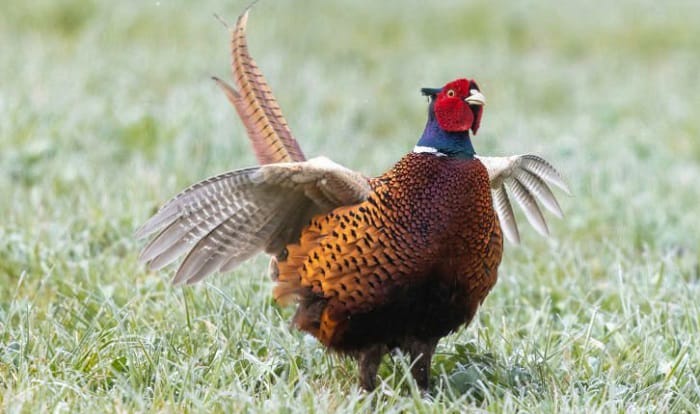 Diverse avians make their home in the majestic rolling landscapes of South Dakota. Being referred to as the land of infinite variety, it would have been irresistible for the residents to choose the most beautiful bird to represent their state.

So, what is the state bird of South Dakota? The answer is no other than the Chinese Ring-necked Pheasant (Phasianus colchicus).

If you’re curious about learning more about the SD state bird, then you’ve come to the right article.

Here are the 6 impressive and cool facts about the Chinese Ring-necked Pheasant.

Fact #1: They are incredibly beautiful 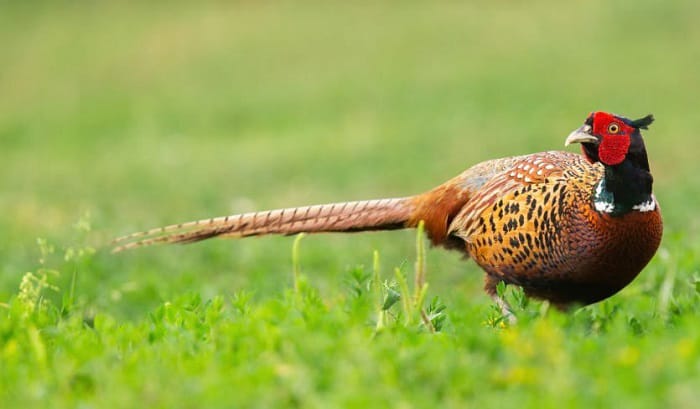 Starting with its prominent colors, small head, and long-tail anatomy, who would not have given a second look to this flamboyant avian.

Adult male ring-necked pheasants are distinctive with red facial skin around the eye and a white ring collar on their neck. The residents love the golden plumage with a touch of blue, green, and iridescent black spots throughout its body. 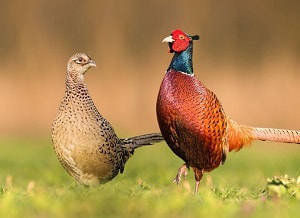 Fact #2: It does not originate in the United States

South Dakota’s state bird, the Chinese Ring Necked Pheasant, was an import from Asia. Not until 1989 that the bird appeared in South Dakota.

This fancy foreigner fit the American lifestyle, surviving in the farming environment where native birds failed to flourish. And with its endearing feathers, it easily won the hearts of South Dakotans.

It was officially recognized as the state bird on February 13, 1943. No other imported avians have been well-loved and come at par to the triumph of the Ring Necked Pheasant!

Fact #3: They prefer walking than flying 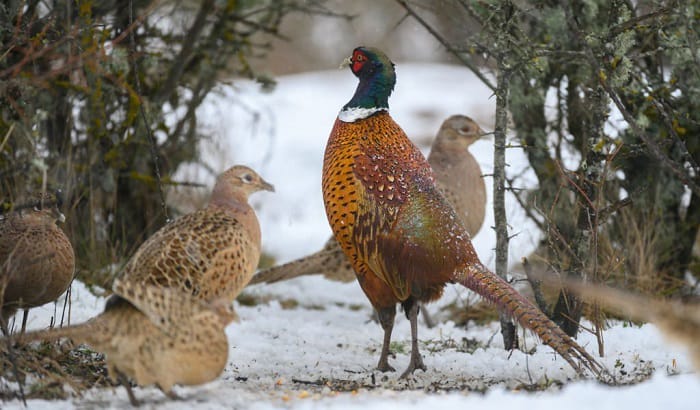 Pheasants usually travel by walking and only fly as a last resort when being threatened or chased by predators. They are a good runner that can run up to 10 miles per hour while being pursued.

Meanwhile, their flight lasts only about a half-mile or more. It is characterized by an abrupt, frantic eruption of wings pounding three times per second. This sudden take-off creates a loud sound that can frighten their predator.

Since they are ground-dwellers, these birds primarily feed on the fields where they consume leftover grain, insects, and other seeds. On the downside, farm equipment can easily destroy their eggs.

The little ones can flee the nest as soon as they hatch. There will be no worry since they can take care of and feed themselves from birth. In around two weeks, they will learn how to fly.

The females teach them basic survival skills, but newborn birds have a high mortality rate where only one out of ten babies will live until their second birthday.

Fact #5: SD state bird is beautiful outside and TASTY inside! 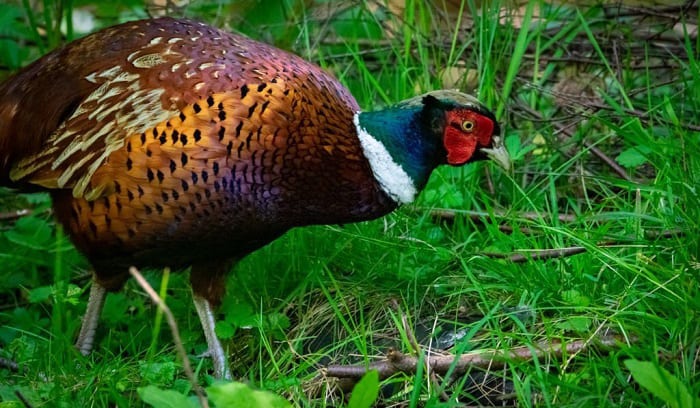 It may have come to your surprise that the Chinese Ring-necked pheasant allured the residents with its beauty to gain the title of South Dakota’s state bird. But that is not the end of the story!

This bird is also a lump of delicious meat perfect for the table! As a matter of fact, the pheasant is regarded as a delicacy in other states.

Whether it’s crispy pheasant, tender pheasants, smoked ring, or turned into kettle corn, this bird will surely make you drool.

This bird has duality!

Fact #6: They are built strong and resistant

Female Pheasants occasionally lay their eggs on other ground-nesting avians. To kick them off, the male Ring-necked Pheasants will harass, chase, and terrify their prey. Their usual victims are the Greater Prairie-Chicken and Gray Partridge.

South Dakota’s state bird is also highly resistant to parasites and illnesses common in ground-feeding birds, making them popular and manageable. And for days when it is extremely cold, they will go dormant to survive the harsh weather.

Moreover, they also became hunter’s favorite for gamefowl as soon as when they were brought to the state.

1. How will I know if it is a male or female Chinese Ring-necked Pheasant?

2. How did Ring-necked Pheasant become the state bird for South Dakota?

Since when it was imported, the residents have come to appreciate the beauty of this bird.

It flourished well in South Dakota, and the Pheasant miracle turned into a huge profit; then, in 1943, it was recognized as their state bird.

3. What are the other South Dakota symbols?

Their state insect is the honey bee, and their state animal is the coyote.

4. What is the state bird of North Dakota?

Western Meadowlark is North Dakota’s State Bird. This is a vivid yellow small bird and was chosen in 1947 due to its loyalty to the state.

Out of 438 bird species in South Dakota, and imported Asian native stand out among the rest. The Chinese Ring-necked Pheasant (Phasianus colchicus) took the state in a storm of beauty and luck, eventually earning its title as the state bird.

And if you want to talk about range, this bird will come at the top, possessing charms, strength, and savoriness! They are born prepared and are built to last.

At last, we hope that we have satisfied your curiosity and provided you with comprehensive information about what is the state bird of South Dakota. If you have further questions, don’t be shy to share your thoughts.

Furthermore, refer to our article about other state birds like: