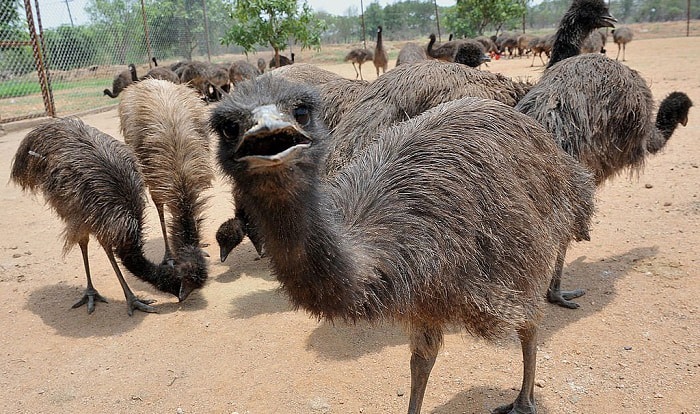 Animals are like people – each has its own unique personality and intelligence. Some species, though, are noticeably a little slower than others.

What is the dumbest bird? Most people would instantly answer the dodo. The belief is so widespread and popular, the term “dodo” has even become a derogatory slang for unintelligent people.

In terms of IQ, however, the bird with the lowest score, and presumably is actually the least intelligent bird, is the Kakapo parrot.

What are some stupid birds, how did they each gain that reputation, and do they deserve it? Here is a rundown of the stupidest birds in the world. 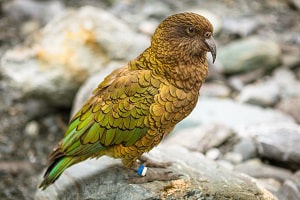 The Kakapo is a stupid parrot that lives in the jungle and forests of New Zealand. They cannot fly but make up for it by being good climbers.

The species acts like a deer caught in headlights when faced with threats or predators: it freezes in place, sometimes even falling out of its tree or bush in fear.

Kakapos are frequently compared to dodos: they are flightless birds happily living and thriving in their own little worlds until faced with foreign species, among them humans.

Will kakapos have the same fate as dodos, though? Hopefully not.

The Northern Fulmar is considered a dumb bird because of its questionable parenting choices.

They build their nests on high, rocky ledges perched precariously over the ocean. This makes all those who spot it a little nervous, worried that the single fulmar egg in it may fall helplessly into the water!

However, fellow parents understand that protection is of utmost importance, and even bird mothers and the other dumbest animals wouldn’t intentionally endanger their chicks and young.

Their chicks are presumably safe up on rocky ledges with fewer predators. Even if spotted, the chicks are born with a natural defense mechanism of vomiting stinky oil all over the threat. 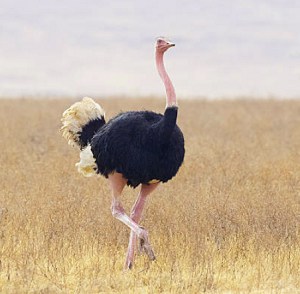 Ostriches are stupid looking birds who have huge eyes that are bigger than their brains. In fact, while ostriches are the largest birds on earth, their brain is pitifully tiny, resulting in a lower intelligence.

Despite being able to run extremely fast, ostriches can’t fly because they are too heavy.

Turkeys are silly looking birds that are considered dumb because they overestimate their own abilities.

Domestic turkeys, for example, are known to jump into water tanks and accidentally drown themselves.

Some homeowners also share stories of their turkeys repeatedly attempting to jump over their fences to get to the other side, assured of their athletic abilities. All they ever manage to do, however, is damage the fence.

Predators such as coyotes and foxes have learned to use turkeys’ natural flightiness to their advantage, regularly hunting the species for easy meals. 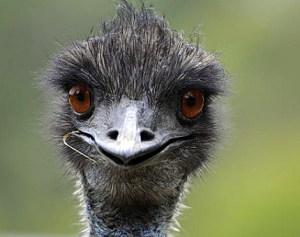 Emus are brighter than turkeys – but not by much. They are considered a ridiculous bird species because they are easily fooled and spooked away.

There are also many stories from Australians (where the emu lives) of emus running straight into their parked cars with no observable attempt to change direction or stop running.

Cardinals are colorful, beautiful birds who, unfortunately, never learn from their mistakes.

Cardinals earned their reputation for being dumb because of their repeated tendency to ram into glass doors and windows. Regardless of the number of times they have tried and failed to enter people’s homes that way, they simply won’t stop trying.

Maybe cardinals should receive the “most persistent” bird award instead. 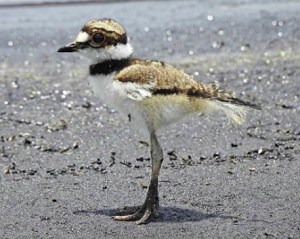 “Killdeer” is one of the weirdest bird names. They are tiny birds that obviously don’t kill deer. Their name comes from the shrill cry they make that sounds like them saying, “Kill-deer!” But their strange name isn’t why they are considered stupid.

Killdeers are considered dumb because while most animals hide from predators, they seem to call to them instead. The bird is known for their loud shrilling, a blatant advertisement to all predators announcing its current location.

Additionally, when the predators arrive, the killdeer’s first instinct is to approach the threat first, bobbing up and down as if hiccuping. Only if they survive those crucial seconds do they run away – not fly!

They also build their nests on the ground, leaving their eggs and chicks in easy reach of hungry animals.

Like the Northern fulmar, lilac-breasted rollers are thrill seekers who build their nests in dangerous places bordering on dumb, which is high, high, high up in trees.

The species is also considered stupid because it seems undisturbed by threats. When approached by hunters, it simply sits in place, as if unaware that it is in danger.

In addition, these birds tend to take dust baths to clean themselves – strange as it may sound. While the practice does help them to rid pests, it also may hinder their vision, leaving the lilac-breasted rollers vulnerable. 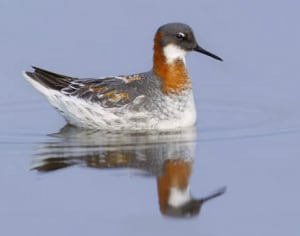 Most birds do their best to be efficient when planning their travel and migratory routes, carefully picking the best paths that allow them to expend the least energy and find a steady food supply.

Red-necked phalaropes, however, seem to be on tour: They take an extremely long route, even crossing the entire Atlantic Ocean – a feat extremely difficult to pull. Unfortunately, many of them perish along the way. 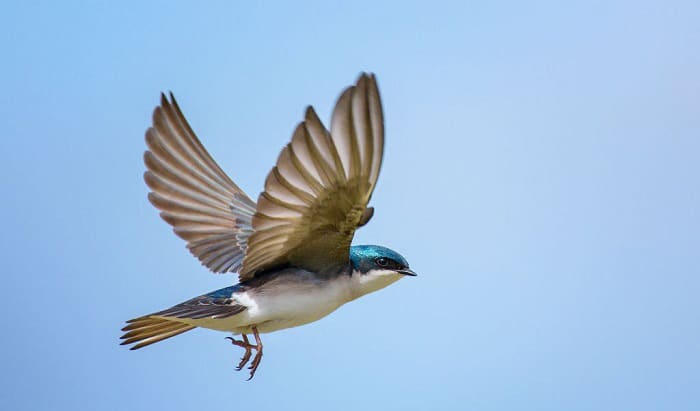 Ravens and crows have been determined to be the two smartest bird species, according to Kevin McGowan, a researcher at the Cornell Lab of Ornithology.

His experiments have shown that ravens and crows have almost equal, impressive amounts of problem-solving abilities and memory skills.

Why are dodos the dumbest bird?

Many people consider dodos the dumbest birds because the species didn’t flee when being attacked by humans. They simply stood in place as they were being murdered to extinction.

However, scientists argue that dodo birds had no predators before humans and had never had any reason to run away from anything before. In addition, their inability to fly also contributed to their fast extinction rate.

In truth, researchers say, dodos are as wise as pigeons and doves.

The term “bird brain” arose in the early 1900s and is used to address an unintelligent person. The slang phrase referred to the perceived small brain sizes of birds which, theoretically, means they have little brain power.

However, this is fool bird facts. Recent studies have shown that most birds are brilliant and have very active brains, meaning the insult is actually scientifically incorrect.

With more than 11,000 bird species on earth, it’s complicated to test every single one to measure their IQ.

We may never definitely know what is the dumbest bird, but we can make guesses based on observations of avian behaviors.

When making judgments, however, we should remember that nature has always been about survival of the fittest. If the species is still around today, they must be more intelligent than we think. After all, how else could they still be alive?