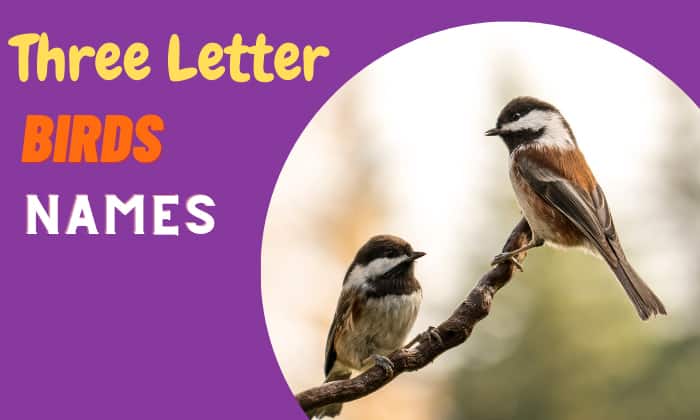 Birds are wonderful animals. Their songs bring us joy, and each bird has interesting symbols and meanings behind it. According to the latest report of the American Museum of Natural History, there are about 20,000 different species of birds in the world today.

For nature lovers, especially bird lovers, the sheer number of species means there’s a lot to discover about them. One example of this is birds whose names have only three letters.

In this article, we will explore three letter bird names: Owl, Mew, Jay, Emu, Kea, Moa, Tui, and Tit, and some of their characteristics. These birds are all over the world and some of them are now extinct, for example the Moa. Let’s take a look at the following article to find out more interesting things about them! 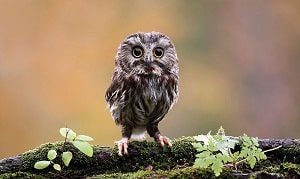 The owl is the most common three letter bird name. They are present in most continents except the remote islands and polar regions. Owls live solitary lives and are good hunters. Their food usually contains insects, small animals, and small birds. Some other species of owls are very good at catching fish. Their hunting skills are thanks to sharp claws, excellent eyesight, and hearing.

Although the owls’ field of vision is far and wide, they cannot focus on objects that are too close. Sensitive whiskers around the beak area help the owl detect nearby objects. Most owls are active at night and rest during the day. However, burrowing and short-eared owls tend to be the opposite. They usually hunt at dawn and dusk.

Be careful; owls can attack humans. A photographer named Eric Hosking lost his left eye while he was capturing a striped owl. This inspired him to write his autobiography An Eye for a Bird in 1970. In addition, according to the Washington Post, owls have attacked many pedestrians in the park and the zoo. 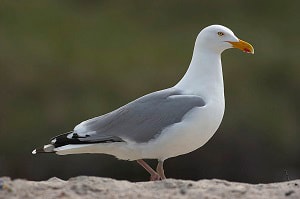 Mews are also known as seagulls, mew gulls or common gulls. Their upper body is usually gray, the lower part is white, and their legs are yellow-green. Mews live in North America, Northern Europe, and the Palearctic realm. However, they often migrate to many places seasonally. For example, during the summer, they often migrate throughout northwestern Canada, and Alaska. When winter comes, they migrate along the Pacific coast.

Mews are omnivores. Their diet varies by season and location. They usually eat fish, mollusks, crustaceans, earthworms, fruits, and grains. Mews have many different ways of feeding, such as walking along shallow water, swimming, and diving in the water while flying.

Mews has a very distinctive cry. Their “meow” sounds like high-pitched laughter. The mother gull lays a maximum of three eggs at a time. The eggs will hatch in 24 to 26 days. Mews mature within 3 years.

If you think Mews are gentle animals then you probably are wrong, check out this video of Storyful Rights Management to see they can swallow a bunny! 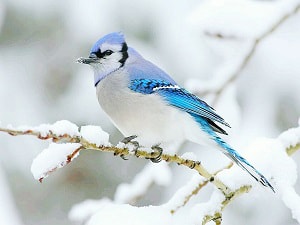 The next 3 letters bird name is also a familiar one: Jay, commonly known as the Blue Jay. It got its name because its fur is mostly blue and white. Males and females are not very different in size.

Jays live in the eastern and central United States and they tend to be migratory. They breed in areas with coniferous and deciduous forests. In addition, people see blue jays in residential areas. Jay’s main foods are nuts and grains.

The Blue Jay can be aggressive and attack other birds. They can also destroy the nests of birds. The name Jay comes from the fact that they are loud and aggressive. However, this is an advantage for Jay because it is able to chase other birds of prey away. 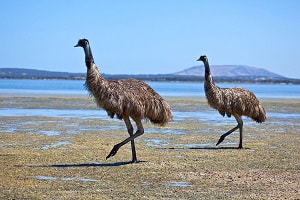 Emu is the 3-letter bird name that we will learn about next. The emu is the second tallest bird, after the ostrich. The emu is a bird native to Australia and is present on most of the Australian continent. These birds have extremely fine and silky feather, but they cannot fly. Their food is mainly insects and plants. During the breeding season, emus may not eat for a day and rarely drink water, but when they do, they drink a lot.

Their breeding season is between May and June. During this time, emus mate several times and reproduce. It takes about eight weeks for the eggs to hatch, and the young emu need about six months to mature.

In Australian society, the emu bird holds an important cultural value. Emu can be found on their coins and coats of arms. 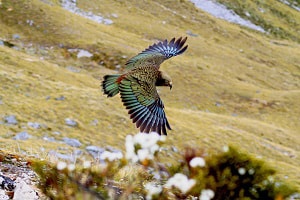 Kea birds usually live in the high mountains and forests of the southern islands of New Zealand. Kea is a large parrot, belonging to the family “Nestoridae”. This is the only parrot species that is well adapted to the highland climate. They have a curved, narrow beak, and a grayish-brown color. Their feathers are olive green and orange under the wings.

Kea are omnivorous birds. They eat insects, fruit, and nectar. In the past, Kea birds were regularly killed because they were thought to attack livestock. However, today, the New Zealand Wildlife Act protects them from being killed.

Kea have herd behavior, and they usually live in groups of 13. Kea are also known to be polygamous, meaning that a single male can breed with multiple females. The breeding period starts from July to January. Each time the Kea lays 2 to 5 eggs and the incubation period is about 94 days. 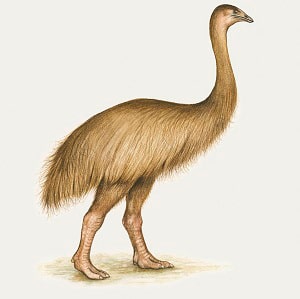 We can’t see the wings on Moa birds because they can’t fly. They once appeared all over New Zealand, but are now extinct. Moa birds are large, weighing about 230 kilograms. They are herbivorous, so they eat leaves and branches.

By the time the Polynesians arrived in New Zealand, there were about 2.5 million Moa. However, later the Polynesians massively hunted Moa for feathers and meat, leading to the extinction of this bird. 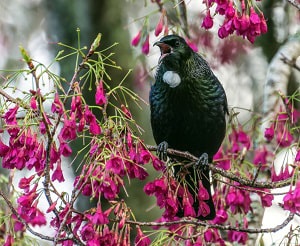 Tui is also a bird from New Zealand. They have a characteristic tuft of white fur on their necks, and their bodies are bronze, green, and blue.

The Tui are aggressive. They often attack and drive other birds out of their territory, regardless of their size, by flapping their wings and making annoying sounds. When encountering an enemy, tui will raise its feathers to make it look more intimidating.

Tui’s favorite food is the nectar of the New Zealand flax plant, which is sometimes fermented. When eating this honey, tui birds appear to be drunk. 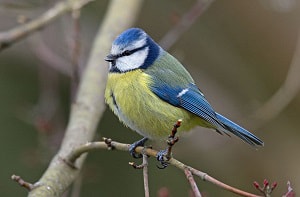 The last 3 lettered bird’s name that we will explore today is Tit. Tit is a small songbird from Africa and the northern hemisphere. They have a special ability of agile acrobatics to hunt insects hidden in the branches and foliage. Maybe that explains why they have strong and stocky bodies.

In addition, Tit likes to eat a variety of seeds. Although they love the woodlands, they are also social birds, so they are very close to humans. During the breeding season, they become quite aggressive and would always defend their territory.

These three letter bird names may be familiar or this is the first time you have heard of them. They originate from various regions in the world and some of them possess a long history and are embedded into national cultural values.

Among these 3 letter bird names, which one interests you the most? Feel free to share with us in the comment section. We’d love to hear more stories from you about these special birds!