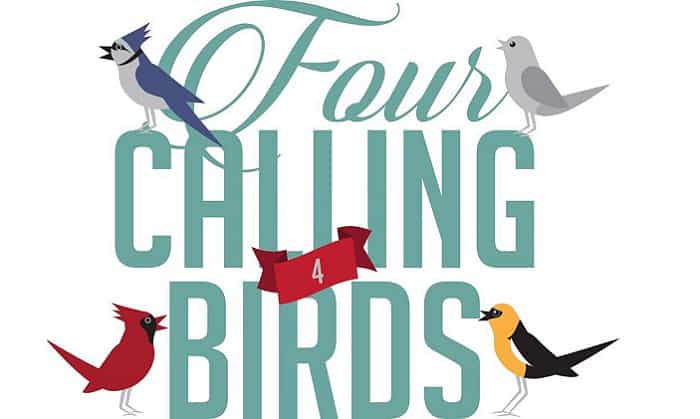 The delightful tune of “Twelve Days of Christmas,” which was first published in 1780, will soon enchant everyone once more.

But, what are four calling birds? From its original lyrics, it was written as “four colly birds,” which was an archaic name given to blackbirds. But there’s more to it!

Continue reading as we travel through time and discover amazing facts about the 4 colly birds.

What to Know About Four Calling Birds 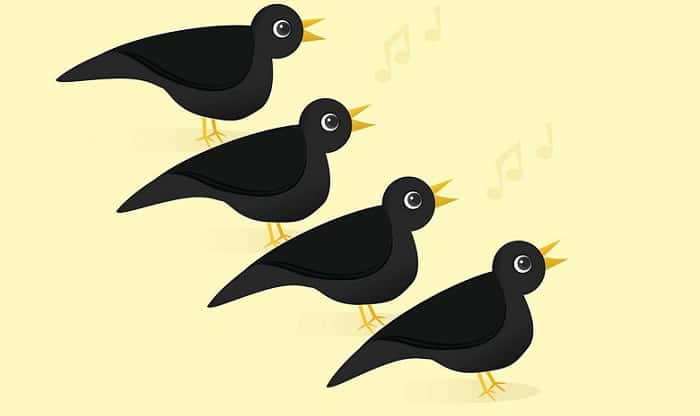 On the fourth day of Christmas, the four calling birds were mentioned in the carol entitled “Twelve Days of Christmas.” In this article, we will provide you with 4 historical facts about these birds!

Fact#1: The history of lyrical revisions.

Considering how long ago the year 1780 was, the 12 days of Christmas lyrics have undergone numerous changes over time in an effort to appeal to more people.

While some historians believe that the lyrics are French in origin, the song was first seen in the English children’s book written by Mirth With-out Mischief.

But In this modern day, the famous and familiar lyrics we often hear were written in 1909 by an English writer named Frederic Austin.

Included in his revisions are the changing of “4 colly birds” to “4 calling birds” and the rhythm of “five go-old rings.”

Along with 3 french hens, the five golden rings’ lyrics are also believed to initially relate to the necks of ring-necked pheasants rather than actual rings, continuing the song’s motif of feasting on calling birds Christmas.

The famous Christmas carol is initially intended as a romantic “memory-and-forfeit” game in England for British children to play in order to test their retention.

But from 1558 to 1829, practicing Catholicism in the said country was considered a crime. Thus, the carol was also believed to be Christian’s way of learning the tenets of their religion.

Accordingly, the four calling birds symbolize the four gospels of Matthew, Mark, Luke, and John, which remind the people that God sent Jesus as the world’s savior.

Fact#3: The meaning behind “colly.”

The term “collie” or “colly” from its original lyrics has a definition of black as coal and was used as an English slang word that translates to blackbirds.

But why was the blackbird chosen for this song? This is simply because a blackbird (Turdus merula) is a common passerine in the land of Europe and England.

However, the original version could also have a meaning as a “gift of blackbirds.”

In this sense, the blackbirds would be perfect as a gift ideas to be served as a meal (all including its bones) or as a pie that can bring delight to the table.

Fact#4: The sound of 4 calling birds.

Roundheads and pointed wings characterize blackbirds. They have black plumage with a touch of yellow on their eyes and beaks.

Most importantly, these calling birds sound will entice you with their “strangled” low and melodic, and beautiful songs. 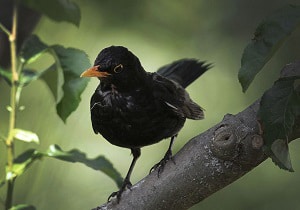 What bird is a calling bird?

Calling birds actually came from the word “Colly Birds,” which means Blackbirds. Thus, a calling bird is a blackbird.

What are the 4 birds in the 12 days of Christmas?

The 4 birds or the 4 calling birds refer specifically to a typical English thrush called a blackbird with a scientific name of Turdus merula.

What do the calling birds represent?

The calling birds could represent the four gospels of Matthew, Mark, Luke, and John or the evangelists themselves. It is believed that their “true love” is God or Jesus Christ.

What do the 3 french hens represent?

These represent the values of Christianity – Faith, Hope, and Charity.

What do the five golden rings represent?

Five golden rings reflect the first five books from the Old Testament of the Christian Bible.

Is 12 days of Christmas a love song?

The famous Christmas carol is possibly a love song. All the gifts can be given to a woman, including the dancing ladies, as a wedding sign. But if you consider following this song to woo your lover, imagine how chaotic it will be to receive a total of 23 birds!

The captivating carol of “The Twelve Days of Christmas” will be around the corner or even in every podcast. But you are lucky that you now know what are four calling birds.

From its long and rich history of stories and lyrics revisions, you can now share that “four colly birds” refers to the blackbirds or the four evangelists named Matthew, Mark, Luke, and John.

Should you want to learn more about the symbolisms in the 12 days of Christmas, don’t hesitate to share your thoughts.