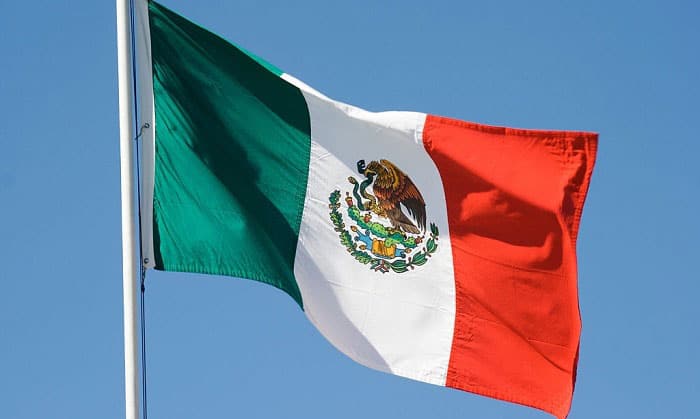 The flag’s background is divided into three parts equally, which is green, white, and red. The eagle symbol is in the center, which is on the white stripe.

Each stripe represents a symbol of Mexico. The green stripe stands for peace and independence from Spain and the white one illustrates the Catholic faith’s purity. The red stripe represents the blood of the fearless and tenacious Mexican soldiers. In the middle stands a Golden Eagle using its spiky talons to keep a serpent while perching on top of an Opuntia cactus, which is a rock rising above the water surface.

2. Why the Golden Eagle Is the National Bird of Mexico 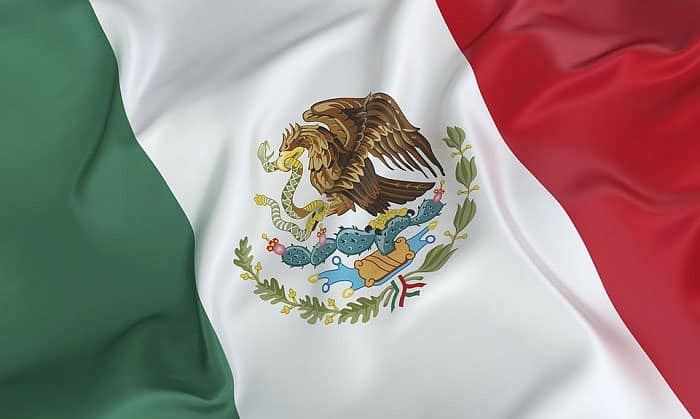 The legend began from the 15th and early 16th century when a tribe called Aztec, also known as the Culhua-Mexica people, conquered a powerful empire in South America. Nowadays, this empire is southern and central Mexico.

According to the legend, as soon as the Aztec people noticed an eagle devouring a serpent on a large rock on the river or lake, they knew where to construct their beautiful city. Several years went by and they finally succeeded in finding their promising territory on an island in the Texcoco lake, where the new capital is called Tenochtitlan and is today’s Mexico.

Frankly, the legend of the golden eagle’s behavior is a great milestone for Mexican history. For many eras, this prospect has been an inevitable emblem of Mexican culture and politics.

If you’re interested, here is a detailed video about the Aztec legend:

The pivotal feature of the Mexican coat of arms is, indeed, the Golden Eagle. It is officially recognized as Mexico’s national bird and the reflection of Mexicans in general.

Eagles are fearless and they win every obstacle, which reflects the braveness and honor of the Mexican people. They are able to face plenty of challenges without giving up or running away.

Moreover, the serpent represents threats and enemies. The image of the eagle devouring the serpent stands for the fact that Mexicans are always ready to achieve a victory over whoever intends to harm them.

Lastly, the thorny cactus indicates endless challenges and the rock and water indicate Mexico’s land and sea, meaning Mexicans will always fight for their lives and their country’s auspicious future despite difficult hindrances.

Decades by decades, the golden eagle Mexico flag has always been an important reminder for all Mexicans, which strongly recalls the historic founding of Mexico.