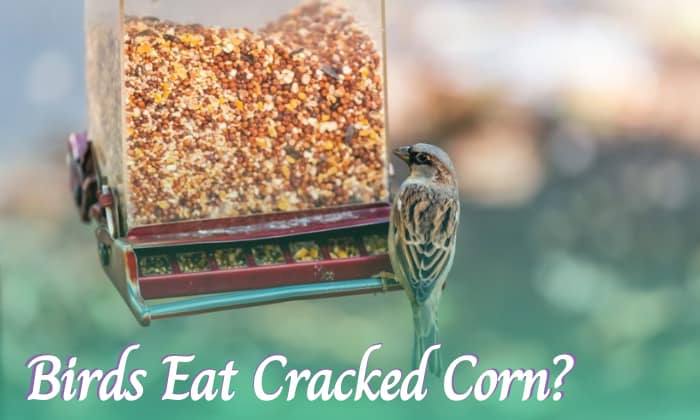 Cracked corn is a good alternative to birdseed when looking for an affordable option for bird treats. Not all birds like to eat dried corn, but many birds prefer this underrated bird snack.

So, what birds eat cracked corn? Bird species such as doves eat corn, and house sparrows, ducks, and quails are just some birds that will eagerly eat cracked corn when you feed it to them or put it in bird feeders.

In this article, we will identify and describe some of the birds that eat corn. 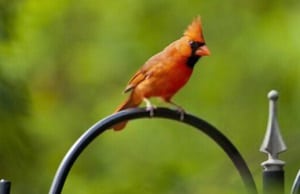 The northern cardinal is a medium-sized passerine bird known for its bright red plumage and black mask on male species. The female cardinal has a duller color of olive and also sports a distinctive crest like the male.

Cardinals are granivorous birds. They feed on sunflower seeds and grains such as corn. They also eat insects such as beetles and grasshoppers. 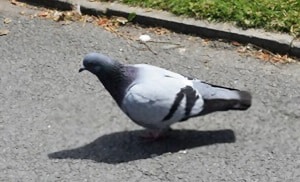 Rock pigeons belong to the family of doves and pigeons. They are non-migratory and are considered a non-native species since they are originally from Europe, North Africa, and India.

They are now found in most cities in North America, existing close to humans and making their nests on buildings, farmhouses, and bridges.

These birds are medium-sized, usually described as plump with small heads and short legs. They have a large wingspan. Although their colors may vary by region, they are usually gray to blue-gray, with two distinctive black bands on the wing tips and tail.

Rock pigeons are omnivores, but their favorite diet is grains. Pigeons eat corn, seeds, and fruits. 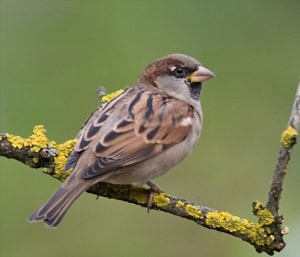 This small passerine bird is a member of the family Passeridae and is only one of the many species of the sparrow family. It is a wild bird that originated in Europe and Asia.

The house sparrow’s plumage is predominantly in shades of brown, white, and gray. The male sparrow has a brighter reddish-brown plumage on the head and back, it has gray feathers on the underside. The female has uniformly dull brown feathers from the head to the underparts.

House sparrows feed on almost anything available for their consumption. They like to feed on grain, particularly corn and oats. They also like to eat different types of bird seeds that are readily available in backyard feeders. 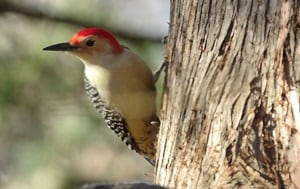 The red-bellied woodpecker got its name from the red patch on its belly. This woodpecker species lives in forests, woodlands, and towns and is found in the eastern part of the United States and Canada.

The male red-bellied woodpecker has a red cap on its head to distinguish them from the female, which lacks this feature, and in turn, it has the red patch located on the nape and at the base of its beak.

Woodpeckers drill on tree bark to catch insects. Their diet is mixed and includes plant-based foodstuffs such as nuts, seeds, and fruits. 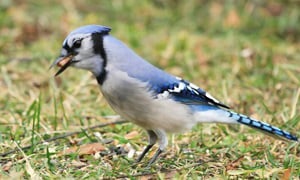 Blue Jays are native North American birds that belong to the family Corvidae.

True to its name, the plumage of blue jays are distinctly blue with patches of white on the chest and the lower ventral areas. Both males and females have similar appearance and plumage.

Blue jays adopt an omnivorous diet, but a large part of their diet is plant-based. They particularly like to eat nuts, corn, and grains. They are also known to eat anything they find on the ground such as bread, peanuts, and other leftover food. 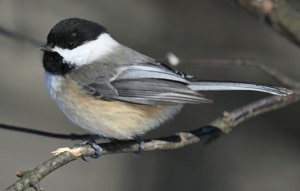 Black-capped chickadees are small passerine songbirds that are non-migratory and are abundantly distributed in thick and deciduous forests across North America.

They easily identify with their black cap and black bib on the chest. Their cheeks are white, and they have brownish underparts. They got their name from their unique cheery songs and call that sounds like “chick-a-dee”.

A chickadee’s diet consists mostly of insects such as caterpillars, and it prefers wild bird food and does. This could vary depending on the season and what is available. During the winter, they tend to eat more seeds, fruits, and berries. They sometimes eat cracked corn from feeders during winter. 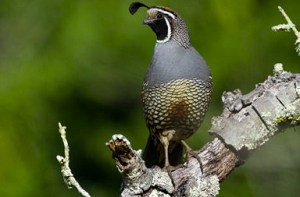 The California quail has a unique crest that looks like a comma. The males have a black face with a bolder color and pattern on the head, which has white stripes around it, compared to the female, who sports a light brown plumage with no distinct facial stripes.

This bird’s favorite food choices are plants since they are documented to be predominantly vegetarian, which includes seeds, berries, nuts, and even leaves and flowers. 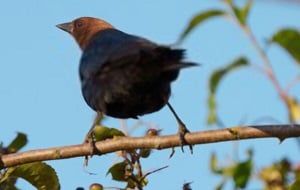 These small black birds are members of the New World family of blackbirds. Cowbirds are considered brood parasites because they tend to lay their eggs on other birds’ nests and depend on them to raise their young. They never make nests of their own.

They are seed-eaters and would get them from weeds, grasses, and crops such as corn. 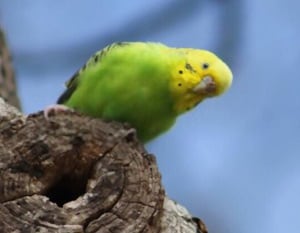 Budgies are small parrots that like to eat seeds. They usually have green and yellow coloring with markings on the neck and wings. Still, color mutations may occur, and some parakeets are born with blue and white feathers.

They are a favorite choice for pets and are usually bred in captivity. Those in the wild feed on grass seeds and cereal crops such as wheat and maize or corn. Pet parakeets can be fed raw and cooked corn. Still, it should only be part of a supplementary diet since corn is rich in Vitamin A and a good source of fiber, but it lacks other nutrients.

What is cracked corn?

Cracked corn is dried corn kernels that are reduced to small pieces so that they are easy for birds to eat and digest. There are different ways to grind the corn, but the corn kernels must undergo drying. A grain mill or a commercial grinder can be used to crack the corn.

Cracked corn is used for bird treats. The advantage of this is that it will not spoil readily because it has been dried and is free of moisture. Corn is also a good source of protein and fiber and is affordable.

How to feed cracked corn to birds?

Cracked corn can be mixed with other seeds in your feeders. Some mixed seeds sold commercially contain cracked corn as filler.

You can simply sprinkle the cracked corn on the ground since most birds who like eating them are ground foragers. Place them under the trees or shrubs to attract birds only and to hide them from other animals, such as raccoons and squirrels, who also like to eat cracked corn.

Is cracked corn good for all birds?

Corn is a healthy snack for all birds, but not all birds will eat them. Adding cracked corn for birds and other seeds and pellets is healthy, but putting them on an exclusive corn diet is not advisable. Cracked corn is good for birds but only as a supplement to their diet.

There are a plethora of choices when it comes to the types of bird food. Corn is a good choice when supplementing your backyard birds’ diet. Before adding cracked corn to your feeders, it is essential to know what birds eat cracked corn to know what kind of birds will be attracted to your treats.

Now that you know what birds enjoy eating corn, you can add this to your bird seed mix and let us know about your experience in the comments. We appreciate your feedback, and we would love to know if this article was helpful.