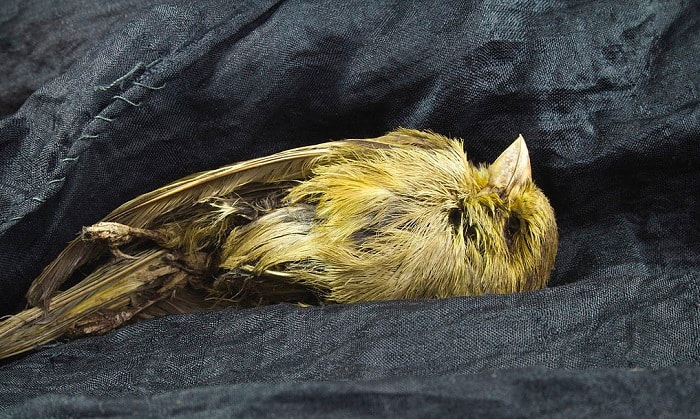 For many people, birds have always been a symbol of hope, peace, freedom, and the best of things. Since they always remind us of something beautiful, we often feel upset and unpleasant when seeing them dead. So, what does a dead bird mean? Even though scientists have pointed out that coming across a dead bird is just an accidental incident, many people believe it is an omen relating to the witness’s fortune and it is usually unlucky.

However, there is no completely true or false response to this. Mostly, dead birds indicate warnings of different dangerous levels and rarely little luck. Bad omens could be a health risk, unstable career, or damaged relationship status. Firstly, let’s figure out what chances may lead to the death of birds, because they relate directly to omens.

What Causes Birds to Death 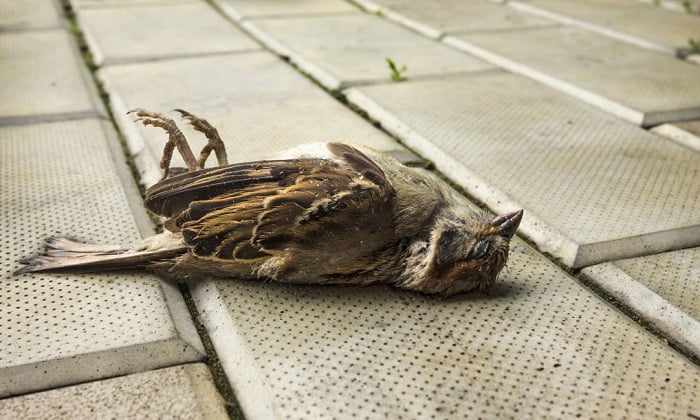 Birds can die because of many factors, most of which are being sick inside and hurt by surroundings that are out of control. A few circumstances likely to occur consist of:

Seeing dead birds may symbolize something tragic or coming to an end, but does not always foretell death. Also, not every receiver obtains the same message when seeing a dead bird. At the end of the day, it is mainly the witness’s personal background that determines what might come about tragically or be brought to an end. However, that doesn’t mean dead bird omen is negative all the time. There are still a few circumstances where dead birds are a sign of the beginning of something exciting. 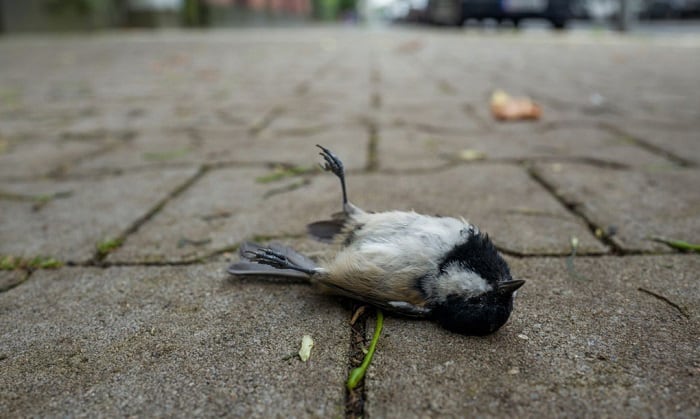 In most cases, bird’s number decline remarkably due to severe health conditions. As I mentioned above, birds could die because of a disease, and one of the prime causes is pollution. Locations with alarming water pollution or air pollution are where birds are frequently seen dead. This could be a warning of the contaminated environment, which is around us and directly affects our health. The fact that the bird couldn’t endure shows that it is absolutely challenging for you to manage your survival as well.

2. Loss of freedom and dream

Birds are believed to go together with freedom. They discover the world without any limits as they soar and glide all over immense landscapes and as high as they can This represents dreams and endless liberty. Dreamers are people who have heads in the clouds and their passions are nothing but great freedom in what they’re doing. Therefore, the scene of a dead bird could predict that the receiver’s freedom or dream is likely to come to an end. 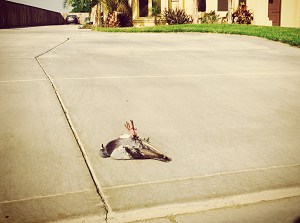 In general, dead birds can be a signal of danger you should take notice of. The hazard you are likely to face depends on where the dead bird is. In urban areas, birds are occasionally spotted lying motionlessly on driveways or road sides. Since a dead bird is blocking the way and roads stand for adventures and traveling, it could mean that your excursion will be troubled and not as favorable as expected. You may have to consider a delay or be very cautious of risky problems while on the road.

Aside from the driveway, a dead bird on a porch, chimney, and balcony is also worrying. They are related to the head of the family’s fortune and unfortunately, these omens are mostly unlucky. However, the spiritual meaning of dead birds is not only about death but also about health status and career threat. But it is only true in a few following contexts.

If the bird is dead because of wounds shot by a hunter or bitten by a dog, cat, or centipede, it might be a sign about being broken in health due to a sudden accident. In addition, it also means that the security of your home is being threatened. So, installing cameras and observing if there is any suspicious subject around the area are totally necessary.

On the other hand, if you notice that a bird died because of lightning strikes or other natural disasters, which are all random and external factors, you can interpret it as your daily life not being as smooth as you’re attempting to build it. Specifically, your career is unstable and perhaps will result in a financial crisis.

Last but not least, death is one of the most common omens people think of when it comes to figuring out a dead bird spiritual meaning. This symbol reminds us that death, as sorrowful as it is, is inevitable for human kind. No matter how healthy and joyful we are at this instant, we all have to cope with our fate. Overall, the message is conditional upon personal backgrounds; different individuals receive different omens about what part of their lives could be coming to an end.

When Does a Dead Bird Bring Good Luck

Does a dead bird really deliver good luck? Yes, it definitely does, though this positive omen is rare most of the time. Apparently, people are blessed to see dead birds in the subsequent cases:

As I mentioned above, birds cannot survive because of breathing polluted air, meaning the people living in that area will hardly overcome it as well. However, there is a positive side to this, which is that it can remind you of moving to somewhere with a lower pollution level and much safer for your health.

A dead bird is certainly not a negative omen as long as it passes away due to old age. Old birds show subtle signs of aging through their body, feather color, and behavior. Getting older, birds will have weary eyelids, dull feathers, skinnier bodies, and can hardly fly high.

These birds are believed to have fully lived their entire life, especially if one is found dead at your place, it means that it has found a reliable and favorable place to finally have a rest. This is interpreted as meaningful luck and blessing for your home.

Another positive sign to this spiritual category is rebirth, which always transpires magically right after every end. Rebirth stands for the start of something new and it is high time you grab the chance. Perhaps, the ending ideas symbolize that you have to give up something you’re carrying out to fight for something much more worthy in your life.

It is interesting to know that a promising opportunity is coming your way, either to help settle down the mournful loss of earlier situations or to open a brand new chapter of your life. This case is synonymous with the rebirth of your dream and destiny, which can be a huge motivation in your life.

Lastly, here is a video you should watch for a brief overview of dead bird meaning

Birds are always heard singing melodic tunes and seen soaring high up in the sky. They are also known as dynamic animals that represent blessings and endless delight. Therefore, witnessing a dead bird is absolutely uncomfortable and heartbreaking. You might as well be vigilant of omens. which depend on your personal context and how the birds die.

To conclude, the meaning of dead birds is varied and mostly turns out to be negative and upsetting. It can be a severe health risk, loss of freedom, dreams interruption, threat signals and worst of all, death. Still, hopefulness and encouragement do exist even in the darkest time. It can be a useful reminder for you of being careful of danger around or motivate a new adventure of your life.

So, the next time you happen to see a poor dead bird lying on the street or elsewhere, don’t be stressed out right away. Considering several factors and remaining calm are highly recommended.