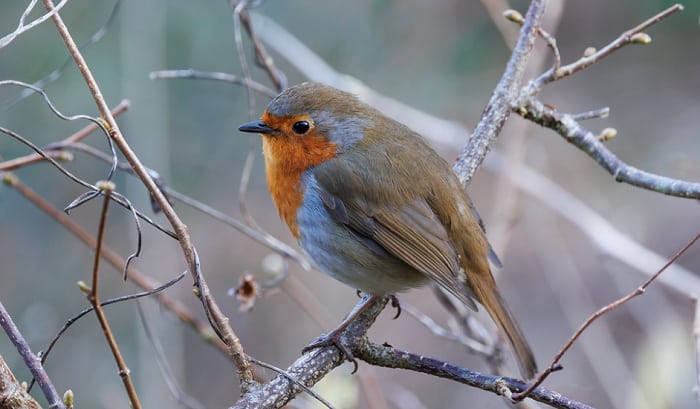 Bird symbolism is a practice that is popular among different cultures all over the world. The sightings of birds, as well as visions in dreams, have been associated with several religious, cultural, and spiritual beliefs. Different birds have their own symbolic meaning.

So, what does it mean when you see a Red Robin? It could mean several things. First, it could mean the season of spring is coming. Seeing a red robin is also believed to signify new beginnings. Read on to find more meanings linked to this common North American bird.

The American robin (Turdus migratorius) is a passerine migratory bird of the Turdidae songbird family. Its numbers are abundant in North America and southern Canada.

The red robin’s distinctive rust-red to maroon breast feathers make it easy to identify one. Males and females look similar, their head is black, and they have a white ring around their eyes. The color of the beak is yellow for both sexes.

A robin is commonly heard singing its cheerful song in the morning as early as dawn and near evening time.

The robin has earned the nickname “the harbinger of spring” because many believe it heralds the start of the season.

While this has been proven to be a myth, as the birds don’t always migrate during the winter, spring and good luck are still two prevalent connotations regarding seeing a robin meaning.

In fact, stemming from how the birds are associated with the start of a new season or a fresh start, many have written poems and even songs about the red robin of spring.

The Robin is not mentioned in particular in the bible, but there are several Christian stories about the red robin.

One popular tale tells about how the red robin got its red breast when Jesus Christ’s blood stained its feathers. The bird was trying to remove the thorns to ease His suffering. In another iteration, the bird attempted to rid the nails piercing His hands.

Another anecdote about the red robin is when the bird protected the child Jesus when He was almost harmed by a fire while traveling to Egypt. The robin’s redbreast has become a mark of love for Christ and a symbol of sacrifice.

In the Celtic culture, robins are revered as birds, along with other tiny avians such as wrens. They believe you will be cursed with bad luck if you kill a robin.

Similar to the meaning in bible and Christian anecdotes about the red robin, the Irish believe that the robin’s red breast is the blood of Christ that spilled on its chest as it was trying to remove the nails from one of His palms.

Birds are considered messengers of the divine, including Gods and Goddesses in the Native American Culture. When they see a robin or birds in general, they consider it as an angel sent to them to deliver a sign or a message of some sort.

Robins are also regarded as spirit guides or animal totems by Native Americans. The robin spiritual meaning in this culture is associated with relationships; they are guides in making decisions involving courtship and love.

5. As a Spirit Animal or Totem

Some people choose the red robin as their spirit animal or totem when they are about to take on difficult challenges. The red robin bird meaning, in this case, encompasses new beginnings and growth.

When one needs guidance or is about to make a decision, asking for help from a spirit animal such as the red robin might be helpful because this tiny bird can inspire one to take the next step or embrace a new season in life.

Other Spiritual Meanings of Seeing a Red Robin in Other Situations 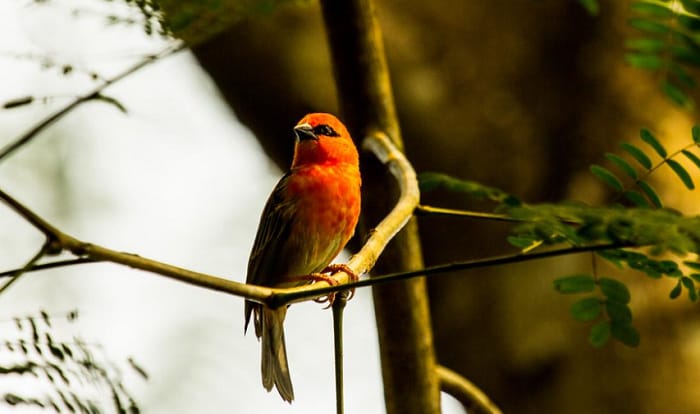 6. Seeing a Robin in your Dreams

When you see a Red Robin in your dream, this can be interpreted in various ways. Here are some of the meanings attributed to this:

Because the appearance of a red robin signals the start of spring, dreaming of this bird can also signify a new beginning.

If you are brooding over a change in life, a Robin appearing in your dreams may be the sign you are waiting for as an impetus to start moving in a new direction or a new habit.

Red robins are cheerful creatures; they are sweet songbirds that are well-loved by many. When you hear a robin sing, especially in the morning, it is a reminder to stop and forget about your troubles and live in the present.

The bird is a symbol of joy, lightheartedness, and a carefree spirit. So, if you see a robin in a dream, it could be a message to be happy and enjoy life’s mundane moments.

Some spiritualists believe that the red robin is a symbol of gratitude. These tiny but joyful creatures appreciate their life and remain active throughout the day, singing their songs.

If you see a red robin, it means that you should examine your life and be thankful for everything that you have.

Seeing a red robin can also connote a spiritual meaning love or a new relationship, whether romantic or platonic.

7. When a robin bird visits you

The bird is said to represent the spirit of a dead loved one. It could be their way of sending a message that they are near; this is the meaning of a robin visiting your home.

8. A Red Robin Flying Into An Open Window

Robins do not always bring good news. When a red robin flies in your house, it could mean that death may visit your household soon.

If a recent family member has died, a visit from a red robin could be interpreted as a message from the deceased indicating that they are okay and in a peaceful place.

9. A Red Robin in the Winter

When you see a Red Robin in winter, it signals rebirth or a fresh chance to begin again as a new season of your life approaches.

Robins usually predict the end of winter and the beginning of springtime. Metaphorically, it means that the dark and cold days are over, and one can look forward to a brighter and more joyful time ahead.

10. A Robin Passing Near You

It is a sign of good fortune if a red robin passes near you or perches outside your window. This bird symbolizes happiness and is considered a good omen if it comes close to you.

Spiritualists will interpret the vision as a robin sign of an angel or a message from God that your troubles will be over soon and a red robin good luck will come your way.

You might think that finding a dead bird could be an ominous sign of death, grief, or sadness, but the meaning is not limited to this.

Finding a dead red robin could mean that a life-changing event is about to happen. It symbolizes the end of a certain part of your life, but it also sends an optimistic message that your life is going to start anew, and one should look forward to it.

Here are the other meanings and superstitions associated with finding a dead bird, such as a red robin: 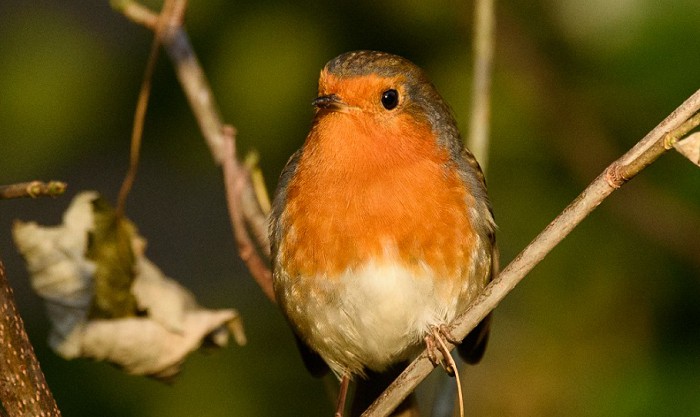 Is a red robin a sign of an angel?

The meaning in bible of birds has not been clearly specified, particularly the red robin. However, birds, in general, have been mentioned in the bible as creatures that are loved by God.

It is a popular belief that birds are messengers of the divine realm. Some consider seeing a robin as a sign of an angel bringing a message of hope and faith.

Is it lucky to see a robin?

Yes, most would consider seeing a robin as a positive symbol that will bring a lot of good luck to one’s life. However, the interpretation of spotting the bird is also dependent on the timing or the situation of one’s life at the time.

What is finding a robin egg symbolism?

Finding a nest of hatched robin eggs will give you red robins good luck; you can keep the shells as a good luck charm. Conversely, you must never destroy a red robin’s eggs; it will bring you bad luck.

What is robin symbolism in shamanism?

Among the native tribes of America, the robin is considered a messenger sending signs about relationship matters. This has been discussed further in the section above on Native American Symbolism of red robins.

The symbolic meaning of red robins across cultures and religions is obviously extensive. Bird symbolism has been practiced by our early ancestors, and in general, they are seen as spiritual messengers.

The next time someone asks you the question: “What does it mean when you see a red robin?”, you will surely have a long list of answers.

Do you agree with the meanings and symbols of the red robin that were mentioned above? Let us know what you think in the comments section.