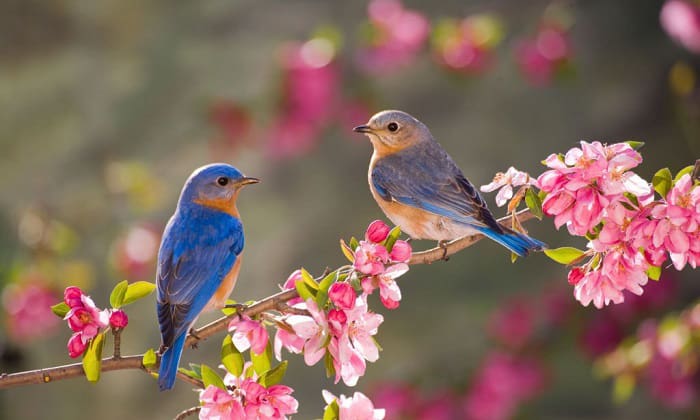 The migratory eastern bluebird received this official title in 1970. Aside from the Empire State, this medium-sized passerine is also Missouri’s state bird. This songbird is blessed with musical vocalization, especially perfect for the buzzing state.

These Wetland habitants have a distinguishable crimson chest. Their lively tunes serenade residents. The eastern bluebird was chosen for a reason, and we’ll find out more about what is the state bird of New York and the outstanding facts about this amazing songbird.

Fun Facts About the Eastern Bluebird 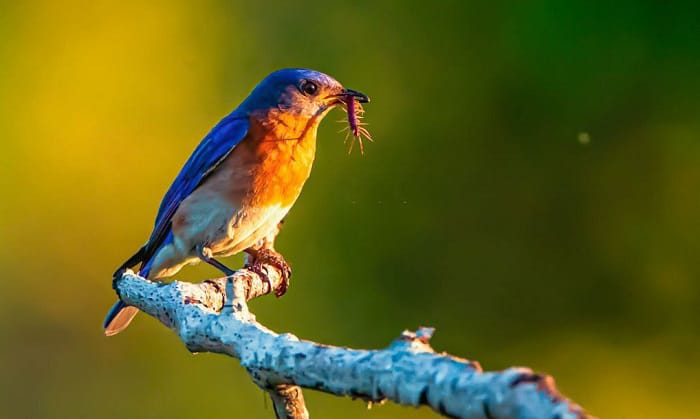 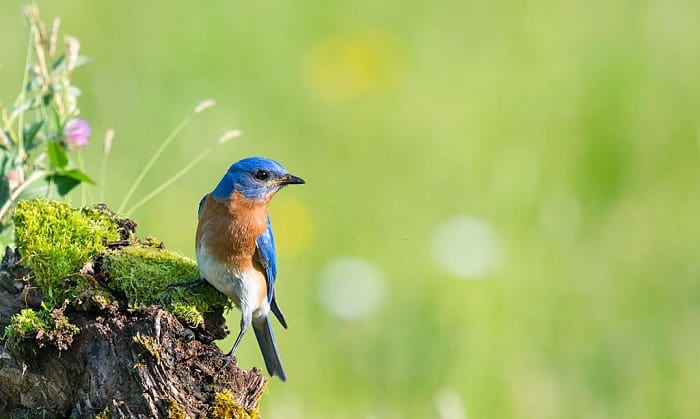 The eastern bluebird is often seen perched on wires and other perching spots. Bird enthusiasts can easily find this passerine species in open forests, groves, and farmlands.

This medium-sized songbird is part of the thrush family, and they are migratory birds.

In this post, we will learn more about the enthralling New York state bird facts. Knowing the essential information can help you understand why two states chose the eastern bluebird to symbolize their land.

Fact #1: Unofficial status prior to official

Before the eastern bluebird became the official state bird of New York State, its title was unofficial for over four decades.

On April 13, 1928, this cute passerine was voted the favorite avian on Bird Day.

However, there was no formal legislation, so the eastern bluebird was the unofficial state bird of New York for many years.

On May 18, 1970, the unofficial status of the eastern bluebird ended. This is all thanks to the couple Mr. And Mrs. Allen Christopher, who recommended the idea to assemblyman George M. Michaels in 1969.

And then, in the following year, the New York’s state bird title was officially given to the popular eastern bluebird. The legislation was approved by Governor Nelson Rockefeller.

The bright blue and reddish color of the eastern bluebird allows them to stand out. As for the overall physical description, let’s them out.

The New York’s bird participate in the breeding season in the spring and summer. They are territorial in nature, and they would defend their spots from predators. The males provide the females with all the nesting materials, then start their family.

The eastern bluebirds are monogamous and family-oriented. The male and female passerines hunt for food for their chicks. And the older children from the previous brood even assist their parents in feeding the new babies.

Family is important for this bird species. And after 19 days, the young eastern bluebirds leave the comforts of home and go out to the world.

The NY state bird is insectivorous and loves to munch on grasshoppers, caterpillars, millipedes, spiders, crickets, earthworms, and beetles.

The eastern bluebirds are also often seen in farmlands, where they eat insects that are uncovered from the plough of farmers soil.

The eastern bluebirds form a flock of around 100 birds, migrating together. When winter is just around the corner, these passerines fly off to Mexico and the southeastern part of the US.

This bird species may love being in a group, but they are very private in terms of mating. And within the process of migration and breeding and everything else, the life span of these avians is six to ten years.

In flight, the blue birds in NY can reach 17 miles per 60 minutes. And though they are North American passerine natives, they migrate during the cold season.

When the breeding period comes, the eastern bluebirds opt for unused cavities to create their nests. They lack the strength to poke holes in trees, so they are known to be secondary cavity nesters.

The bluebirds, in general, are branded as the angels of spring. A couple of songwriters and authors gained inspiration from this charming songbird.

In fact, this passerine is influential in the creation of “The Blue Bird”, which is a fairy tale written by Maurice Maeterlinck. It is also an inspiration for the song “Somewhere Over The Rainbow” that is featured in the Wizard of Oz.

In the winter, the eastern bluebirds that did not migrate are fans of bathing in heated birdbaths. They love to play in warm human-made structures for birds.

Therefore, bird lovers provide warmth for these passerines during the cold weather. Warm bird baths are also a source of freshwater for this avian species.

The fascinating eastern bluebirds are migratory, monogamous, and they like to build nests in deserted cavities. It took 42 years for this bird species to become the official state bird of the Empire State.

They are insectivorous, but they like fruits too, especially when insects are scarce. More importantly, these avians put a high value on family. Feel free to share this post, so your friends will also know ‘what is the state bird of New York?’

Moreover, discover our article about other state birds like: