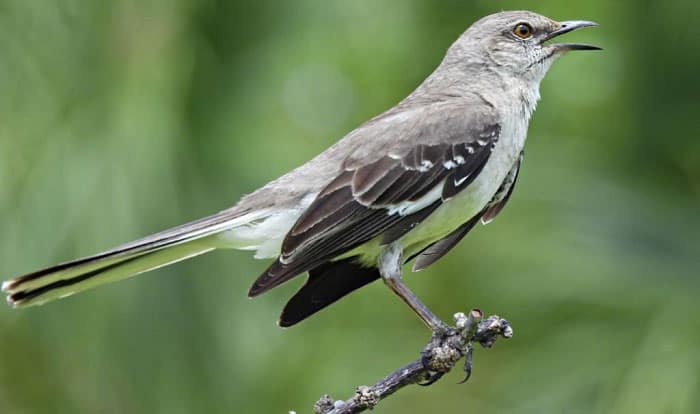 The Lone Star State chose the Northern mockingbird as its state bird through the Senate Concurrent Resolution No. 8, 40th Legislature in 1927.

Aside from Texas, the states of Mississippi, Florida, Tennessee, and Arkansas also favored this bird as their official state bird. The mockingbird is blessed with vocal abilities and can sing 200 songs. Anywhere in the cowboy state, the bird’s beautiful songs are heard.

The Texas state chose this avian species thanks to their protective nature. These birds fight for their territories, just like a genuine Texan. Now, you know what is the state bird of Texas.

Overview About the Northern Mockingbird 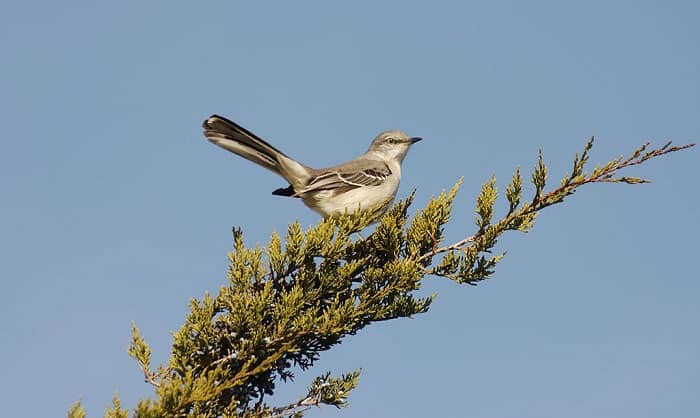 The Northern mockingbird is known as the “many-tongued thrush”, thanks to their ability to sing and mimic songs of other avian species.

As an omnivore, this bird consumes fruits and insects. And as a living creature, the Northern mockingbirds are recognized for their intelligence and protectiveness. In fact, a certain study in 2009 showed that this avian species has the ability to identify humans and know which ones were once threats to their existence.

Both the male and female birds have a similar appearance. They are medium-sized, with long tail and legs and two wing bars.

The gray upper body of the birds is complemented by its whitish-gray or plain white underparts. The Northern mockingbirds have yellow or pale green irises, black bill, and streaks and spots on the chest.

Measurement of the Northern mockingbird:

The Northern mockingbirds can live for up to eight years, and they can survive in open spaces. This bird species stays in Northern America for all seasons and rarely migrates.

After a year of existence, the birds are ready to breed in the springtime. Their nests are often seen 3-10 feet from the ground, or sometimes at 60 feet high. Interestingly, these birds can even be seen in urban areas. 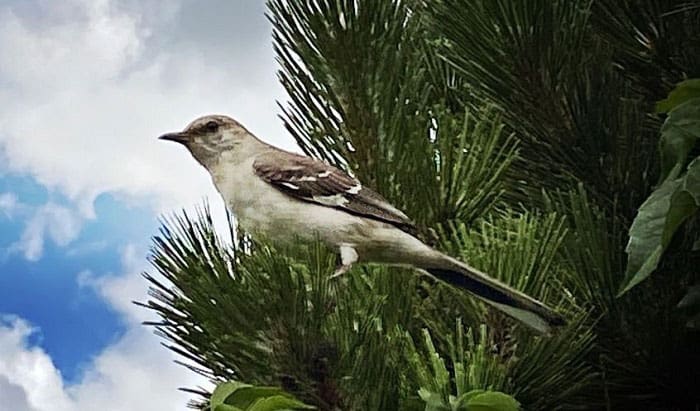 The maximum lifespan of the Northern mockingbird is eight years when they are in the wild. However, when the birds are in captivity, these songbirds can actually live for up to 20 years. This could be thanks to the care that owners show the birds, as well as the constant source of food.

These birds never get tired of singing throughout the daytime and even through the night.

Not only are Northern mockingbirds exceptional singers, but they are great performers too. The male birds love to perch on telephone poles, rooftops, tree branches, and other high places. They sing their beautiful songs, and leap to the air to accentuate their performance. They then flutter their wings to get back into place.

It is the male birds who are responsible for finding a breeding spot, and they search for their mates by showing off their outstanding vocalization skills. And as much as the males love to sing, the females don’t sing much. In fact, the female avians are quiet.

Among all the songs of the Northern mockingbird, four are the most distinctive and popular. These songs are the begging call, nest relief, chatburst or chat, and hew call.

The Texas mockingbirds are monogamous by nature. These avians typically hang out with their mates, or they are on their own. They are not the social type, but they are fiercely loyal to their partners and defend their territories at all times.

And every year, a mockingbird pair usually has 2-3 broods.

And when it comes to their population, there are 35 to 45 million of these birds on the globe. The good news is they are not at risk of going extinct. Thankfully, the government protects the birds from getting harmed by humans.

The official bird of the cowboy state is not high fliers. Mockingbirds like to fly in a relaxed manner, and they are slow in flight. These avians also know how to antagonize the birds that are threatening their territories by flying slow and singing beautiful songs at the same time.

The Texas official state bird is extremely territorial, and they are known to be aggressive when threatened.

They even have the ability to attack bigger birds that happen to drop by their dwelling areas. The Northern mockingbirds use their wings and vocalization to ward off other birds and may enlist neighboring mockingbirds in this task.

Unlike some avian species, the Northern mockingbirds are intelligent creatures. They have the ability to recognize people who were once a threat to them or to their family.

These birds can remember human faces once they are in the same vicinity as the birds. Through this intelligent skill, the birds will know when to fly away or defend their territory when they see people.

The Northern mockingbird is famous not only as an official bird of Texas as well as other states, but also as an inspiration to the entertainment industry.

The popular Hunger Games movies got their “mockingjay” inspiration from the Northern mockingbird. Also, the author of To Kill a Mockingbird got the inspiration to write this iconic novel from the state bird of The Lone Star State.

In all the world, there are 16 mockingbird species, such as the Blue mockingbird and the Bahama mockingbird. But among them, the Northern mockingbird is the only one that comes from the US and stays there.

Mockingbirds were so sought after that some people sold them illegally. Way back in 1828, each bird cost $50, and if you factor in inflation, that amounts to over $1,000 today.

The Northern mockingbirds have white streaks on their tail and wings, and they utilize those blotches well. They showcase their speckled feathers while they search for a mate, and they also display them while protecting their territory.

The young Northern mockingbirds are called chicks, and in the first six days of their lives they start to open their eyes, vocalize, preen, and beg. During the first 40 days, chicks learn how to make basic movements like perching, bathing, and even feeding themselves.

They then practice how to fly with their fathers.

We’re glad to answer your query on what is the state bird of Texas. The Northern mockingbirds are indeed resilient and brave avians that represent Texans best. We hope you learned a lot of things about this amazing bird.

Kindly share this post to your social media, and feel free to tell us what you think. We also welcome new ideas from our readers, so communicate with us.