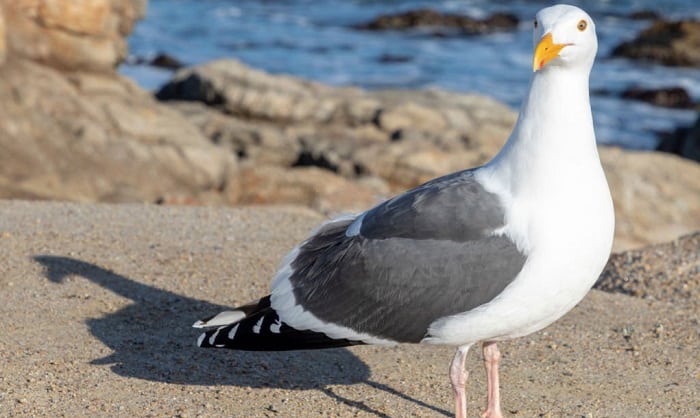 On February 14, 1955, the Beehive State declared the California gull as their legislative avian. So that answers your question as to what is the state bird of Utah. The decision is made thanks to the assistance of the gulls in saving the Latter-day Saints crops from the Mormon crickets.

California gulls know how to survive. They can feed on basically anything, from fresh catch to garbage to carcasses. Due to their survival skills, they can live for two decades.

Everything You Need to Know About California Gulls 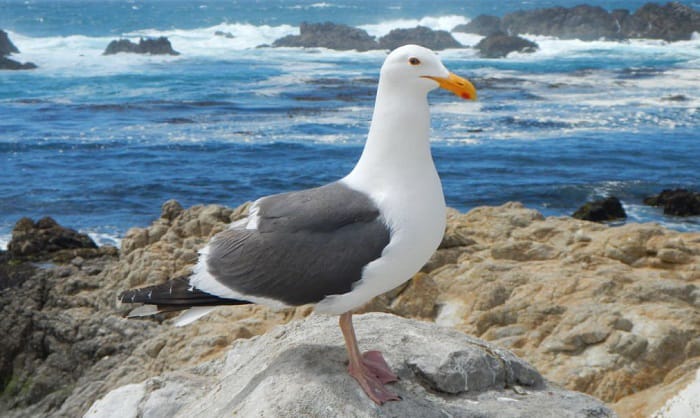 The California gull, state bird of Utah, played a significant role in the plague of Mormon crickets in 1848. To honor this bird species for their huge part in the elimination of the insects, its statue is placed in Salt Lake, Utah. This event is known throughout the state as the Miracle of the Gulls.

1. Description Of The California Gull

The medium-sized California gull is a black and white bird. Utah chose this amazing bird with the yellow bill as their state bird. It has a distinctive black ring, black tips of wings, white underparts, rounded head, gray wings, hazel eyes, and amber legs. The physical characteristics of this bird species are:

The California gull state bird of Utah, is prohibited from being killed by humans. This is according to the Migratory Bird Treaty Act of 1918. If anyone is proven to harm any member of this bird species, they are answerable to the law. The bird killer can go to jail for 11 months or pay a fine of $500.

However, euthanasia is allowed by federal law in extreme cases where the gulls become a major threat to the safety and health of people. But, only the Department of Agriculture has the right to perform the killing. So, if you encounter black and white bird Utah right in the state, do not harm it.

This particular law and exception was created because California gulls can be viewed as scary. They are not afraid to come near humans and steal their food. Their frightening swoops and squeals terrorize kids, so some people want to harm this bird species.

California gulls typically build their nests with other pairs, forming a colony. Both males and females seek the right spot on the ground, and they often reuse their nesting spot for the next mating season. A gull’s nest is shaped like a cup and is 11” in width.

After about seven days, the nest is ready for a new family to develop. Here are the important nesting facts about California gulls:

Once hatched, the baby birds have full feathers, and they’re capable of holding their bodies up even after a few hours. And in just a tiny window of time, the California gull juvenile is ready to leave the nest.

In four years’ time, the gulls are ready to mate. They’re monogamous, and courtship starts with food feeding. And prior to building their nests and throughout the process, the pair executes a choking performance.

The Utah gulls are capable of eating anything such as insects, garbage, fish, earthworms, bird eggs, tiny mammals, grains, aquatic invertebrates, brine shrimps, carrion, mayflies, damselflies, fruits, and vegetables. They are very resilient creatures that will eat whatever is available to survive.

This scavenger bird species forage for food on the ground, garbage dumps, bird feeders, marinas, forests, docks, and the sea. They use their ability to fly, walk, and dive into the water to thrive and feed.

But in the cycle of life, predators become prey as well. California gulls are hunted as food by sharks, foxes, eagles, weasels, falcons, and hawks.

Awesome Facts About the California Gull 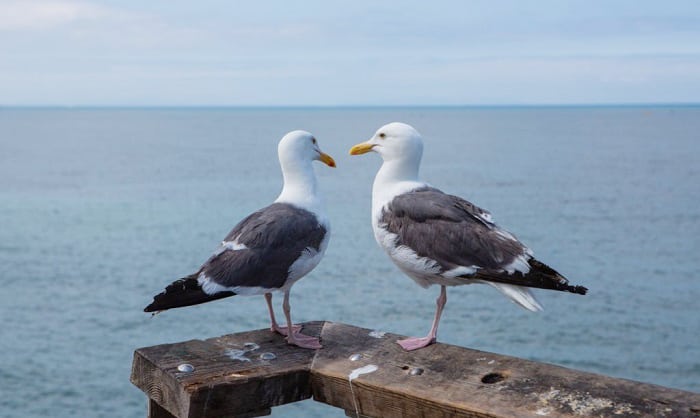 The graceful aeronautic performances of the gulls are beautiful to watch. They are divine in their flight maneuvers, and their survival skills are supreme. Let’s explore a couple of California gull facts.

The typical lifespan of the California gulls is 4-24 years. But records stated that there was a 28 years, three-month-old gull found in California in 2013. This bird breed is known to live longer thanks to its opportunistic behavior in terms of feeding.

The only seagull that has ever been made a state bird is the California gull. This makes it unique, unlike other states that opted for the cardinals or western meadowlarks as their legislative avian.

The Utah state bird species are known for their cunning ability to swoop down on their prey. But they don’t become experts in catching prey overnight. Young gulls practice swooping down and catching prey by using a stick. They drop it in midair and catch it.

California gulls are migratory birds that seek warmth in the Pacific coast. Some of this bird species stay inland during winter, while other gulls are found in coastal regions. Most especially, the juvenile gulls spend the summer near the water.

Different names know a flock of California gulls. They are referred to as flotilla, screech, squabble, gullery, and scavenging of gulls. This bird species is usually found as a group, and birders can use various references to their flocks.

What is the state bird of Utah? The California gull was given this title in 1855 thanks to their role in saving the settler’s crops. This avian species is relentless in searching for food and have superior survival skills.

The California gulls are coastal and inland birds that are not allowed to be killed. Thanks to their ability to feed on just anything, they can live for over twenty years.

Kindly share this post and tell us what you think. We always aim to provide interesting facts to millions of birders. And welcome new ideas and suggestions from you.

Furthermore, refer to our article about other state birds like: