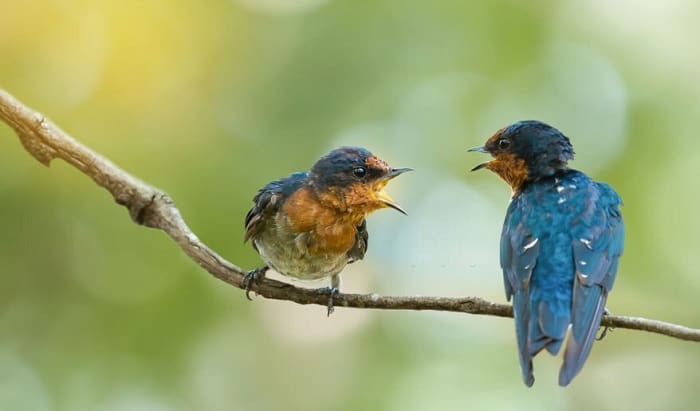 What sound does a bird make? There are several types of bird sounds and they are categorized into three: bird calls, bird songs, and non-vocal sounds. Knowing how to distinguish each one will help you identify birds by the sound they are making.

Besides, you can understand the meaning behind the bird sounds and respond accordingly. Here we will discuss different bird sounds, their distinction, and how avians make them. Keep on reading.

Types of Bird Noises and Sounds 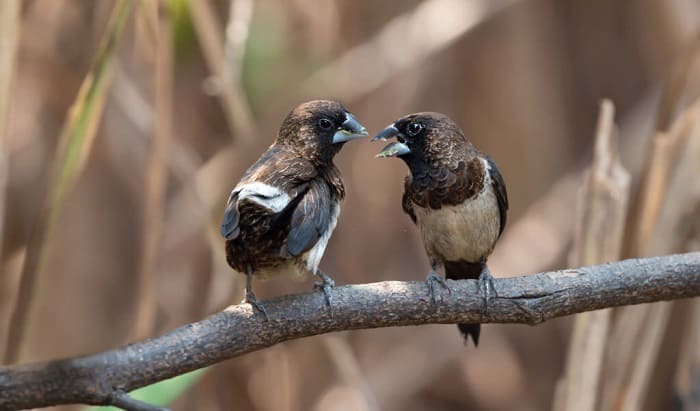 If you want to master birding by ear, you need to know how to tell apart bird species according to the big birds sound they make. It will also lead you to other birds nearby. Here are the bird sounds you should get familiar with.

Many of us are familiar with these musical songs birds sing. It is also a favorite of many birders and the public. How do you know it is a bird song? That’s if it is a longer, more intricate string of syllables forming a musical tune.

Each bird species has its distinct song that varies in quality and duration. Some birds can sing a different song at the beginning of the day and when the evening sets in. The time they sing their bird songs can send a different message each time.

Do you hear birds chirp in the morning? This occurrence is called dawn chorus and is used by avians to declare the area as their territory. The timeline can differ for each species and season. Another motive behind this is:

While bird songs are easy to the ears, listening to bird calls will make you realize how overwhelmingly diverse this sound is among avians. Each species has a different sound classification with some calls having various message.

Flocks of birds use this call to give signals. Contact calls are quiet, short, and sometimes quick. It keeps them in contact with each other when separated and sends a message that a food source is found.

The sharp and piercing sound of alarm calls is a warning. It is used when there’s a threat or danger close by. The rapid, repeated, and high-pitched sound can reach great distances without disclosing the caller’s spot.

Younglings produce this wistful sound while fluttering their wings to send a message that they are hungry. It is regularly repeated, loud enough to get their parent’s attention. When you hear these rasps and wheezes, there is surely a parent and chick nearby.

Many birders use this sound to identify the avian species. It is a very specific noise birds make before taking off or during their flight. You can hear this often when the birds are migrating long distances.

These noises have similar purposes to songs and calls, such as attracting potential mates, signaling an alarm, and protecting their territories.

As opposed to vocal sounds, non-verbal noises are created with birds’ body parts. One example is mourning doves, one of the many birds that make noise when they fly. They flap their wings fast with their special feathers generating bird whistle sounds.

Some more non-verbal cues birds do are:

What’s the Difference Between Bird Song and Bird Calls? 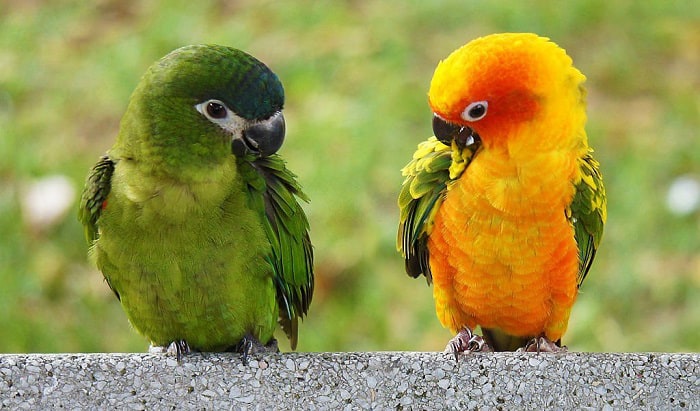 The vocalization sounds of birds are classified into two: bird songs and bird calls. Both are used to communicate but they are distinct on their own. Here is a comparison to easily tell the difference.

How Do Birds Sing? 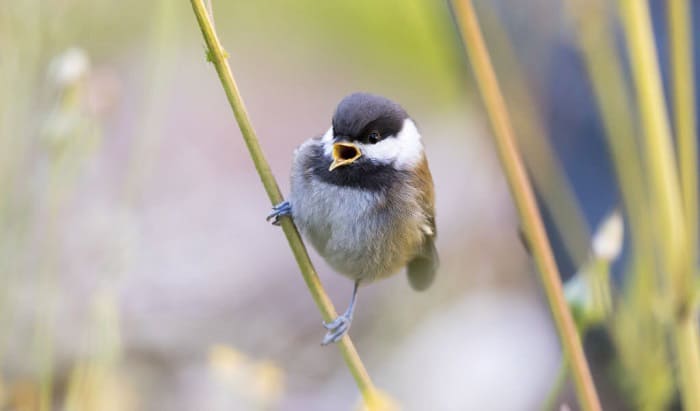 The vocal noises avians sing or call come from the syrinx bird. It is a unique organ at the base of the windpipe. When the wind passes through the trachea, the thin membranes of the syrinx vibrate and the bird makes a sound.

This voice box is tagged as exceptional since its appearance is nothing similar to other avian-related animals with vertebrates.

It features many intricacies with its split windpipe tubes, which made it possible for birds to make two divided sounds simultaneously. This is called duetting of songs.

American Crow or also known as the bird that sounds like a human whistle, can impress with its great control over the sound it makes. It is all thanks to its developed syrinx that is unlike others. Other birds that whistle are:

Read more: Reasons why the birds go on singing.

How to Tell if It is a Sparrow Sound?

Sparrows are well-known for their classic repetitive chirps. Their chirps can mean several things depending on their intensity, speed, volume, and how many birds are involved.

What is a Birds Sound Chart?

This is an identification guide to help you easily figure out the avian species by the sound they make. There are illustrated versions where you will see bird pictures and their corresponding sounds in words. You can also find interactive versions of this chart with playable audio.

So, what sound does a bird make? Knowing all types of bird sounds equips new birders with the knowledge to hone their auditory identification skills. It takes a lot of practice to be an expert birder by ear, but reading this article is a start.

Soon you’ll be able to grasp the noises of the Northern Mockingbird, a bird that makes many different sounds, or what species produce the squawk bird sound.

We hope you have a great time using your ears to single out bird species in the wild. Let us know what you want to learn about birds. Share your experiences with us. We love hearing from you!