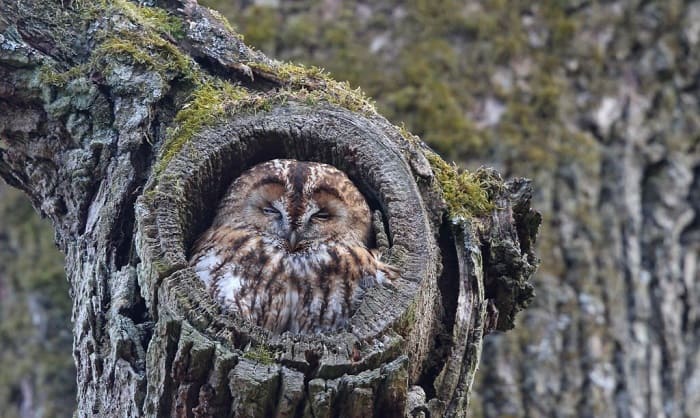 All living organisms need time to reboot their system to function well the next day, And just like any other living organism, birds do sleep, and they have a pretty predictable schedule for doing so.

Birds sleep at an average of about 10 hours per day on tree branches or bushes–their natural habitats. Birds usually sleep more in winter than in summer, but their sleep schedule still varies on the different types of behavior throughout their day.

So, what time do birds go to sleep? Most birds go to bed upon the last light of the day and sleep until the sun rises.

When Do Birds Really Sleep?

Just like humans and other mammals, birds also need to recharge their batteries. They do this by sleeping at night and sometimes, even during the day.

Most birds tend to spend their days searching for food or building their nests while they get their rest at night. Birds sleeping schedule overlaps that of the sun, as at sunset birds sleep and wake up at dawn.

Indeed, other species of their kind prefer to be awake at night and rest in the bright daylight.

Where Do Birds Sleep? 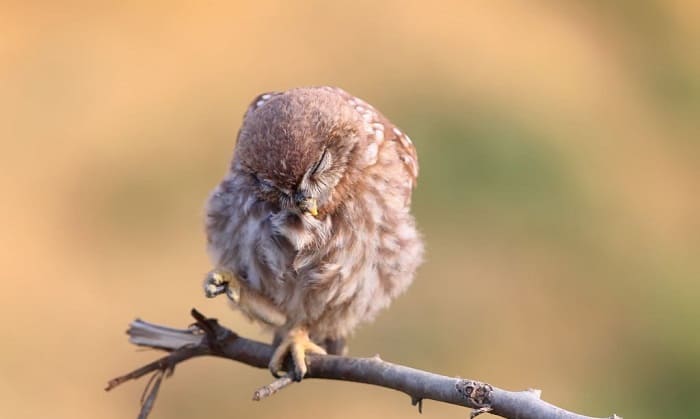 Birds have also been known to use power lines or rooftops as perches for their nightly slumber.

Some species of birds are known to build nests when they’re not using them for sleeping purposes, while others keep open nests that they can use as roosting spots no matter where they may be located at nightfall.

It’s important to note that some birds may choose different roosting spots each night rather than returning to one particular location every time they rest up—they may even sleep in their nest if it’s available!

How Many Hours Do Birds Sleep?

Birds sleep on an average of 10 – 12 hours during their resting time at night, more in winter and less in summer. This is because it’s colder in the winter, so birds don’t need to use as much energy to keep warm.

At night, the temperature drops even more and they don’t want to stay awake all night just because they’re cold!

Many birds will sleep during the day instead of at night because it’s too hot outside. They also like resting when there aren’t many predators around (like raccoons or owls).

Birds sleep in different ways, depending on their size and the type of bird.

But most birds sleep at night to avoid predators during the day. The exception to this rule is owls, who have evolved to hunt at night and sleep during daylight hours.

How Do Birds Sleep?

Birds sleep, just like we do. But there are some crucial differences between bird sleep and human sleep. First, birds have two types of sleeping patterns:

A bird’s body clock works much differently than a human does. Instead of going through these three stages over several hours each night (as humans do), birds may wake up after only one hour each day in these stages.

Myths About How Birds’ Sleep

There are a lot of myths about how birds get to rest. Many birds indeed sleep with one eye open, but this is not because of any heightened sense of awareness during the night.

Birds also do not sleep while flying or on only one foot (though some will occasionally perch in a tree branch).

And while it’s true that some bird species can be observed sleeping upside down or standing up, these positions are not necessarily their typical sleeping habits.

One myth about how birds sleep that has been debunked is that they all sleep in the same place every night; instead, each species has its own nesting habits and preferred places to rest at night.

What time do birds go to sleep? Well, birds sleep, and they do so at night and sometimes during the day just like humans. The myth that they don’t is likely because many of them fly away at night, but this doesn’t mean they’re sleeping.

Birds have different sleep patterns than humans and may wake up several times during the night, but this isn’t because they’re overly “nocturnal” in nature—it’s just because their circadian rhythms are very different from ours.