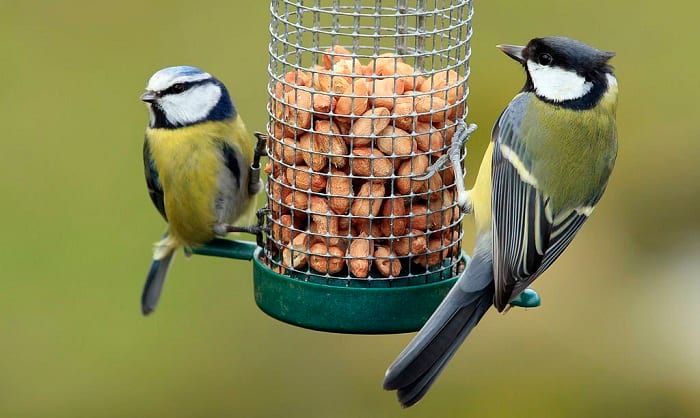 The activity of birds can be described as diurnal or nocturnal; some are active during the day, while others hunt for food at night. If you want to attract birds to your backyard, one of the first questions you should ask is: What time of day do birds feed?

The answer is they will eat all day, but most birds would intentionally look for food as early as sunrise to late morning, then come back later in the afternoon. Take a look below at the major and minor feeding times of birds. 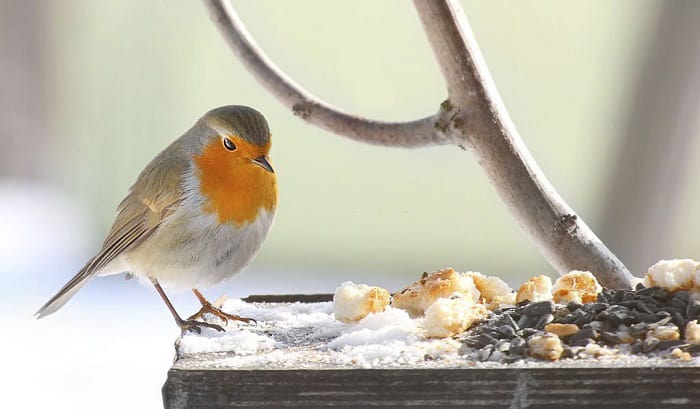 1. Morning – The Busiest Time of the Day

The majority of birds are diurnal: They wake up at first light and are active most of the day, finding food and flying to their destinations. Diurnal birds sleep at night, and because of their high metabolic rate, even when birds go to sleep, they are using up most of their energy reserves.

It is not surprising, then, to find birds appearing in your feeder during the early hours of the day. As soon as avians wake up, they need to replace all the energy they lost during the night.

Data from a bird feeding poll of a bird watching group show that birds feed themselves more during the early morning hours (sunrise to 9 am) compared to other times of the day.

Other observations show that birds actively appear on feeders from 7am until late morning or around 11am.

In general, wild birds will eat throughout the day to maintain their daily food requirements.

Birds will feed as often as they can, especially small to medium-sized birds such as passerines because they have a really fast metabolic rate, around 30-70% higher than non-passerines. Examples of passerines are finches, blackbirds, and orioles.

So, when do birds feed in the afternoon? After the early to late morning meal, most birds will not return until around late afternoon.

The reason for this late afternoon peak is that birds will try to eat as much as they can before night time, so they have enough energy for fasting when they sleep.

A few species of birds are nocturnal feeders or birds that go out and forage for food at night.

According to some backyard observers, the sightings of these birds in their feeders are fewer compared to the numbers at daytime. If you are interested in night birding, you can check a nocturnal birds chart to know what breeds in your locality are active at night.

With that in mind, here is a list of nocturnal birds:

In the summer, when days are longer, avians tend to spend a lot of hours looking for things to eat and drink.

Birds get their food more easily during this season as well. In nature, a lot of seeds and plants are available during warmer months, and you can put some nutritious treats into your feeder during this period.

Summer is also the time for breeding and nesting, so birds will go out to find food not just for themselves but for their babies, too.

Meanwhile, during winter, birds may have a smaller window of time to get food because the days are shorter and nights are longer. Avians must work double time because winter is a challenging season in terms of energy and food supply.

During this period, birds eating food rich in fat are not surprising in terms of diet choices. It is a survival mechanism to have sufficient energy to keep up with their metabolism during winter.

The risk of predators plays a role in the timing of birds going out to feed. If you do not see birds in your feeders at the usual peak hours, it could be because they sense the presence of predators nearby, such as hawks or your own cat.

Most birds will go out if their need to feed is more urgent than their risk of encountering predators.

Timing-wise, birds may seek food in the morning but eat them in late afternoon. This delay in meal time allows birds to remain lean and outrun their enemies.

In general, birds that are nocturnal will look for sustenance during night time Day time is for diurnal birds, which is a far larger group than the night feeders.

One species that has unpredictable behavior when it comes to feeding is woodpeckers. Since they’re solitary birds, you probably won’t see them going to your feeding stations in flocks.

They come out at daytime because they are diurnal creatures, but they could be very aggressive and drive other avians away from your feeder.

Related: Click here for more about 15 species of woodpeckers in Arizona and if you are looking for a feeder for your backyard, this article is made for you. 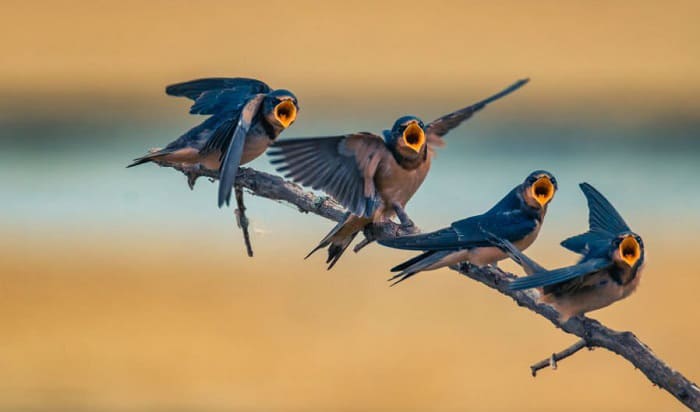 What time of day do birds feed most?

Birds tend to feed most in the morning, from sunrise to around late morning. Birds tend to gather food again and feed later in the afternoon, before the sun starts to set.

When are birds most active at feeders?

They’re most active during mornings and late afternoons, a few hours before night falls. So, time your treat distribution right. Leaving seeds out in the evening likely won’t yield results, unless your home has many nocturnal birds for some reason.

What is the best time to watch birds feed?

There is no hard rule for this; birds can visit your backyard feeders throughout the day. That said, if you want to see a lot of them, mid to late morning around 10am to 11am is a good time.

How many times a day do birds eat?

Given their high metabolic rate, birds eat several times a day. According to bird studies, granivores or seed-eating birds eat as much as eight times a day. Birds who consume insects have slightly fewer meals, around 6-7 a day.

If you want to see birds eat food from your backyard feeders, you should know the answer to the question: “What Time of Day Do Birds Feed?”

Most birds search for food during daytime, and once you know this fact, you can place your bird seeds and treats accordingly. At the same time, you will find pleasure watching avians visit your feeder all day.