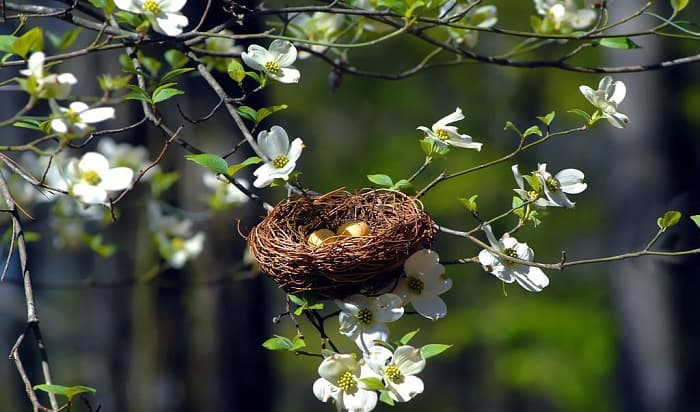 When is the bird nesting season? It’s during the early spring to mid-summer. The exact time could vary depending on the bird species and several other factors. It means it is very much possible that there are birds nesting outside of this period.

Whether you are learning this information to avoid bird-related issues on your property or you are a birder who wants to observe birds during breeding season, we’ve got you covered. Read on.

When is the Bird Nesting Season? 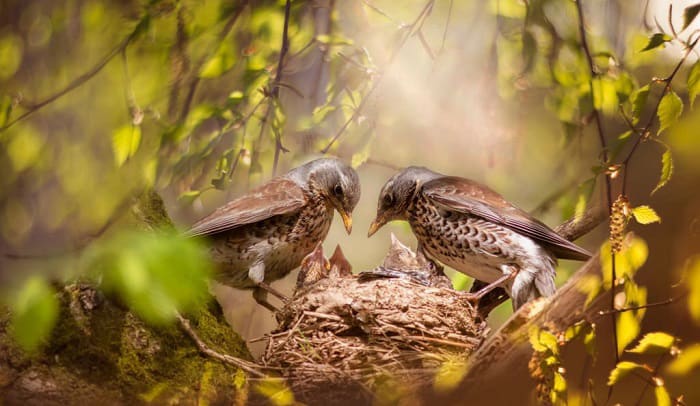 Mating season for birds starts in spring when everything is nice and warm. The exact time differs from one species to another, but the peak time for most birds is from March to July. This is when there is an abundance of food sources and nesting materials.

Some examples of wild birds’ nesting periods are that of the Crossbills which are considered early nesters, starting their breeding season in January.

Long-tailed Tits, Herons, and Ravens followed suit in February. For late nesters, we have Swifts, Sparrows, Martins, and Finches beginning their nesting season between April and May.

The timing of when birds start nesting and the duration of the bird breeding season is influenced by the following:

The nesting period consists of several stages. While the time they start this cycle and the duration varies, every avian undergoes the following phases:

There is a lot at stake during the nesting season. Birds are on high alert and have some protection strategies up their sleeves to defend their territory and younglings. You’ll observe some unusual behaviors that can only surface around this time.

When birds are preparing for the start of the nesting season, you will notice a few of them aggressively pulling window threads or fur from your pet dog or cat. The explanation behind this behavior is they are gathering materials to build their nests.

If you listen closely, the sounds they make differ from usual. There are many warning calls about possible dangers and the chirping noise from hungry fledglings.

Broken wing displays and dive-bombing are two of the well-known defensive behaviors of birds during the breeding season. The former is when the bird pretends to have an injured wing, a distraction display to draw attention away from the nest. The latter is an action against potential threats to scare them away. 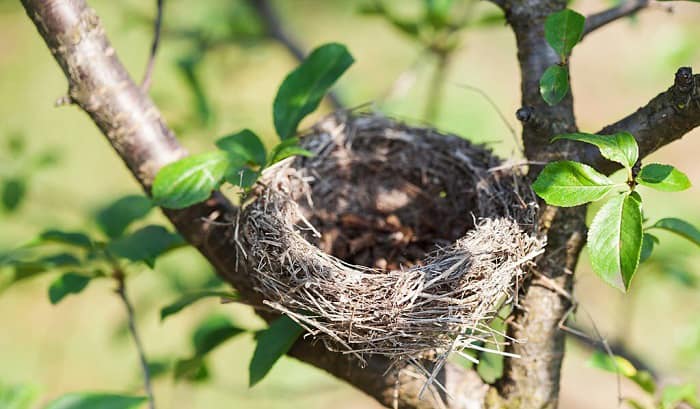 We answered more birds’ mating season questions in the next section, read on.

What is the law with nesting birds?

There is a bird nesting season law in place to protect and preserve the bird population:

Check your local and state legislation. There is a high chance that bird protection laws are in place.

What time of year is best to remove a bird nest?

Birds build nests at the start of the spring mating season when the weather is warm. Waiting after the nesting season is done is the best time to remove a bird’s nest. To be safe, do this between September to the end of January.

How long is the nesting season?

This can vary depending on several factors, but the time where it falls is between February to August. Based on this, the nesting season can extend for as long as six months.

How long does nesting last for birds?

Nesting can last from two to three weeks, depending on the bird species. This period is only in the last stage of the nesting stage where the fledglings naturally leave the nest.

If we are to consider all the phases from courtship to the younglings leaving their nest, it can last around three to four months. This can change depending on the bird species and their location.

When do birds start nesting?

It starts as early as February or mid-March and is marked by the first laying of the egg. Early nesters can start with the nest building two weeks before the egg-laying begins.

When do birds stop nesting?

The nesting season ends late in August. Once all the younglings depart the nest on their own (not by force) you can be sure they are done nesting.

When is the nesting time for robins?

Robins are one of the several early nesters alongside the common bill and woodpigeon. You will find robins gathering materials and preparing for a nest when the weather becomes gentle in January.

They will lay the eggs between April and August with this early start. Two weeks after, there’ll be robin younglings in the nest.

When is bird nesting season over?

Are birds done nesting? This one is tricky since the duration varies depending on several factors, such as the location and the bird species. For most birds, the nesting season ends around August once all the young birds leave the nest.

In this article, you got the answer to the question “When is the bird nesting season?”. In addition, you also learned important information related to this topic. We hope that everything we shared here satisfied your curiosity and enriched your mind.

Share some breeding season happiness with your family or friends who might appreciate reading this article. You can also give back some to us by sharing your bird nesting experiences. It is always fun reading your stories and what you have to say in the comments!