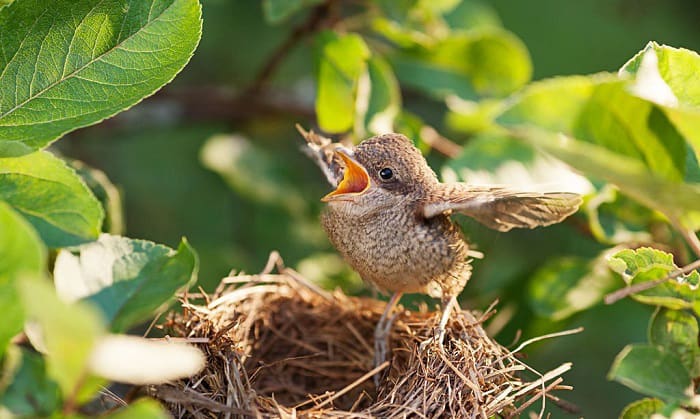 With its wings and freedom to explore the borderless sky, we all once imagined being a bird traveling the world. But have you ever wondered, where do baby birds go when they leave the nest?

Well, it turns out they don’t go that far. Baby birds have undeveloped wings and aren’t fully capable of living on their own, so they often hop and wander in the bushes or on the ground close to their old home where their parents can keep watch.

Keep reading as we discuss more interesting facts about bird leaving the nest.

How Birds Are Called at Different Stages of Life

First, let’s learn the terms for each bird’s life stages, shall we? Knowing them will make understanding the info below easier.

1. Birds that stay in the nest

Just like an infant, they need a lot of care and support from their parents to survive as they have undeveloped bodies and restricted mobility.

Just like a toddler, its body is starting to develop. The wings start to grow but are not strong enough for flying.

2. Birds that can leave the nest

Just like a pre-schooler, fledglings are ready to explore the outside world. Their wings might not be that strong and long, but they can clumsily hop and walk.

Just like a teenager, their physique is getting more defined. To illustrate, the bald eagle is capable at this stage but still not considered an adult until its brown head turns white. 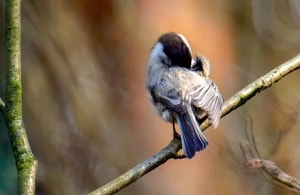 So, where do fledglings go? They commonly go in the nearby trees and ground, depending on the species. For instance, the nearby ground is often where baby Robins go when they leave the nest.

Since baby birds are not yet fully grown, they prefer to be no more than 300 meters away from their nest. This makes them accessible to their parents for food and safety.

Considering that they are only a few meters away from their nest, it raises a question, do they return or do baby birds go back to the nest at night?

The answer is no, because they leave for good! They never return to their old nest as they outgrew it, and it was already messy by the time they departed.

However, they usually sleep near their nest in the bushes or trees. Many birds also like sleeping inside cavities or abandoned birdhouses to keep themselves safe at night.

An interesting fact about birds sleeping is that they sleep half-awake! It sounds very tiring to us, but birds are accustomed to doing so. Importantly, this ability gives them the advantage to survive predators.

Fact #2: Traveling is a Survival Strategy

Contrary to popular belief, a bird’s nest is not the avian counterpart to human houses. Unlike our home, a nest is only a temporary place for the birds to lay their eggs and raise their hatchlings.

As the nestlings become louder, they also become an easier target for the predators. Aside from this danger, birds also need to avoid nest parasites and find food on their own.

Thus, a baby bird flying out of nest literally travels to live.

Fact #3: It take some time to leave 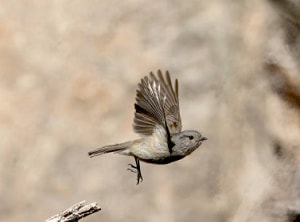 Songbirds are one type of avians that can leave their nest at the age of 12 days. However, large birds that grow slowly, like owls and bald eagles, spend up to three to six months in the nest before their first flight.

As fledglings transition into subadults, they go and venture out into the world even more. At this rate, the strength, beauty, and success of their flights increase.

Fact #4: Being alone doesn’t equate to being abandoned

It is true that the sky is a big world for these little creatures to explore. But when you see baby birds alone, don’t mistake them as being abandoned.

As baby birds leave their nest for the first time, they might look naturally weak and helpless. But don’t worry, as there is a high chance that their parents are already keeping an eye on them.

So whenever you see a fledgling, it is best to just leave it alone. However, if you notice that birds are in danger, you can hide them in a bush close by, or if they are injured, you can call for a veterinarian’s guidance.

In nature, fledglings proved that great things indeed start with small beginnings. They leave their nest not fully grown, not secured, and just stay near their nest in trees or bushes. But once they reach adulthood, they can fly smoother and farther.

Now, you know where do baby birds go when they leave the nest. We hope that you had a great time reading the facts of why, where, and how our feathered friends leave their nests and explore the world.

Before you go, don’t forget to check our other articles that are related to bird behavior:

How to Take Care of a Bird Egg? – Things You Should Do

Those who watched the 1996 film Fly Away Home may harbor fantasies of hatching their ...

Why is My Parakeet Shaking? – 7 Main Reasons

Parakeets are also known as budgerigars or “budgies” for short. They are lively, colorful birds ...

What is the State Bird of Oklahoma? – Scissor-tailed Flycatcher

Several states in the United States have a specific bird to represent their territory. These ...

What is the State Bird of Iowa? – The American Goldfinch

The first state to select the American Goldfinch as state bird was Iowa in the ...

What are Four Calling Birds? – The Truth Behind Them

The delightful tune of “Twelve Days of Christmas,” which was first published in 1780, will ...

Mealworms are not real worms. If they’re not worms, what are they for real then? ...