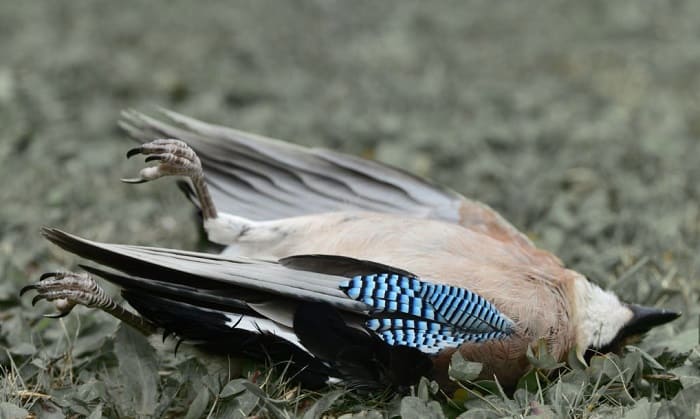 Millions of avians die every year, but aren’t you curious why you rarely see dead birds? Where do birds go to die? The fact is, when birds feel like they’re dying, they look for isolated settings to face their death.

After the birds die, their bodies are scavenged by animals. They become food to hungry scavengers, and only the feathers are left scattered.

When avians are not feeling well, they look for a cloistered location, where dead birds go. The most common sites are:

Birds always seek secluded areas, like the ground for birds that are ground-nesters such as skylarks, curlews, redshanks, yellowhammers, snipes, and lapwings when they are about to die.

As for treecreepers, parrots, woodpeckers, cockatoos, nuthatches, chickadees, and owls, they opt to recuperate in tree cavities when they are ill.

Brown thrashers, cardinals, gray catbirds, and other birds seek refuge in dense shrubberies when they feel like death is inevitable.

In a nutshell, birds go to places they’re familiar with when they die. They seek comfort in tree cavities, on the ground, and in thick shrubberies because these places are where they nest.

However, no matter where the avians go to face death, they are usually not alone for long. Predators come for them to feast on their weak bodies. If they do die on site, scavengers feed on them. And if the birds are lucky enough to escape their normal fate, they decompose easily. 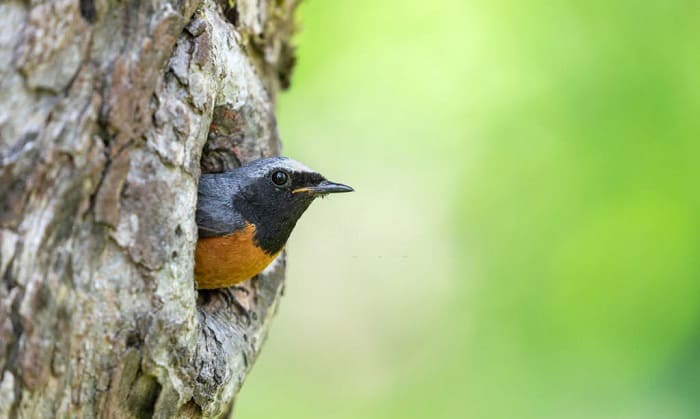 Birds don’t have as long a lifespan as humans do. And so it follows that they die in volume, considering their large population. But why do you never see dead birds?

Do birds have superpowers that they vanish when they die? Or is the explanation more in line with science? Let’s find out why people rarely see dead birds.

Additionally, feathers are lost because rodents like to consume them for calcium, and beetles eat them for their protein. And once they’re done munching their meal, there is no trace of birds for the humans to see.

Do Birds Go to Heaven

So what happens to birds when they die? Avians serve a purpose in this world, and after they fulfill their role in the cycle of life, they go back to the earth.

However, religious beliefs state that birds do have a place in heaven.

Facts About the Death of Birds

Old birds are a rare occurrence simply because in the cycle of life, avians are part of a food chain. They are predators of insects, and they eat plants and seeds. But birds are also meals for larger birds and other animal predators,

Common Causes for Deaths of Birds 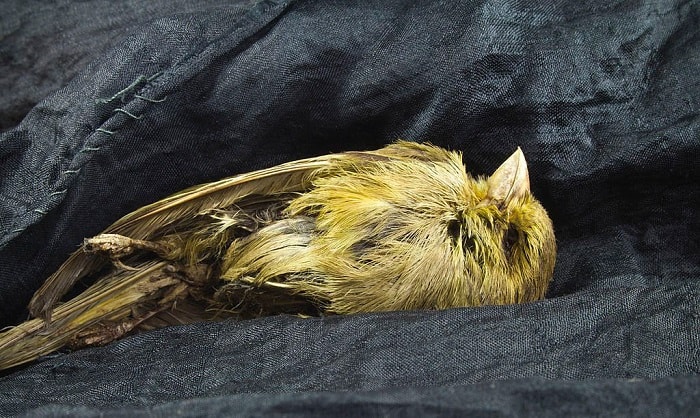 Birds die like all other living creatures in the world. However, they don’t just drop dead from the sky, and they seldom reach their maximum lifespan. So how do birds die? Let’s explore the common reason why birds face death early in life.

Predators are on top of the list when it comes to the death of birds. They are relentless in chasing after their next meal, and it so happens that birds are abundant in number.

Even when the birds are healthy, they are at risk of becoming meals by the beasts of prey.

Birds get sick for many reasons, such as food poisoning, hunger, and harsh weather. When they are sick, they succumb to death by seeking remote places.

However, most of the time, predators and scavengers feed on them or take their bodies away for their young ones before they can die peacefully.

It’s common knowledge that birds often fly into the glass windows of houses. And when they do, they experience head trauma which is fatal.

Often, they die on the spot, which means extra cleaning for you. And many times, birds are capable of flying to seek refuge in secluded spots.

Cardinals, swallows, robins, and other birds like to perch on electrical wires. Typically, doing so is safe, as evident by the hundreds of avians roosting on cable wires everywhere.

But, if birds happen to touch two wires at the same time, they get electrocuted and die.

Often, birds like pigeons, chickens, turkeys, sparrows, and other species become victims of roadkill. This happens a lot, even though birds do know how to fly. And often, birds killed on the road are snatched by scavengers.

Both migratory and non-migratory birds are vulnerable to death through freezing. When winter comes, not all birds make it to a warmer climate.

Same as not every non-migratory bird can fully adapt to the cold weather. Many birds die in freezing temperatures, and they often become food to the surviving predators.

Parasites like mites can infect birds with diseases that raise the fatality of flocks. With the spread of a disease, the birds can lose full functionality of their feathers.

And because of this, predators can easily catch them and feed on them. Aside from mites, ticks can also bring diseases to groups of birds.

The question as to where do birds go to die is clearly answered now. They seek secluded sites like the ground, shrubberies, and tree cavities.

There are multiple reasons why birds face death. But before they lose their lives or die, scavengers and predators take hold of their bodies. The fact is that humans rarely see dead birds because avians are part of the cycle of life.

Besides, you also can refer more to our other topics that are related to birds behavior: