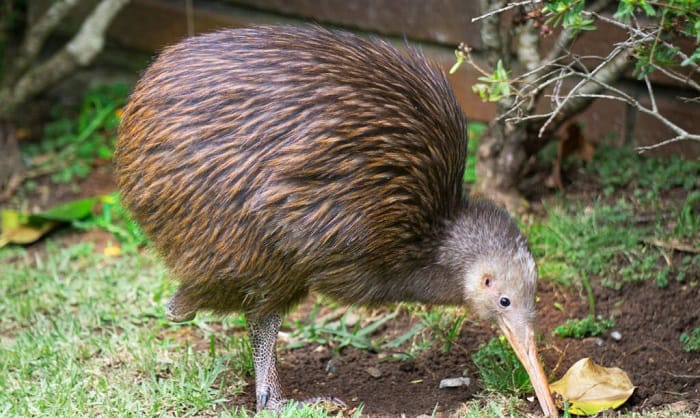 While that alone answers the questions you have about the kiwi animal, there are other important and interesting things about these nocturnal birds. In the article below, you will learn about kiwi bird habitats, kiwi bird locationz, and more!

Where Do Kiwis Live

Kiwis are known as New Zealand’s icon. Around 25% of the country’s original rainforest remains intact, making it a prolific area for endemic species like kiwi birds.

They are only native to the country since the trees and shrubs in their natural habitat are found nowhere else. You will see a kiwi living in steep and wet forested areas.

There are many subtropical and temperate forests, grasslands, farms, wetlands, and dunes in the region. Pointing out a single kiwi location is not easy. So, if you want to better understand their habitats, read on.

Kiwi Species and Their Habitats

Due to geographic isolation and the fact that these birds cannot fly into the trees, kiwi birds have not migrated much. They only make burrows in the ground. 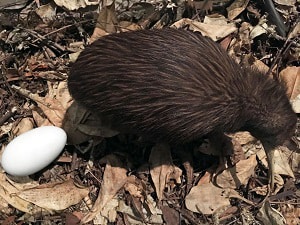 This kiwi species is found on the North Island, as its name implies. It is the only species native to the region. Its varieties are named after distinct areas: the Eastern, Northland, Western, and Coromandel.

You can spot them easily; they have pointy dark brown feathers with reddish-brown and black streaks.

Unlike other kiwi species with a specific time to lay eggs, the North Island Brown Kiwi lays an egg in any month of the year, with its peak period between June and November. The population of these bird species is approximately 245,500. 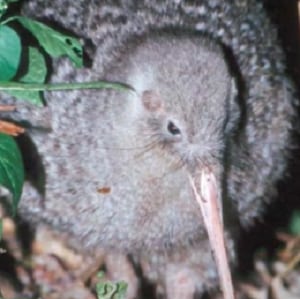 Also known as the kiwi pukupuku, you can find the little spotted kiwi on several offshore islands like Kapiti Island and in a sanctuary in the heart of Wellington. There used to be a large population of these kiwis in the north and west of the Southern Island, but they died out in the 1980s. Now, there are only over 1,500 of them.

This type of kiwi is the smallest of all kiwi species on this list. They are pale brown and sometimes light brown and white. Due to their size, they are easier for cats and dogs to prey on. 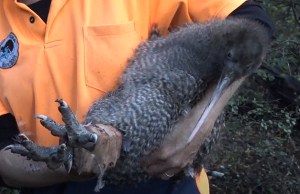 This type of kiwi has an average height of 45 cm; thus, it is considered the tallest among all kiwi species.

You can find it in the northwestern part of the South Island, which includes the Paparoa mountain range, Nelson, and Arthur’s Pass.

Aside from the size, the great spotted kiwi looks a lot like the little spotted kiwi in terms of physical appearance and color. The estimated number of these kiwis is less than 14,800 due to predators attacks and invasive species. 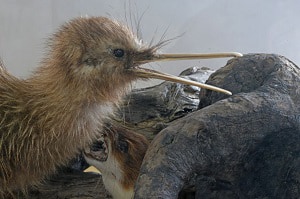 The Okarito Kiwi, Rowi Kiwi in some New Zealand regions, inhabit the small forest areas near the small town of Okarito on the South Island. You can also find them on other islands without mammalian predators.

Rowi Kiwi is the most endangered of all kiwi species, with only 500 of them left. Preserving efforts are made and put in place, including turning the South Okarito forest into a Kiwi sanctuary protecting the bird from predators.

This specific kiwi species is very timid and it tends to come out when it’s dark to avoid daytime predators and humans. Its feathers are soft, not spiky, and streaked with black and brown. 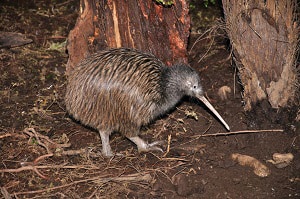 Commonly found among the Westland in the South Island, the Tokoeka Kiwi is often referred to as the Southern Brown Kiwi. This species has three varieties divided among Stewart Island Tokoeka, Haast Tokoeka, and Fiorland Tokoeka.

The Tokoeka Kiwis in Stewart Island are unique since they look for food during the day, unlike most kiwi species, which are nocturnal.

These kiwi species have a variety of colors, from dark to reddish-brown. Their feathers are similar to the Rowi Kiwi, soft and streaked with black and brown. Out of all the kiwi species, the Southern Brown Kiwi population is dense and more stable thanks to the minimal presence of predators in their habitats. However, out of the three, the Haast Tokoeka has the least population, with only 400.

There are still many things to know about kiwi birds. Take a look at this list of frequently asked questions with answers.

Kiwis are strong swimmers, but they are not likely to paddle, especially when crossing large rivers. They have long legs that are theorized to step on stones or small islands in the water.

Kiwis are extremely territorial and can be aggressive when provoked. They are likely to bite when they recognize danger. Their sharp claws make them unlikely and dangerous pets.

Kiwis have loose feathers than can be likened to fur that does not molt throughout the year. They are the only birds with nostrils at the end of their beaks, making their sense of smell unrivaled. They also have tiny wings but cannot fly. 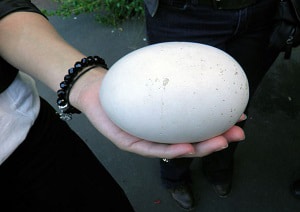 Yes. The average clutch size of most kiwi species is one egg, except for the brown kiwi, which is two. Despite the large size of the egg, it is laid quickly.

5. What hemisphere do kiwis live in?

In the Southern Hemisphere, where nearly all ratites, such as kiwis, are found.

6. What are kiwi birds’ predators?

There are around 68,000 kiwis left, making them an endangered species. About 2% or 20 unmanaged kiwis die every week.

The kiwi’s small population size is due to several factors, including inbreeding, genetic diversity, and vulnerability to localized dramatic events, such as disease or an increase in the number of predators. The limited dispersal and lower chance of finding a mate further worsen the decline.

While answering, “where do kiwi birds live?” we have shared more than just the habitats of these birds. While their primary location is in New Zealand, different species occupy various regions in the country.

We hope that this information helped you get closer to knowing kiwi birds. It is a great experience to see one in person, but with deforestation on the rise and the current number of these birds, we might be running out of time. How can we help these endangered kiwi birds?

Before you go, don’t forget to check other interesting facts about other birds: