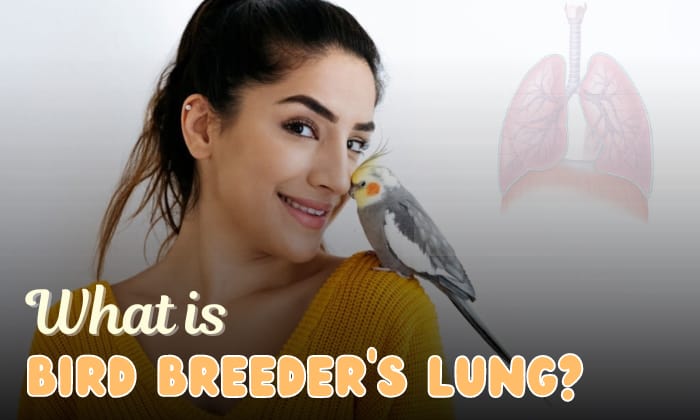 This pulmonary disease is caused by a hypersensitivity reaction caused by inhalation of antigens from pigeon dung and feathers. Antigens are proteins that can cause immune reactions, in this case, the bird proteins cause an allergic reaction in humans.

So which birds are pigeon breeder’s lung primarily contracted from? Here are the species of birds that have been reported to cause bird fancier’s disease.

List of Birds Pigeon Breeder’s Lung Are Primarily Contracted From: 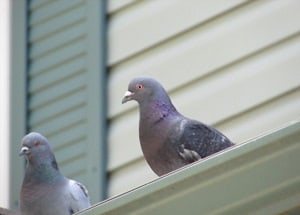 Pigeons and doves belong to the same family of birds (Columbidae). These birds can be found everywhere except in deserts and polar regions, so they are relatively common birds in residential areas.

Many people keep them as pets. That’s why exposure to these birds has been commonly reported as a cause of pigeon disease or bird fancier’s lungs. 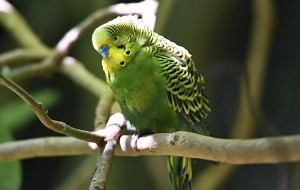 Parakeets belong to the order of parrots. They are small birds that have distinct yellow and green feathers with black markings on the wings, neck, and back.

They are very popular as pets because of their ability to imitate how humans talk. People who keep them as pets can be at risk for bird lung disease or pigeon breeder’s lung.

The cockatiel belongs to the family of cockatoos and is a native bird found in Australia. Similar to the parakeet, they are also bred as pets and are popular in households. It has a characteristic crest that can indicate the emotion of the bird or its general mood and has long tail feathers.

Case reports have cited that in pet owners who experience hypersensitivity reaction of the lungs, cockatiel as pets in the household was a significant factor in these cases. 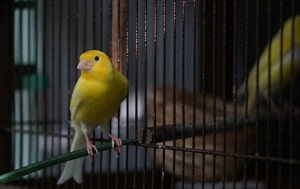 Canaries are small passerine birds belonging to the family of finches. They are small domesticated song birds that have been popular as pets since the early 17th century.

They are usually caged or placed in aviaries. Therefore, their feathers and droppings can cause an allergic reaction manifesting as inflammation in the lungs called bird fancier’s lung.

Chickens are commonly domesticated birds that are raised and bred for a variety of purposes. Roosters are usually bred for cockfighting, while hens are bred for eggs.

They are also raised for their meat and as pets. Because of the domestication of birds, bird fancier’s lungs have become a common reported condition, and chickens are one of the common causes of this.

What is Bird Breeder’s Lung?

The bird breeder’s lung is a hypersensitivity reaction triggered by protein or antigens found in pigeons and other bird manure.

Avian antigens that cause this may also be present in birds’ feathers, causing an allergic reaction that manifests as pulmonary symptoms because of inflammation in the lungs or pneumonitis.

Those affected with this condition initially present with cough, difficulty breathing, and flu-like symptoms such as fever and fatigue.

Exposure of the person to antigens present in bird excreta will trigger the symptoms described above. They will generally resolve after 24-48 hours. Still, once the individual is exposed to the avian antigen, the same hypersensitivity reaction will happen again.

Those who are continually in the presence of birds such as pigeons, parrots, cockatiels, ducks, turkeys, and even chickens are at high risk of having pigeon poop disease or pigeon fancier’s lung.

Breeders of pigeons and other birds are predisposed to developing the chronic bird feeder’s lung (BFL) characterized by pulmonary fibrosis because of repeated exposure to bird poop and exacerbation of symptoms. The end stage is respiratory failure, and this is one of the bird fancier’s lung’s fatal complications.

Can chickens cause bird fancier’s lung?

Can pet birds cause lung problems?

Yes, pet birds such as pigeons, parrots, and cockatoos can cause lung conditions.

Aside from bird fancier’s lung, other severe conditions such as Cryptococcosis and Histoplasmosis are caused by inhaling the powdery substance that contains the antigens in pigeon droppings.

Therefore, it is important to prevent bird keepers lung diseases by following safety protocols when caring for birds.

While anthrax infections are classified as infectious through the transmission of the bacteria Bacillus anthracis, the Pigeon breeder’s lung is inflammatory.

It is classified as an immune or allergic reaction and therefore is non-infectious.

Can pigeon breeder’s lung be treated?

Yes, the most effective treatment for this disease is steroids such as prednisone.

However, it is best that you avoid the source or the cause of the hypersensitivity reaction, such as bird poop and feathers. Exposure to bird antigens can trigger another reaction and should be avoided entirely.

Another way to prevent bird fancier’s lung is to wear protective equipment such as masks when handling or cleaning bird cages.

What is the prognosis of patients with Pigeon Breeder’s Lung?

In patients with bird fancier’s lung life expectancy will depend on the extent of pulmonary fibrosis. Those who avoid the triggering allergen found in bird stools and bird feathers can recover completely.

During one of Led Zeppelin’s concerts in San Francisco, six white pigeons were released at the end of a song. Instead of flying high up in the air, one of the pigeons landed on Robert Plant’s outstretched hand.

It stayed there for a few seconds, long enough to be captured and immortalized in a photograph by Neal Preston.

What are the pigeon poop disease symptoms?

The following are common symptoms that arise after being exposed to Pigeon poop:

These are also known as Histoplasmosis symptoms, and they usually develop 3 – 15 days after coming into touch with the dangerous excrement.

It is essential to know that birds can cause diseases in humans. However, we can avoid severe diseases with the proper practices in handling and keeping birds.

We discussed which birds are pigeon breeder’s lung primarily contracted from and this knowledge is vital for those who are fond of birds or those who work closely with birds.

If you think this article was helpful, let us know in the comments or share this with other bird enthusiasts.