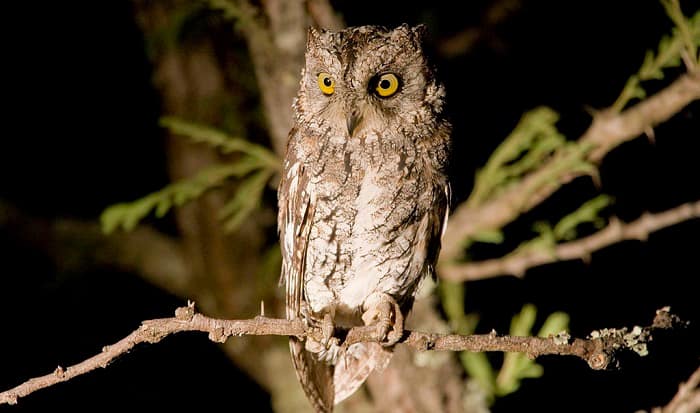 There are typically eight main reasons for birds chirping at night, which include birds sending alarming signals, looking for partners or their family, noticing danger, calling for help and so on. So, let’s go over in-depth why do birds chirp at night.

Most birds are cautious of surrounding objects and everywhere they go. Therefore, they can quickly sense if danger is around. For example, an unusual loud noise, nest quaking or predator approaching and proceeding to attack them.

When threatened, birds tend to be very noisy and chirp constantly. Warning signals are not only sent out to their own species but also to others. They also chirp loudly because the loud roar and aggressive behavior of the predator make them frightened and distressed.

Other birds nearby may notice and fly away to timely protect themselves. Sometimes, they will chirp back as a response to these alerts, which results in a further increase of noise levels.

Usually, male birds are more proactive in singing to attract the females. They will try to sound as beautiful as they possibly can to attract the mate. This is common for the majority of nocturnal birds and also a few diurnal species.

However, this process does not happen all the time because the birds’ breeding season is mainly springtime, which is the height of the ‘loud bird chirping at night’ period. 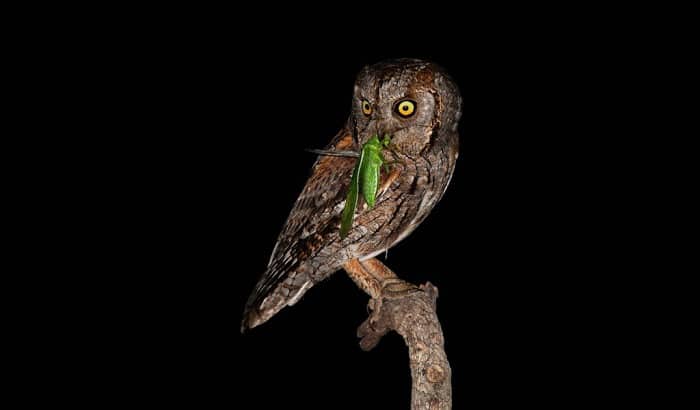 Starving birds, when successfully finding their food, often chirp to express delight and celebrate. In a flock, if one of the members spots a reliable source of food, they will chirp as a signal to inform the others.

On the other hand, there are competitive situations when food becomes scarce and birds may chirp loudly and hop around to fight each other for the food.

When a bird is lost from their flock, it will chirp ear-splittingly to hopefully get noticed by the flock. In this case, it might chirp for a remarkably long time.

Moreover, most birds chirp for flight calls. This is when they have the intention to join a migration. At this point, you may ask yourself “Why don’t they migrate in the daytime?” Well, they choose to migrate when it gets dark because the stars and moon help them navigate accurately.

When in flight, chirping is a cooperative strategy, which makes it easier for birds to warn each other and stay safe together. 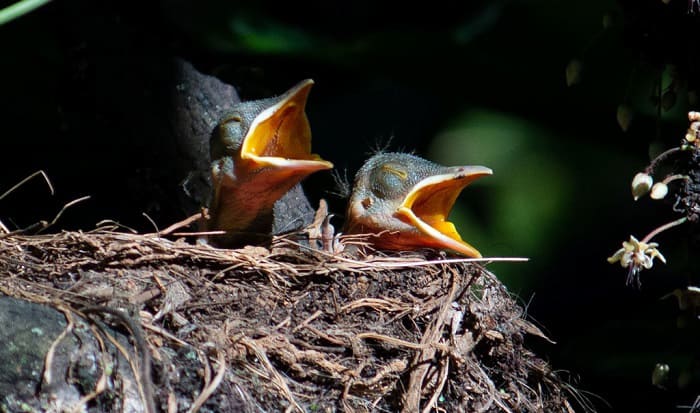 Baby birds obviously cannot take care of themselves so they need constant protection and supervision from their parents. However, the parents are not always by their side because they wander around to rummage for food. Therefore, whenever hatchlings and nestlings are hungry, sick or scared but the parents are not with them, they won’t stop chirping to indicate that they need to be taken care of.

Birds are very selective when picking and choosing their nest site. Once they’re pleasant with it, they want it for themselves and will defend it at any cost. If another bird tries to approach and take over the nest, birds will aggressively chase the opponent away by chirping and singing loudly. Besides, they take full advantage of their chirping to declare their territory. 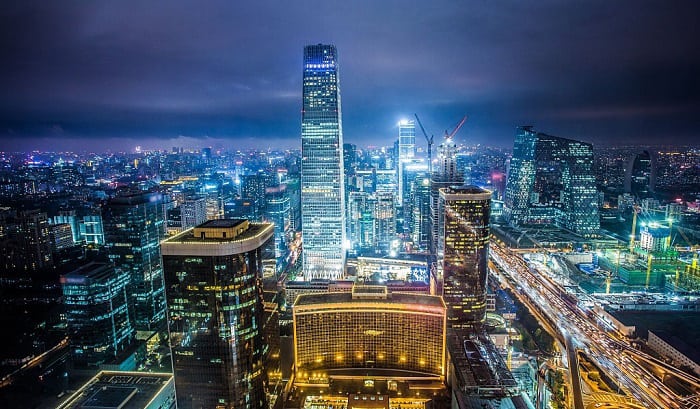 One of the prime reasons that causes birds to chirp mainly at night is because of light pollution, which is a type of pollution when there is more than enough light. When the night arrives in big cities, artificial lighting, such as streetlights and skyscrapers, is often mistaken for natural sunlight by birds and because of that, they can’t help but get confused and disoriented.

Instead of resting at night, they will stay active and chirp believing that it’s daylight hours. For birds from urban areas, it could possibly take them a long time to get used to and get back to their normal life cycles.

In addition, in daylight when humans are active, we accidentally create loud noises and movements everywhere, such as through traffic, construction, and loud conversations. The vast combination of these sounds is likely to disorientate and confuse the birds. Therefore, late night situations are more comfortable and convenient for birds.

Although birds are exclusively unique for their beautiful and melodic singing and chirping in the animal kingdom, naturally, not every bird is born with a perfect singing. Even if they do, they have to nurture their singing along with more skills like observing or controlling their chirping tone properly. The reason for this is because chirping is an indispensable social skill which helps birds survive and maximize their life quality.

Once they are capable of singing, they manage to carry out flight calls, communicate with others, attract the mate, warn danger and th,eat, and declare their territories.

In case you don’t know, the way birds learn to sing is no different to the way baby humans learn to speak, which is mimicking. When the parents are singing and chirping, baby birds will observe, listen carefully, and then imitate continuously to improve their singing.

However, the baby birds do not realize or take notice that they actually learn to chirp every day, it is simply their natural instinct to keep imitating and eventually perfecting their chirping. Watch this to see birds learn to sing in reality. 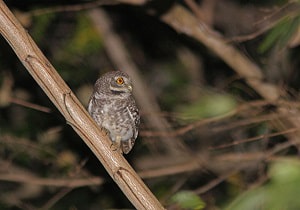 Barred owls are originally native to North America. With excellent eyesight as they can see everything clearly no matter how dark it is, these owls are designed for hunting at night, looking for little mammals and other birds. As I mentioned above, breeding season is the height of bird sounds, which is when these owls make hooting and gurgling sounds. 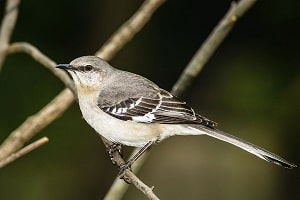 The majority of northern mockingbird is currently found in central America, Canada, and Mexico though they are originally from South America. Besides, northern mockingbirds are one of the few birds that have hundreds of songs in their whole lifetime and most of which are triggered by the full moon. 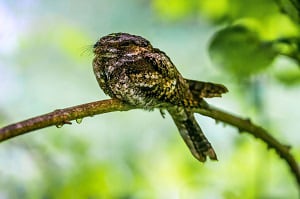 Whip poor wills range in several urban regions and are well-known for their habit of singing in summer nights. Popular as they are, you can find it challenging to see them because they are experts in disguisement. Unfortunately, the number of whip poor wills around the world keeps decreasing, and they are on the verge of extinction because of the loss of insects – their main source of food. 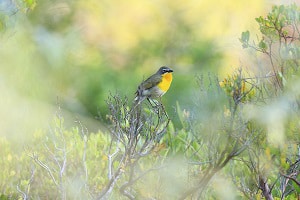 If the whip poor solely chirps in summer nights, yellow breasted chat normally chirps in springtime only. During spring nights, you are likely to hear scratchy and chatter notes from them in broad areas. Warblers like them are widespread in cities and they are gradually populous throughout time. 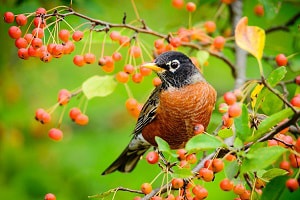 Similarly, American robins chirp mostly at night and mainly because of the peaceful atmosphere that only late nights can offer. Their singing is described as a cheerful and spring vibe melody and sometimes even sounds intense and alarming. Robins frequently make this sound whenever they want to look closer at something far away.

Most of us expect to wake up early when the sun rises and the birds are chirping but are surprised when there are still birds that exclusively chirp late at night. Whether they are delivering a danger signal, making an effort to attract mates or singing with their family in the middle of the night, these melodies are naturally beautiful that represent their habitual behavior truthfully.

So, at this point, I have provided you with the answer to your curiosity: “Why do birds chirp at night?” To conclude, if out of a sudden, you wake up hearing birds at night meaning they are just communicating. Most of them are absolute nocturnal birds, five of which are listed above, and a few of them are diurnal birds.

Next time, if a bird song accidentally interrupts your deep sleep, don’t be frustrated. Instead, you should understand that it is simply birds’ natural behavior.