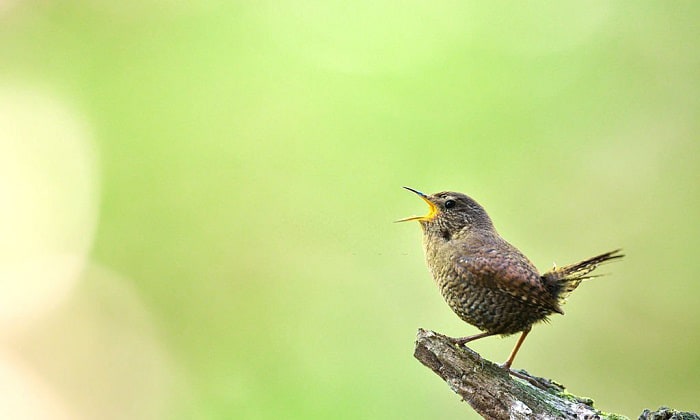 Every morning, you wake up to the musical vocalization of your favorite songbirds. But have you ever wondered, why do birds chirp in the morning? Well, they do so in order to mark their territory, engage in courtship, and also to announce the beginning of a new day. Plus, birds chirp loudly at dawn because they’re hungry.

The loud chirping of birds at the break of dawn is referred to as the dawn chorus. At this time, the songs are livelier.

Fascinating Facts About the Dawn Chorus

Many bird enthusiasts turn to Reddit to join a community of birders. And the fact is, many twitchers are still unaware of why exactly songbirds are louder and merrier in their chirping at dawn.

This musical vocalization of various bird species is called the dawn chorus.

The collective singing of birds happens daily but is more noticeable during the springtime. It is mostly because fowls are looking for mates to participate in the breeding season. Though all birds sing, there are a couple of songbird species that chirp loudly at dawn.

Reasons Why Birds Chirp Early in the Morning 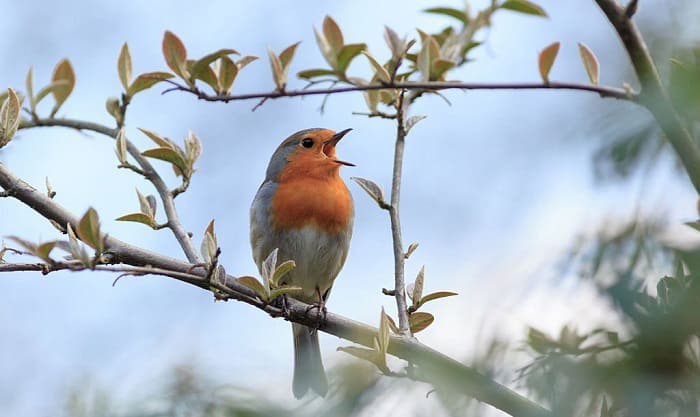 Birds wake up so early, and every morning, 30-90 minutes prior to sunrise, they chirp happily.

This dawn chorus performance is typically led by robins, blackbirds, wrens, and song thrushes. And then other songbird species join in the singing activity. They all sing their hearts out until the sunrise ends.

Here’re the possible reasons why songbirds chirp before the sun rises.

Male birds sing in the morning to attract female mates for the breeding period. The singing prowess of the males is one of the major factors for females in choosing a mate. Females are known to partner up with males with the best songs and musical vocalization.

That’s why at dawn, if you hear loud chirping, they’re usually from male passerines. It’s their way of proving to the female songbirds that they’re strong enough to protect their mates and offspring.

Birds chirp early in the morning to announce their mark on their chosen territory. They want other birds to know that they have claimed their spot. This is especially true during the breeding season.

Aggression is normal for avians while mating. Male birds sing so loud in the morning to show their neighbors who’s the boss. During the singing competition, the weaker birds show defeat by transitioning to another song.

Birds like to showcase their musical vocalization, and humans love their songs. They chirp loud and clear at dawn because there is no competition yet. Traffic is not yet a problem and other sounds coming from the human population.

Indeed, avians are heard chirping merrily before the sun rises because it is a peaceful time of day. The world is still quiet, and their songs spread to various places.

Reason #4: They are hungry

Most birds make noise in the morning because, like humans, they feel hungry upon waking up. Avians are awake very early, and they chirp fast and loud to get ready to hunt for food. Baby birds especially chirp very early to ask for food from their parents.

And so, at the start of the day, birds feed themselves and their families multiple times. When properly fed, they sleep well at night and wake up energized. And then the cycle repeats.

If you want to know exactly when do birds start chirping, they actually start very early at dawn. They do so, especially when they find a good food source. Chirping noisily means that the birds secure their spot and make sure that other avians will not come near their food.

And so, if you have a bird feeder, avian singing is normal before sunrise. Most of the time, bully birds scare smaller birds away through their aggressive chirping and taking control of the feeder.

Birds so loud in the morning are usually males warning off predators and other bird species. Male birds are extremely protective of their families, and will always be guarding their nests. They’re responsible for bringing food to their mates and baby passerines. Most importantly, they protect their nests starting from dawn.

The night can be challenging for birds. Diurnal bird species roost in the evening, and they go hungry too. That’s why in the early morning, primarily males and fewer females chirp very loudly to show signs of good health.

Singing happily at dawn means that the birds are well-fed and were able to survive the night well. Even though hungry, they still have the energy to sing very early and are ready to face a new day.

What Kind of Birds Chirp in the Morning? 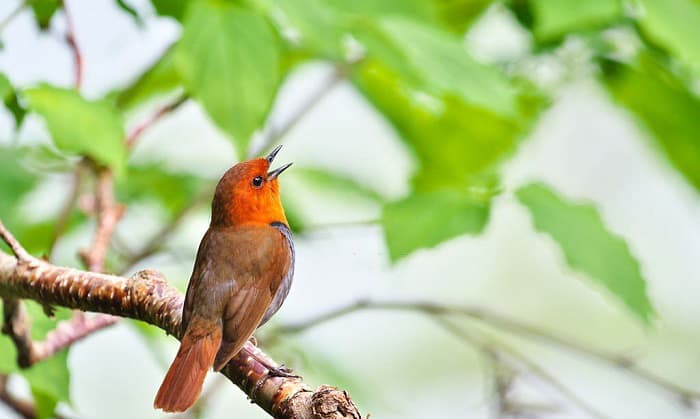 Songbirds are the passerines that serenade humans early in the morning. Their songs vary depending on the species, but they’re all lovely musical creatures. Birders do love waking up to the happy chirping of birds. The songs are relaxing and melodious.

The birds chirped loudly every morning before sunrise are:

Most of the time, these birds perch on the highest tree branches, electrical posts, buildings, fences, and outdoor lights. They sing their songs along with various avian species. Once the sun rises, they start foraging for food in the wild and in bird feeders.

However, take note that birds usually chirp throughout the day. But it is at dawn that their voices are the loudest.

Birds chirp at 4am, and their beautiful song combination is renowned worldwide. Millions of bird enthusiasts appreciate the early morning chirping, enough to have created a dedicated International Dawn Chorus Day.

This special event happens every first Sunday of the month of May.

On this specific day every year, humans intentionally wake up very early to listen to the most fantastic symphony.

This global celebration started in 1980 in Birmingham. More than 80 countries take part in the International Dawn Chorus Days, and this natural event just gets bigger every year.

Many bird lovers wonder if there is indeed a spiritual meaning of birds chirping in the morning. Birds have always been a symbol of freedom. They are highly regarded thanks to their capability to fly and be near heaven.

Birds singing at dawn may be viewed as a message from the spiritual world. They represent prosperity in many cultures and fortunes to many. In a nutshell, hearing birds happily chirping before sunrise is relaxing, soothing, and a major mood booster.

Now you have the answers as to why do birds chirp in the morning. They do so because they like the peace and quiet; they protect their nests, showcase their singing prowess, show signs of good health and hunger, and claim territory and food source. And this early morning performance is called the dawn chorus.

To show superior value to the bird’s symphony, the International Dawn Chorus Day was established every first Sunday of May. Additionally, dawn chirping may have a spiritual meaning, depending on how birders look at things.