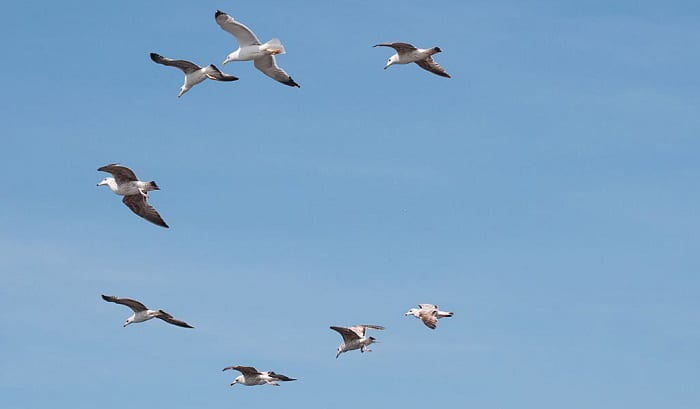 The effortless flight grace of birds is fascinating, especially when they fly in a circular motion. And for sure, you wonder why do birds fly in circles. Primarily, avians follow a circling flight pattern to make use of thermal, which is the gathering of warm air that provides lift to birds.

Additionally, the circular flying performance of birds is due to many reasons. And there are various meanings to seeing this flight pattern, including spiritual symbolism.

Why Birds Fly Together in Circles 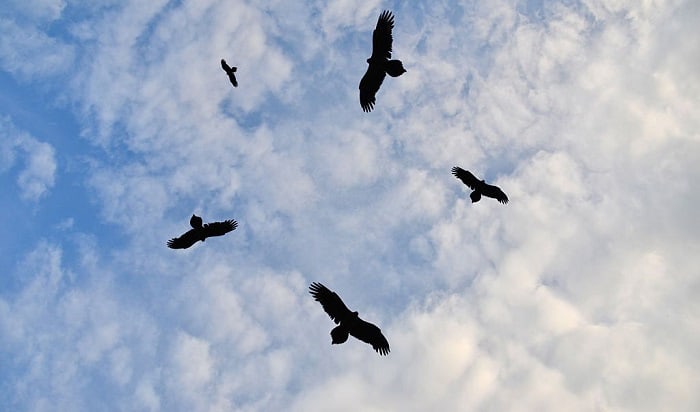 There are different reasons why birds follow a ring-shaped pattern while in flight. In this section, we will discuss the many reasons why do flocks of birds fly in circles.

1. Making use of thermals

Most of the time, birds fly in circles in large groups between morning to mid-afternoon. They do so because thermals occur that heat up the air at this time of day. This allows the avians to fly without flapping their wings and go in a circle.

With the use of thermals, the birds simply spread their wings without exerting energy for flying. However, it’s important to stay within the thermal range, and so birds fly in circles.

However, not all birds take advantage of the warm air that effortlessly lifts birds upward. And not every avian species fly in circles to make use of thermals. 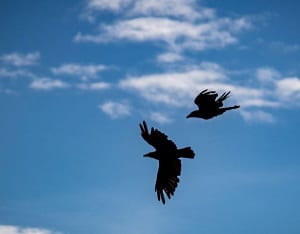 It’s true, birds fly in circles before a storm because they can sense the shift in the weather. Avians are known to display calm behavior before the onslaught of a storm. And so, they fly in a rounded pattern before settling in a safe place. It is safer and less energy-consuming for them to find a shelter before the bad weather occurs.

Predatory birds such as condors, hawks, gulls, vultures, pelicans, and eagles fly in circles to search for prey.

They ride the thermals to look for their next meals. These birds have exceptional eyesight that makes them see their prey even from up high.

Scavenger creatures like the buzzard birds circle around dead animals so they can feast on carcasses. They can spend hours soaring in the sky and searching for dead animals to feed on.

Though this eating habit is not ideal, often, the scarcity of food drives birds to practice scavenging. Some bird species do prefer dead animals compared to fruits and seeds.

Birds have many predators, and some of them are larger avians. That’s why it’s a nice trick to confuse the beasts of prey by flying in groups in a circular pattern.

This way, predators cannot focus on one bird to catch since dozens are airborne at once, and circling around.

At sunset, birds fly in circles together prior to returning to their homes. And before they go home, they fly in circles as a huge group to protect each other from predators. 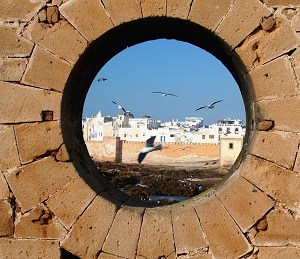 One of the reasons why there is a swarm of birds flying in circles is to find the right direction. While navigating their path, birds can lose their way, especially during migration. And to get back on track, they fly in a disk-like pattern to find their exact route.

Not all birds fly in flocks. And some of the solitary birds or those found in pairs or small groups fly in a circle to ride an updraft. They use the warm air to find a higher level of updraft and then another in upper levels. Larger avians usually perform this, as they can fly high in the skies.

Before birds migrate, they form in large groups and circle around the sky in order to invite more avians to join them. Migration is typically performed by hundreds, if not thousands of birds. And such feathered creatures like starlings invite other birds to come with them by flying in circles. 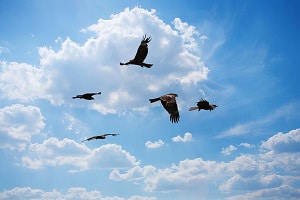 Migrant birds that travel long distances fly thousands of kilometers from home. They journey without taking a break from flying, which can take up a lot of their stored energy.

So, small birds flying in circles are common in order to save energy and rest in the sky. Once they are well-rested, they resume their flight path and seek warmer regions.

In a nutshell, flying in a circular pattern allows the birds to save their energy. This is particularly true when the avians are migrating. Let’s take a look at the reasons why avians glide in the sky in circles.

9. Murmuration or a dance

Hundreds of bird species, including black birds fly in circles to create a mermerizing dance.

What Does It Mean When Birds Fly in a Circle?

Bird meanings have always been part of every culture and tradition. Sometimes, symbolism depends on the avian species, and at times they mean something in general.

Regardless, birds hovering above in a ring-shaped formation symbolize something. And there are a couple of meanings to this flight performance. Let’s explore them all.

There are indeed many reasons why do birds fly in circles. They are able to accomplish this flight performance thanks to thermals. And they glide in a ring-shaped pattern as flocks because of food, safety, and energy-saving.

Additionally, seeing birds orbit up high has spiritual meanings, regardless if you see them in a dream or in real life. But of course, you have the choice to accept whatever symbol suits you best.