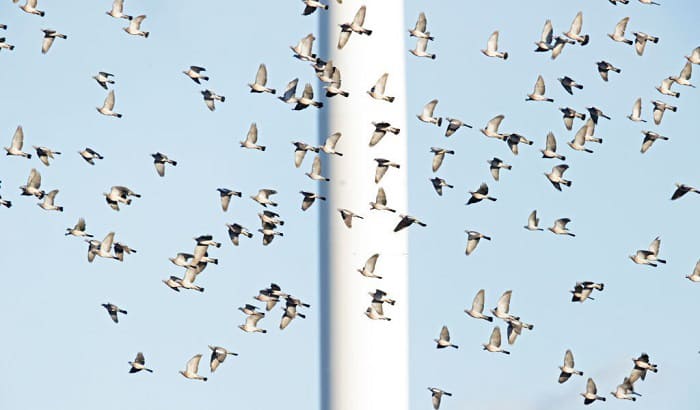 Avians indeed hold one of the most bizarre behaviors among the Kingdom Animalia. With their unique characteristics, some birds can sing, some can dance, and some swim. But why do birds fly south for the winter?

The ultimate answer to that is food. Once the winter wind blows, their food resources begin to decline, which creates a substantial impact on their survival. Keep reading as we will delve more into a deeper understanding of bird migration.

Birds Migrate South in the Winter Due to Food Shortage

Plants, insects, and food drops are abundant throughout the summer season, offering birds a great deal of food to eat. In fact, birds settle in locations where they may find the finest food sources for both themselves and their young.

However, these food supplies tend to plummet as winter approaches, making it difficult for them to survive. To prevent starvation, birds migrate to warmer places.

Along with its freezing temperature, the snow and ice during winter also challenge the birds to secure safe nesting locations. Staying places their health at risk and makes them vulnerable to predation.

Thus, birds flying south for the winter don’t only help them find their food sources but also shelter them in a safer and more suitable ecosystem. 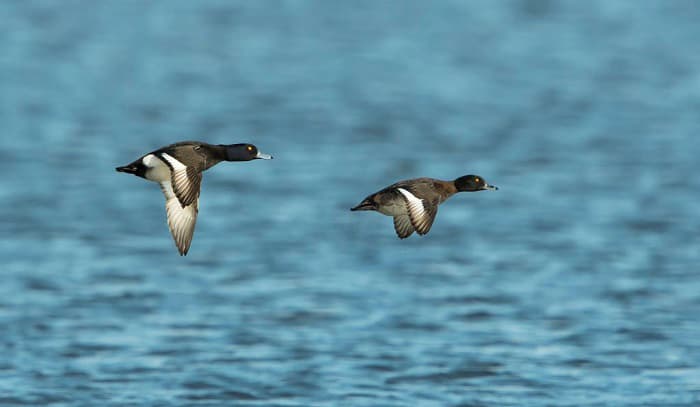 We have already tackled that the reason why birds fly in the winter is to survive starvation. But the truth is, various natural and man-made threats are also waiting for them before they even reach the south.

For instance, when migratory birds rest and start to starve along their route, the destructed habitats aggravated by pollution will make it harder for birds to find food sources and temporary shelters for them to migrate successfully.

Not All Birds Fly South for the Winter

While some birds are headed to warmer places during winter, some birds, such as Common Raven, Blue Jay, and Northern Mockingbird, stay around for the winter.

Experts found that birds can endure the toughest weather as long as there is an adequate food supply. And this is possible due to their none other than and very own insulator – feathers.

There Are Different Types of Migrating Birds 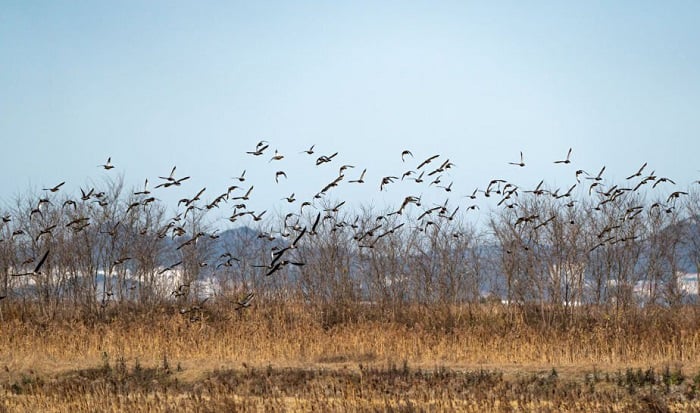 In the world of avians, bird migration is defined as a seasonal movement, flying over thousands of kilometers between breeding and wintering regions.

Surprisingly, nearly half of the world’s bird species are regular migrants! For the numbers, this is about 40% of the total bird population, and 4000 out of 10,000 known bird species.

These are some of the migratory birds you might have observed above the sky: 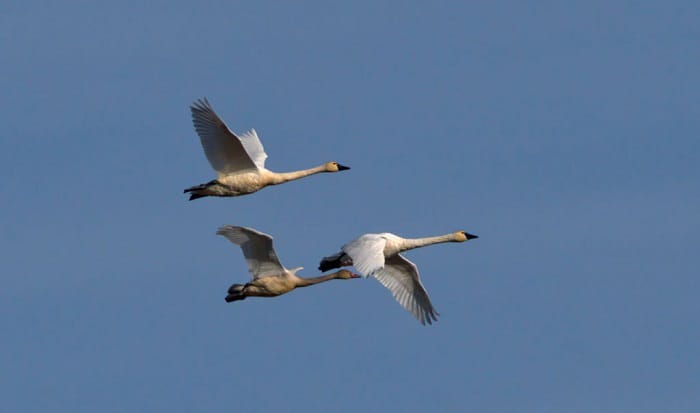 1. How do migratory birds navigate their way to the south?

Well, there’s no exact answer for that, but here’s what we know. Migratory reflexes and the ability to navigate could be genetically encoded.

Researchers also revealed the theory that birds have a magnetic mineral inside their brain which could enable them to detect Earth’s magnetic field. Another impressive study is that they use constellations to navigate during the night times.

2. Why do birds assemble in V formation during the flight?

You might notice most birds fly in a V formation as they migrate. Such a formation allows easier flying, saving them energy during the long journey. In fact, this same principle is applied to aircraft.

Also, birds follow their leaders to ensure protection and the right direction during migration.

3. Why do migratory birds fly south for the winter?

Because it is too far to walk. Just kidding! That one is for the winter joke entry and geometry worksheet answers. On a serious note, birds fly in the winter because of reduced food supplies necessary for their survival.

The avian species has evolved into spectacular and brilliant creatures. Their adaptation skills allowed them to experience the world above seas and mountains, unlike any other life form.

The public and well-studied researchers have appreciated these extraordinary behaviors of migratory birds by researchers.

Now that you are illuminated on why do birds fly south for the winter, we hope that you enjoyed your quick yet informative, exhilarating journey reading this article. If there is more you want to expand, feel free to share the information with others.

What Does It Mean When There Are No Birds Around Suddenly?

It’s always pleasant to have bird visitors in your garden who brighten up the landscape ...