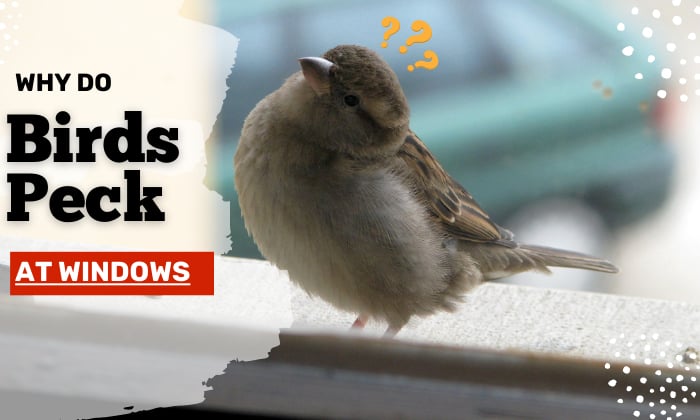 If you witnessed birds knocking on glasses, including your window, you might be curious about the reason behind such a behavior.

So, why do birds peck at windows?

The answer is because they can see their reflection on it and perceive it as a threat to their territory. This behavior is often observed in hostile bird species during the breeding season.

But there is more to know about this action. Let’s read more about it in the following section.

Reasons Why Birds Peck at Windows 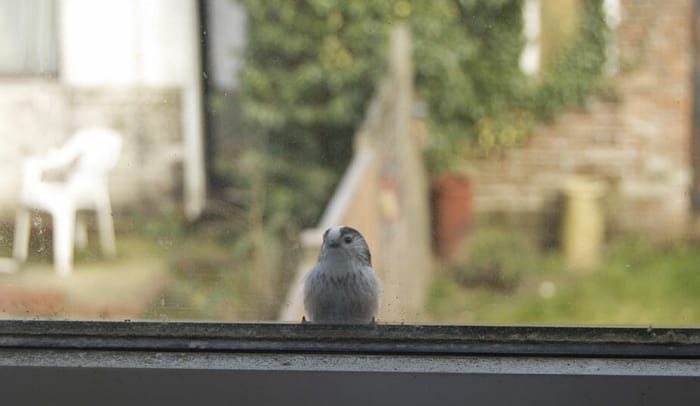 A bird keep pecking at my window every morning, why do they do this? There are several possible explanations for this behavior, but it is primarily because of their reflection on the glass that they perceive as an enemy.

An increase in window attacks during nesting season in spring and early summer is noticeable. This will decline in late August when breeding reaches its end.

The root of this action all boils down to territorial aggression. Remember, this differs from a bird-window collision, which is a much more severe issue.

Birds can see their reflection in windows and mistake it as an intruder trying to take over their territory or hurt their baby birds.

That is why you see them attacking their mirror image to drive them away. But since it is no real bird but itself, it does not go anywhere. So they just keep on hitting the window.

There are also cases where the birds’ pecking behavior happens outside the breeding season. If you have a feeder attached to your window, birds might peck at it to tell you their food source ran out of seeds.

Birds in the tit family resort to attacking windows in autumn and winter. Looking closely, you will notice that they specifically target the window frame to forage insects and spiders stuck in the corners.

Some putty has fish oils or linseed that act like a magnet for these window-tapping birds.

Why Do Birds Peck at Car Mirrors? 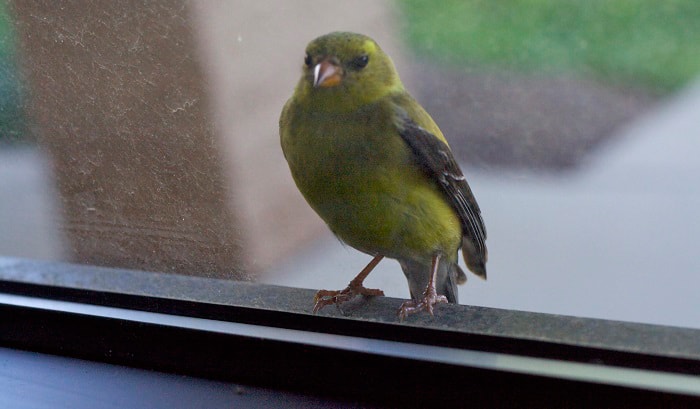 A bird constantly pecking at window has a similar purpose to those pecking at car mirrors. These attacks can last for up to 20 mins and are repeated several times a day. In worst cases, it can linger for weeks until the bird has exhausted itself.

The action looks brutal, but it cannot cause serious injury or death. However, it can distress homeowners and exhaust the birds. In addition, it diverts their attention from nesting and defending actual intruders.

To dissuade aggressive and territorial birds from this tiring and disruptive behavior, you need to remove the reflection. Here are some tips on how:

American robins peck at windows as witnessed by many homeowners. Another bird species that displays this behavior is the Northern Cardinals. This is pretty common for avians frequently visiting suburban areas or those that nest on shrubs and trees near houses.

There are also instances where you will see goldfinches, wild turkeys, and northern mockingbirds attacking windows, but it is infrequent.

What is the Meaning of a Bird Hitting Window Repeatedly? 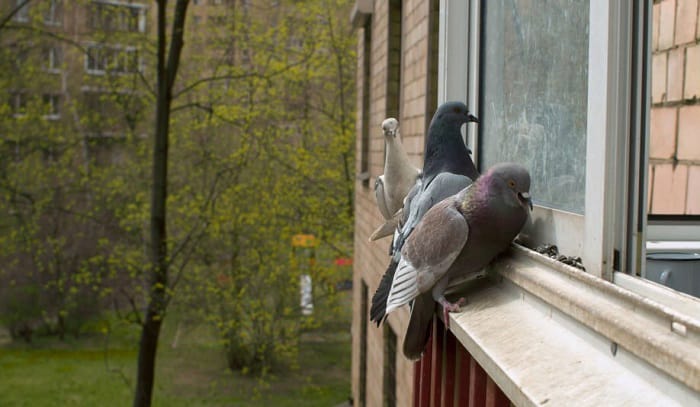 A bird knocking on a window for Islam has several significances:

These spiritual meanings are based on beliefs and traditions. This could also change depending on what bird species are hitting your window.

When people notice birds knock on windows, they might think of a distressing illness or a new beginning. It depends.

We now have a better understanding of goldfinches’ behavior after discovering the reason “why do birds peck at windows”. Next time you see birds pecking at window frame, you know what causes the repeated action.

Did you find the article helpful and entertaining? Share this with anyone you know who you might hear saying ‘why is an Oriole pecking at my window?’ What do you want to read from us next? Comment below. We love hearing from you!