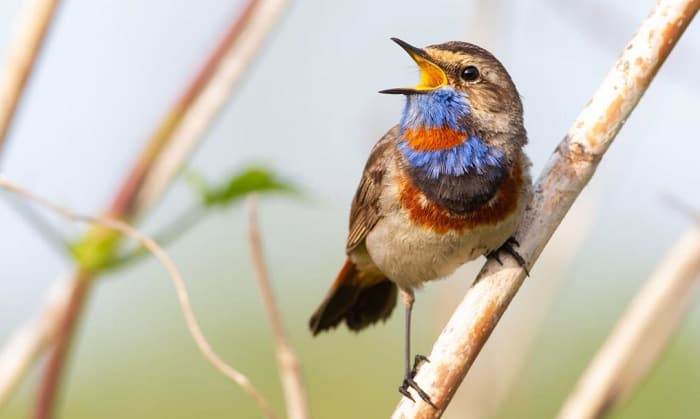 Whether you are a serious bird watcher or a non-birder, the songs of the birds are music to your ears. Bird songs create a melody that soothes the heart, and everyone stops to listen. But why do the birds go on singing? There are various reasons why the avian species chirps, hums, and sings, but they do so mostly to attract new mates or protect their nests.

Additionally, there are different kinds of songs that birds produce. Learning about them paves the way to identifying certain bird species. And the process of spotting birds through their songs is exhilarating.

Why Do Birds Chirp 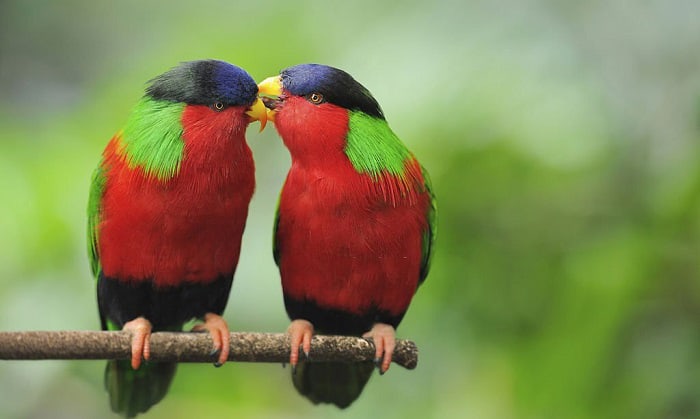 Birds are known to sing various songs, but it is mostly the males that belt out their musical voices. But of course, the female birds can sing too, since they respond to the calls of courtship from their potential mates. Baby birds can sing as well, which makes all members of a bird family singers.

But why do the birds go on singing at dawn throughout the day and at night? There are different reasons for this. And we will explore them one by one through this post.

Birders do love to hear birds sing. But not to burst your bubble, but songbirds sing not to make humans happy but to protect their territory.

The avian species alert their mates regarding threats to their nests to ward off predators. Songbirds also sing to lure a mate for the breeding season.

In many cases, avians sing because they are marking their territory. Most birds are territorial in nature, and when it’s nesting time, they do not allow other male birds to come close to their nests. And so, by singing, the songbirds mark their turf to keep other birds away from their home.

Birds are weak during the early morning when they are hungry. And so the male birds sing at dawn to pretend to the female avians that they are healthy. They simply want their potential mates to see them as fit for breeding. And they don’t want to show their weakness before the sun rises.

One of the main reasons for birds chirping is to find a mate during the nesting season. The male songbirds do the singing to lure potential mates. And it is the responsibility of the female birds to choose a male mate.

The female avians decide on which male bird to mate with according to the mixture of appearance and vocal cues. The fact is, even the most attractive feathered male bird cannot find a mate if their voice is not super good.

Once the male and female birds decide to mate, they sing together. It is what is referred to as a courtship duet. They do so to make their bond stronger and strengthen their commitment to build their own avian family. More importantly, singing a duet during courtship allows the males to announce that their newfound female mates are not available for courtship by others anymore. And then, they start the breeding and nesting process.

Reason #5: Stay connected with the flock

When birds migrate, they stay in communication with the rest of the flock by singing what are called contact calls. While in mid-flight, the birds talk to each other through chirping, which allows them to make sure that the flock is complete and no bird is left behind or gets lost.

Birds whistle and sing their merry songs for many reasons. One of them is to signal the birth of their young.

Just before the eggs hatch, the parents sing a melodious song to wait for their new babies to come to the world. And the nesting birds engage in a song prior to hatching regardless if it’s their first, second, or third hatching process.

Baby birds cry for help whenever they are hungry, feel threatened, and simply want company. But for the adult birds, when the songs are scarce, chirping means they are in danger. They keep quiet not to let the predators know about their location. But singing for help is something that newly hatched birds do.

Well, birds sing simply because they can, and they want to. The songbirds are blessed with beautiful musical voices translating to their language. In fact, science cannot say exactly why birds sing, and the judgment is still out for this one. However, avians can sing, and they are pleasant to the human ears.

Birds that sing at nighttime are nocturnal birds, and they sing after sundown simply because they are born that way.

There are many nocturnal birds in the world, including Nightingale, hooting owls, Mockingbirds, Whip-Poor-Wills, and more. 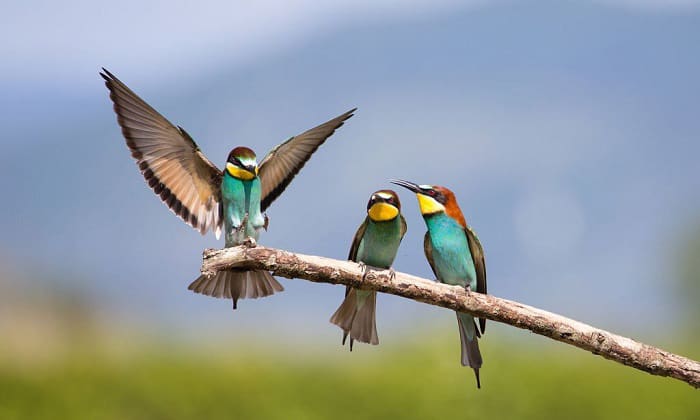 The songs that songbirds sing differ in many ways. They are the language of the birds, and each song has its own meaning and purpose. If you’re wondering how birds make noise for long hours, then the answer is the “syrinx”, which is the vocal organ of avians.

This pea-sized organ makes it possible for the songbirds to make a variety of sounds for communication.

One major tip for helping you identify the different avian songs is to download an app for bird songs. Or you can purchase a CD containing birds’ songs for easy identification.

Why do the birds go on singing? Now you know the different reasons why. You also have a clearer perspective on the language of birds, and how they communicate. And understanding their songs can help you become a better birder in identifying the kind of song produced.

We want to spread the knowledge about the songs of birds. Kindly help us reach a wider audience by sharing this post with your friends. And let us know what you think.