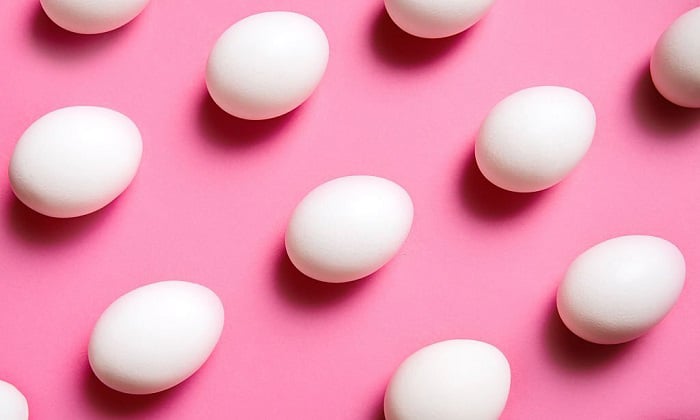 The color of the eggs that birds produce is determined by many factors such as breed or genetics, nutrition, disease and age. White is the default color of eggs but some birds produce colored eggs such as brown and blue eggs.

So, what bird lays pink eggs? Certain breeds of chickens lay pink eggs and some birds such as the Tree Swallow and Melodious Warbler have been documented to produce pink eggs. 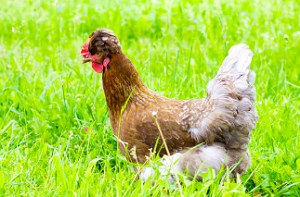 The breed of chicken determines the type of eggs that they lay. In general, the predominant color produced by chickens worldwide is said to be equal between white eggs and brown eggs.

So, what makes a chicken lay pink eggs? Genetics is the main factor, the health of the hen could also influence the color of the egg, as well as environmental factors such as exposure to sunlight.

Here are some breeds of chickens that produce medium to large pink bird eggs:

This breed originated in France. It is called so because of the pinkish or salmon tinge on its feathers. They are a lively and noisy breed.

Bred originally by farmers in France for their meat and good egg production. They lay an average of 4 eggs a week (180-200 eggs per year), usually pinkish in color.

Silkies have fluffy feathers as seen in pictures of this breed. Usually raised and bred for their cute and unique appearance plus their egg-laying ability. This friendly breed can lay an average of 100 small pink bird eggs every year.

This breed of chicken is from the Indian subcontinent and bred mainly for gaming purposes. The hens of this particular breed lay only a few eggs a year, around 40-70 brown to light pink bird eggs.

The Buff Orpington is an ancient breed of chicken, first bred back in the 1880s by an Englishman by the name of William Cook. They are large fowls that are usually raised for their meat and for egg production.

The hen produces large brown to pink eggs. They can lay around 200 to 280 eggs every year.

This English breed is valued for both its hefty meat and the good number of eggs it can produce. The Light Sussex comes in different colors such as brown, buff, light red and silver.

They are a docile breed and easy to take care of. They are also good producers of large-size eggs that may appear cream, brown or pink in color. The Light Sussex is capable of producing 220-240 large eggs per year! 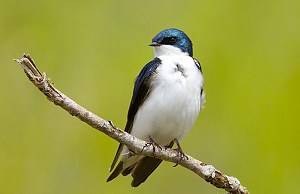 This migratory bird of the family Hirundinidae is widely found in North America. It has a distinctive metallic blue color on the dorsal parts and has white underparts.

During the nesting period it produces a clutch of two to eight eggs that are usually pale pink on hatching and the color transforms to pure white after 4 days. The incubation period usually lasts for 11 to 20 days. It produces 1 to 2 broods a year. 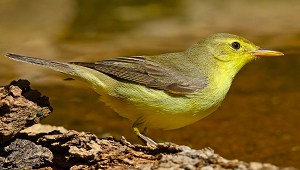 This kind of bird belongs to the group of Old World Warblers. It breeds during the months of May to July and usually builds its nest on trees or shrubs.

This medium-sized passerine bird with brown and yellow plumage is migratory. It flies to western Europe and north Africa during the breeding season. The female melodious warbler bird lays pink speckled eggs. It produces four to five eggs per clutch and sits on it for 12-13 days during the incubation period.

What animal has pink eggs?

Examples of animals that have pink eggs are birds particularly chickens and some species of songbirds such as those listed above.

Another animal that has pink eggs is the freshwater snail Ampullariidae also known as an apple snail which is considered a delicacy in some countries and a pest by many rice farmers in Asia.

Can bluebird eggs be pink?

Yes, identification of the bluebird can be done just by looking at its characteristic blue eggs but sometimes bluebirds can produce a clutch of pink eggs.

This is also determined by the pigment deposited on the egg shell before the egg is fully formed and laid. If the eggs of the bluebird are pure white it will usually have a pinkish tint.

Why are eggs pink?

The color of the eggshell is primarily dictated by genetics and this depends on the breed. Pigmentation is also a factor.

All egg shells are made from calcium carbonate but once this layer is done, pigments may be deposited into the egg from the hen’s oviducts causing it to have a tint or color. For pink eggs the pigment responsible for the color is protoporphyrin which is responsible for red eggs, as well as pink and brown eggs.

Does the location of the nest influence the color of the eggs?

Yes. According to studies made on nest locations, birds that nest on trees usually produce green or blue eggs.

Birds that nest near or lay eggs on the ground are speckled with brown spots or black spots that serve as protection or camouflage to hide the eggs from predators.

An example of this is the robin’s eggs which may be identified as having a bluish color but it is also not unusual to find speckled robin eggs.

You have reached the end of this informative article and by now you have gained some useful knowledge about what bird lays pink eggs.

Isn’t it amazing that birds can produce not just white but also pink eggs? What are you waiting for then? It’s time for you to share this knowledge to your friends who might be interested in knowing these cool facts about birds by sharing the link.